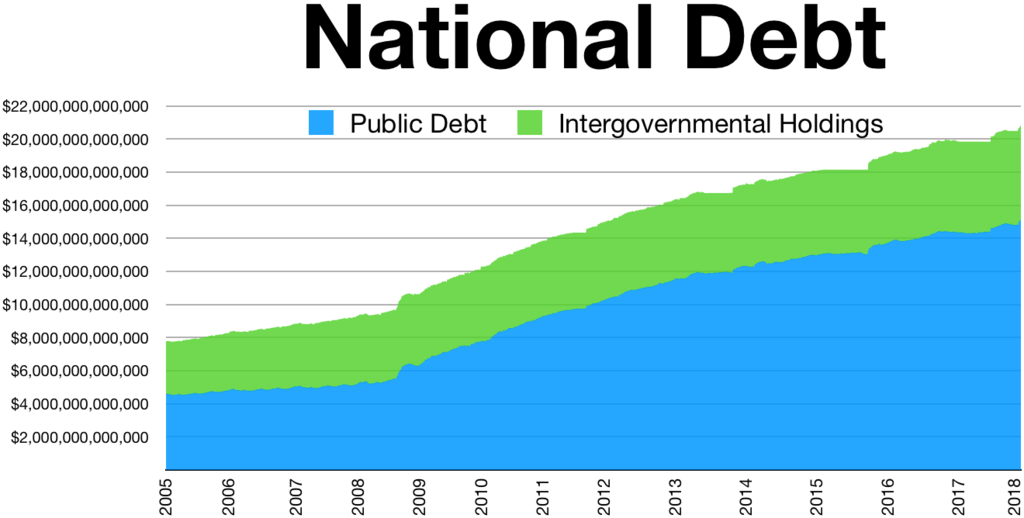 House Republicans took it on the chin this midterm election cycle. The loss was in keeping with historical precedent, but let’s be clear-- Republicans lost the House because they failed to deliver on their campaign promise to cut spending.

While Republicans were successful in passing tax cuts, they failed to cut spending in any way, shape, or form while holding a majority in the House and Senate. Whatever happened to the fiscal responsibility Republicans passionately called for under the Obama administration?

For all their talk of spending cuts on the campaign trail, Republicans have been asleep at the wheel in Washington. Republicans forgot to govern like Republicans, and the fiscally conservative base of the GOP punished them accordingly at the polls.

If there is any silver lining to the GOP losing the House, it’s that deficits tend to decrease as spending slows under divided government. In fact, the last time Congress passed a balanced budget was with Democratic President Bill Clinton in the White House.

Gridlock is often used as a dirty word, when in reality, it can prevent unnecessary spending and harmful expansions of government. As former President Calvin Coolidge once said, “It is much more important to kill bad bills than to pass good ones."

Since the Eisenhower administration, the average spending increase under a united government was 4.67 percent, compared to just a 2.55 percent average increase under divided government. This holds true regardless of which party controls the levers of power.

When Republicans only controlled the House in 2010, they opposed virtually any spending proposals by Democrats because they weren’t their spending proposals. From 2008 to 2015, under a Republican House and Democratic Senate and White House, the deficit fell 70 percent.

As we’ve seen during the first two years of the Trump administration, congressional Republicans misplace their fiscal discipline when they hold control of both chambers and have no excuses standing between themselves and the debt crisis. They willingly appropriate billions of taxpayer dollars on their own pet programs and sit back, hoping the American people don’t notice.

The fiscal 2018 budget deal was a financial monstrosity that blew through spending caps like a hurricane. The United States is already on track to spend more to pay off its debt than it spends on defense, while Social Security and other entitlements are set to become insolvent within a decade.

The primary drivers of our national debt are mandatory spending programs, namely Medicare, Medicaid and Social Security. Neither party is serious about making cuts to entitlement programs, and in fact, some legislators are looking to further expand the flawed programs.

Congress needs to take a hard look at entitlement reform if the U.S. is going to avert disaster. A debt crisis looms that could leave our nation defenseless and our economy in shambles. U.S. interest paid on the national debt is on track to exceed 100 percent of GDP. Make no mistake, the greatest national security threat to the U.S. is our growing $21 trillion national debt.

A booming economy means nothing if the U.S. defaults on its debt. Congressional Republicans should have used the first two years of the Trump administration as an opportunity to cut spending and shrink the debt, but they failed to do so. Republicans need to muster up what little political courage they have left to fight for it now.

House Democrats are likely going to come out in January 2019 swinging with radical legislation that will be dead on arrival in a Republican-held Senate. If historical trends hold true, a divided government should present an opportunity for Republicans to chip away at the deficit. However, it’s up to them to hold the line.

If House Republican minority leadership wants a path toward reclaiming the majority, they should take a page from the playbook of the House Freedom Caucus and get serious about making reforms to spending and entitlements. Simply put in the words of Congressman Jim Jordan, they should “do what they promised voters they would do.”

Trump’s tax cuts increases the deficit by billions if not trillions of dollars, why even bother with talking about reducing spending?

WASHINGTON, D.C. -- In response to the 2018 Farm Bill currently being voted on in the Senate, Daniel Savickas, FreedomWorks Federal Affairs Manager, commented: