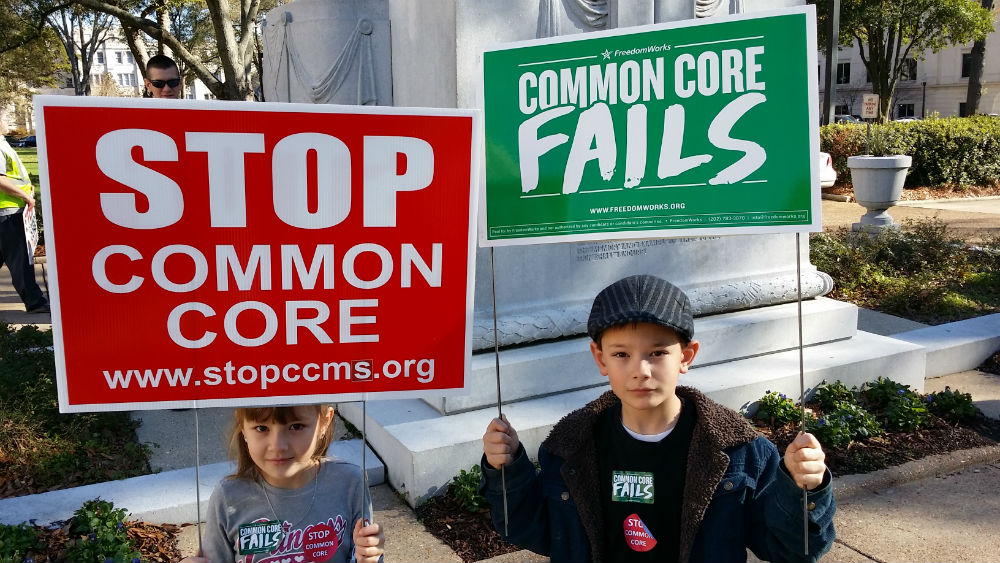 Two federal bills would restore education control to the states and stop Common Core for good.

This has been a great and inspiring movement, yet even in states like Indiana that passed a full repeal of Common Core, parents have been frustrated by the implementation of new standards that are different in name only, and require much of the same backwards pedagogy and excessive testing as Common Core.

The reason for this is that the federal government is using funding from the president’s Race to the Top program as an incentive for states to adopt “college and career ready standards.” If states try to take an independent path on education, the Department of Education can punish them by denying them billions of dollars in grants, as well as waivers to the failed No Child Left Behind program.

To truly reform education, we need to restore local control and stop the federal government from being able to bully the states into doing its bidding. Fortunately, two recently introduced bills in the Senate propose to sever the ties between federal funding and state adoption of standards, curricula, and testing requirements.

The Local Leadership in Education Act (S. 144), introduced by Sen. Mike Crapo (R-ID), and the LOCAL Level Act (S. 182), introduced by Sen. Pat Roberts (R-KS) would amend the Elementary and Secondary Education Act (ESEA) to forbid the federal government from requiring that states implement any standards as a condition of funding, grants, or waivers. This would free up the states to set their own education policy and finally loosen the federal government’s grip on what was always intended to be a local issue.

Congress is likely to hold a vote to reauthorize ESEA later this year. If the language of either of these bills were to make it into a reauthorization package, the implications would be huge. This year, we finally have the chance to stop Common Core in all fifty states by restoring local control of education, a first step in setting American students on the path to more choice, better schools, and a better future.