Retailers Seek a Wealth Transfer From the Banks 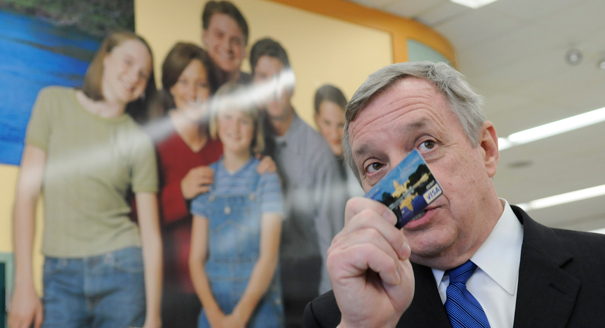 On Friday, March 21, the United States Court of Appeals for the District of Columbia handed retailers a considerable setback in their ongoing war against banks over price controls on interchange fees-the fees charged to retailers when they accept debit cards as payment. The court's decision is the latest salvo in the wake of the Durbin Amendment, which was hurriedly and quietly added to the Dodd-Frank financial services reform legislation of 2010. The amendment mandated that the Federal Reserve Board establish price caps for debit card interchange fees. Retailers claimed the caps were necessary to protect consumers, but the reality of the Durbin Amendment has been a direct transfer of resources from banks to retailers, with consumers facing higher costs as collateral damage.

As required under the Durbin Amendment, the Federal Reserve issued regulations to set swipe fees. Prior to the legislation, the fees averaged 44 cents per transaction. The Fed initially proposed a cap of 12 cents, but ultimately settled on 21 cents plus 0.05 percent of the transaction. A group of retailers felt that this did not comply with the plain language of the Durbin Amendment and filed suit. The trial court agreed and threw the rule out. On appeal by the Fed, the Court of Appeals reversed the lower court's decision, stating that the Fed acted in accordance with the law.

The retailers' argument for tighter price controls relies, in part, on a particular interpretation of the language as written in the Durbin amendment. The court addresses this with a lecture on grammar, with a discussion of descriptive and restrictive clauses, the proper use of commas, and the need for clarity when using the words "that" and "which." The court's response is just as much a critique of Congress as it is of the retailers' reasoning. And rightly so; the Durbin amendment was rushed through without hearings or an opportunity for a vote in the House of Representatives.

The Federal Appeals Court's decision includes a not-so-subtle rebuke of the rushed and sloppy Durbin Amendment that was attached to the Dodd-Frank bill in the dead of night: "Before addressing the parties' arguments, we think it worth emphasizing that Congress put the Board, the district court, and us in a real bind. Perhaps unsurprising given that the Durbin Amendment was crafted in conference committee at the eleventh hour, its language is confusing and its structure convoluted. But because neither agencies nor courts have authority to disregard the demands of even poorly drafted legislation, we must do our best to discern Congress's intent and to determine whether the Board's regulations are faithful to it."

In some sense, the hurried efforts and lack of legislative decorum sowed the seeds for the appeals court's recent decision, which is a benefit for consumers, whose interests are more closely aligned with banks on this issue. As Patrick McGinnis noted in the Loyola Consumer Law Review: "After a year of life under the Durbin Amendment, it has become obvious that consumers are not benefiting from the amendment's regulation and are in fact paying for or losing their banking services. Studies examining prices within the gas and retail industries and small businesses show that savings are not being passed onto consumers and that prices are even increasing. Meaning, the revenue merchants are saving on reduced interchange fees are being retained rather than passed on to consumers."

While Sen. Durbin persisted in saying the price caps would benefit consumers, it makes little sense that retailers were pushing for the price controls on behalf of consumers. Why would retailers mount such aggressive legislative and legal campaigns simply to pass costs along to consumers? It is more likely that self-interest was driving these efforts.

As the economist Gordon Tullock has noted, the vast majority of redistribution that occurs through the legislative process is not vertical, with resources taken from those who are better off for the benefit of the less fortunate. Rather, most redistribution is horizontal, with special interest groups using political clout to divert resources to themselves. The Durbin Amendment is a classic example of such efforts, with retailers marshalling their considerable political resources to push through a wealth transfer from banks to themselves. While the recent Court of Appeals decision does not completely remove Durbin's price controls, it does limit the damage. It also puts Congress on notice: poorly drafted last-minute legislation may not achieve the desired results.

Wayne Brough, Ph.D is Chief Economist and Vice President of Research at FreedomWorks.

House Must Repeal the Durbin Amendment in Financial CHOICE Act

There has been much debate over the past week about the Financial CHOICE Act introduced by Chairman Jeb Hensarling (R-Texas). The bill, which FreedomWorks supports, would significantly reform the Dodd-Frank Wall Street Reform and Consumer Protection Act that was passed in 2010 to purportedly address the causes of the 2007-2008 recession.