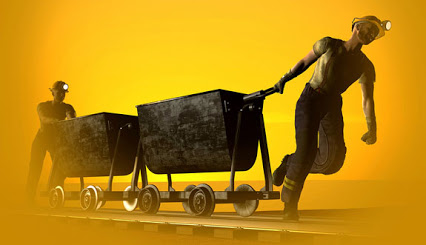 The government needs to get out of the way of those willing to work.

This is why Lincoln Labs is launching a new initiative they’re calling “Right to Work 2.0”. The idea is that you shouldn’t need government’s permission to earn a living, and that the artificial barriers to work have been a significant drag on the American economy, creating unemployment and dependence.

Chris Abrams, co-founder of Lincoln Labs, describes the initiative: “Right to Work 2.0 would allow people to start a new business without permission from government regulators, thereby reducing costs to both the state and the operator, saving workers money, increasing freedom of choice, and fostering innovation.”

Right to Work 2.0 highlights a number of important issues that have been around for a long time, but which have not gotten a lot of attention - until now. Occupational licensing keeps prices up and locks people out of professions where they could otherwise excel. It’s an issue I care a lot about, but until recently no one has given it much coverage. A recent report from the White House spotlighted some of the problems with licensing, however, and recommended a number of needed reforms. Right to Work 2.0 is adding much needed attention to the issue so that perhaps we can see some meaningful changes in the near future.

Another issue to feature prominently in Right to Work 2.0 is copyright reform. Intellectual property provisions were included in the Constitution to promote the arts and sciences, but today’s copyright laws have been twisted into an unrecognizable form, devoted to protecting giant legal monopolies and stifling creativity. This issue, too, has long been neglected, but the Re:Create Coalition, of which FreedomWorks Foundation is a member, is devoted to addressing the important issue of copyright reform to once again stimulate creation, rather than restricting it.

It’s great to see the need for these important reforms getting more national attention on the national stage. It’s probably too much to hope that the presidential candidates take notice, but Right to Work 2.0 is an important shot across the bow to illustrate how far we’ve strayed from a free labor market and the unhampered pursuit of happiness.

Today marks the end of Copyright Week, an opportunity to examine the current system of copyright and consider opportunities to reform a system that many view as dysfunctional and a hindrance to innovation. Copyright Week was born in the wake of the massive digital protest against SOPA, the Stop Online Piracy Act, copyright reform legislation that would have done more harm than good. On the anniversary of the protests that saw many websites go dark to show their opposition to the legislation, Copyright Week provides a focus on the need to reform an outdated system that no longer serves its intended purpose.

Court Rules to Protect Fair Use

The Ninth Circuit Court of Appeals has issued a ruling on the always blurry “fair use” concept in copyright law, that stands to reduce nuisance suits and open new doors for innovation and adaptation.