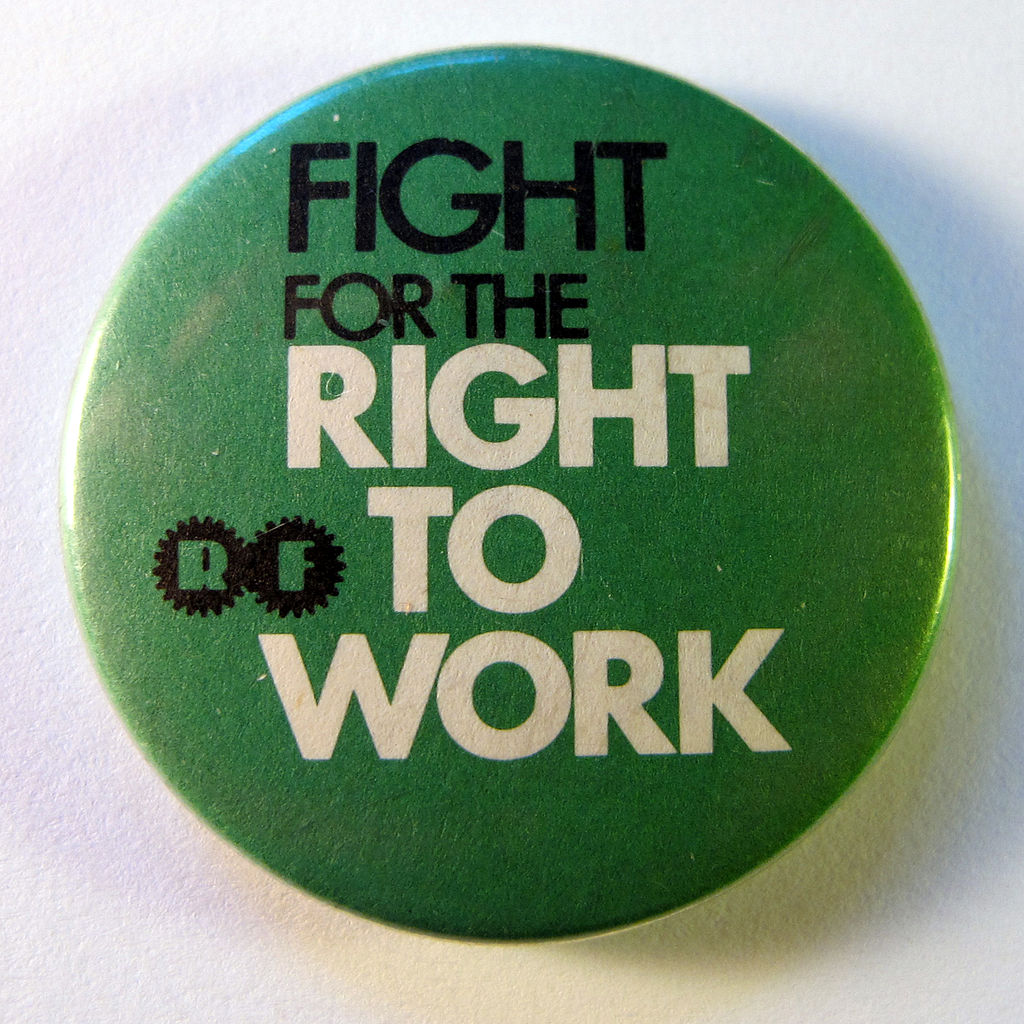 In recent years, the topic of unionization and right-to-work laws has been raised as a fairly contentious issue. As state legislatures sought to recoup the costs incurred due to lost revenue following the Great Recession, de-unionization policies, at least at the public sector level, were floated as cost-cutting measures. But nearly as often, right-to-work laws at the private sector level were also explored and implemented, perhaps most infamously in the case of the state of Wisconsin under Governor Scott Walker.

On Tuesday, September 1st, the Heritage Foundation hosted a luncheon and panel talk on the topic of right-to-work laws and their correlation with wage rates. Titled “Do Right-to-Work Laws Really Reduce Wages? Examining the Evidence,” the panel sought to address the common progressive misconception that right-to-work laws at the state level reduce wage rates relative to states with a forcibly unionized workforce. Panel members included a diversity of perspectives, including Wisconsin State Senator Chris Kapenga and Vincent Vernuccio, Director of Labor Policy at the Mackinac Center. The host was James Sherk, research fellow in labor economics at the Heritage Foundation.

The National Labor Relations Act, a piece of New Deal-era legislation, creates a framework for unions to negotiate pay and benefits with employers on behalf of union members, who are required to pay union dues regardless of whether or not they choose so. However, the NLRA also permits states to pass legislation providing for employees to opt out of paying said dues, and 25 states have passed these so-called “right-to-work” laws.

Right-to-work proponents argue that employees themselves should be given the freedom to choose whether or not to join a union. Polls show that despite Americans’ general approval of unions, workers freedom of association in joining one remains strong. Advocates of forced unionization make the claim that workers must join a union because unions strive to negotiate fair wages and benefits for all members. According to opponents of right-to-work legislation, such de-unionization reduces wages relative to non-right-to-work states by an average of approximately 3%.

However, according to Dr. Sherk, such studies have a very flawed methodology in that they fail to take into account for cost of living. For example, Northeastern states are all forcibly unionized, whereas the South is entirely comprised of right-to-work states. The cost of living is much higher in the Northeast than that of the South. A dollar spent in the South has a much higher purchasing power than does a dollar spent in the Northeast. The inference drawn from Dr. Shirk’s analysis is that forced unionization pushes up the cost of living, often notably hurting the economically vulnerable in question.

State Senator Chris Kapenga offered a unique political, rather than academic perspective, to the panel. Kapenga was a sponsor of legislation designating Wisconsin a right-to-work state, notoriously catapulting the state into the forefront of the debate on the issue. Since Wisconsin allowed for greater worker freedom, the state’s economy has been transformed. ManpowerGroup recently ranked Wisconsin as the fifth best state for finding a job, with the Milwaukie Metropolitan Area market in particular rapidly expanding hires. Firms that once fled the anti-business climate of Wisconsin are now flocking back, and the unemployment rate is nearly one percent lower than the national level.

Finally, Vincent Vernuccio explains the positive affects right-to-work policies have had on his transplant-state of Michigan. In December 2012, the state with the fifth-highest union membership in the country became a right-to-work state. By the second quarter of 2015, the unemployment rate in Michigan had dropped from a Great Recession high of 14.9% to 5.5%. That’s a drop of nearly 10 – yes; you read that right – 10 points. By May of 2015, Michigan had added nearly 14,000 manufacturing jobs for the year. Contrary to the notion that right-to-work policies result in a net decrease in wages, Michigan earnings have gone up 5.4% since the legislation went into effect. Vernuccio even makes the argument that right-to-work policies can be good for unions. After all, competition is a powerful incentive to encourage a quality return, and giving workers the option to choose union membership means union bosses cannot take their members for granted. In 2014, the right-to-work state of Indiana added more union members than nearly any other state.

The empirical evidence is clear: right-to-work policies that protect worker freedom to associate help to maximize employment, private sector growth, per capita income, purchasing power, and affecting real wages negligibly. It is encouraging to see the trend toward right-to-work implementation in states across America over recent years. It is hopeful that right-to-work legislation will continue to empower individuals and local economies for the foreseeable future.