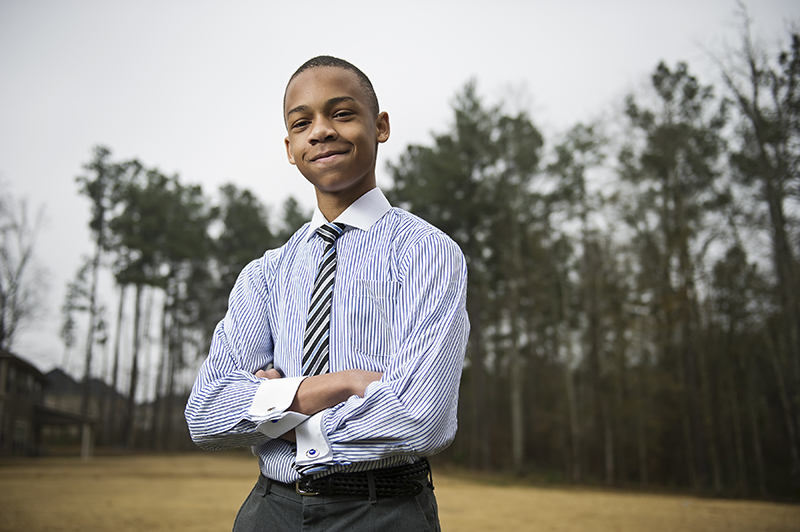 What truly matters to Millennials? The struggle to find a job after college? Student Loans? Youth Unemployment? All these issues have hit our generation extremely hard, and it's time we rise up and engage our elected officials to find solutions to these very important issues.

We can't continue to be bystanders if we want meaningful change. We must fight for that change! I’m a huge indication that age doesn't matter in politics, but it's simply the drive and dedication to make a difference in our government. I'm 12 years old and have worked on half a dozen campaigns, founded my very own political organization, and have been more politically involved than some adults. Why? Democracy isn't passive, it takes active citizens, on both sides of the aisle, to ensure productivity in our country. If you sit on the sidelines, you're not a part of the solution, you're simply the problem. So young people, make your voice heard!

The organization I founded, Young Georgians in Government, is a youth-led political organization committed to engaging young people in the political process, supporting young candidates for office, and ensuring that real solutions come to the issues facing young people across the entire state of Georgia. Right now, Young Georgians in Government is at the very front of the movement to lower the minimum age requirement to seek office in the Georgia General Assembly. That might not sound too exciting, but trust me when I say it really is.

We are fighting for this legislation because we believe that young people are in a great position to take a more active role in their government by representing their community in the Georgia General Assembly. If young people can die for their country, pay taxes and vote, then why shouldn't they be given the opportunity to serve their state? I believe in young people and so do the 12 sponsors of our Senate Resolution and the 14 sponsors of our House Resolution.

It's just up to us to know the issues, fight for what we believe in, and we can move our community, states, and country forward! We all want results, we all want solutions to our issues, so it's imperative we become involved in the political process to ensure we receive just that. Write your legislators, have meetings with your elected officials, maybe even join a civics organization, it truly doesn't take much!

My parents are Democrats, but I paved my own way. I eventually discovered by doing my very own research, examining the core principles of the both major parties, that I fell more in line with fiscally conservative values and limited government principles so I fight for these very principles and beliefs, every single day.

Milennials, it's time we rise up, take a stand for what we believe in, just like Martin Luther King Jr. and our founding fathers did.