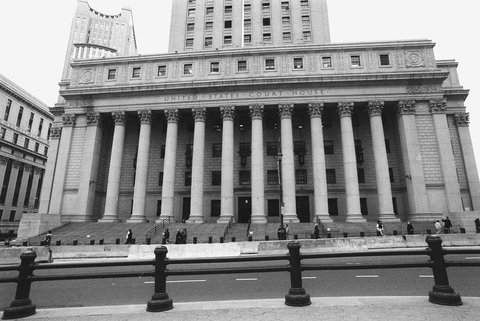 A federal judge in New York ruled for the first time on Tuesday that the use of a surveillance device to capture cell phone location information constitutes a warrantless search. In the case, Lambis v. United States, government officials used a stingray device to track a drug suspect. Stingrays, also known as “cell site simulators,” force cell phones in the area to transmit signals that pinpoint the user’s location through cell site location information, or CSLI data.

Judge William Pauley, ruling that the use of the stingray device was a violation of the Fourth Amendment, stated that “absent a search warrant, the government may not turn a citizen’s cell phone into a tracking device.” Unfortunately, there is one major problem with his statement: in the absence of surveillance technology, a citizen’s cell phone is already a tracking device.

Earlier this year, a decision from the Fourth Circuit Court of Appeals addressed the use of CSLI data. The case, United States v. Graham, caused a great level of concern among cell phone privacy advocates. In Graham, the data was collected through the cell phone service provider without the use of surveillance technology such as a stingray device. The en banc Fourth Circuit ruled that law enforcement does not require a warrant when asking a cell phone service provider for tracking data. Much like Tuesday’s ruling, the court’s decision in Graham was not based on an analysis of privacy expectation.

Time and time again, the court, when confronted with the complications presented by technology, has avoided questions of reasonable expectation of privacy. This includes a major Fourth Amendment decision by the United States Supreme Court.

In United States v. Jones, the Court ruled that the affixment of a GPS tracking device to a vehicle constituted an unreasonable search. Here, the opinion was based on the notion of trespass, and it was this trespass-based reasoning that allowed the court to maintain that it is unnecessary to consider whether the defendant had a reasonable expectation of privacy in the movements of his vehicle.

The most significant finding in this decision, however, was an assertion that a different method of data collection could have yielded a different constitutional outcome. Justice Alito, writing the concurring opinion, stated that trespass is not a factor in an analysis of the Fourth Amendment that should address privacy expectation.

The relevant question in the constitutional analysis, Alito contended, involves reasonable expectations that were present during a 28-day period of GPS monitoring. This would subject the search to the scrutiny of the two-pronged test established in Katz v. United States. In other words, the constitutionality of the search should be determined upon consideration of the right to privacy and the nature of the intrusion.

With his concurrence in United States v. Jones, Justice Alito raised an important question in a case that otherwise evaded an analysis of privacy expectation. It is a question that remains unanswered as the courts continue in their consideration of any and every factor other than the state of reasonable expectation of privacy in the digital age.

The right to due process shall be preserved in the digital realm.