Say No to More IMF Funding 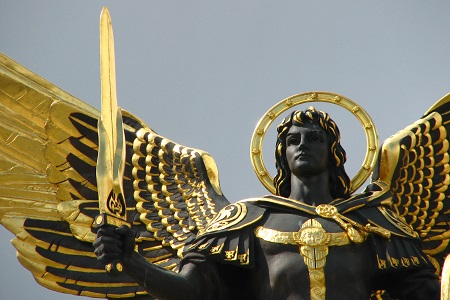 Not a Penny More

President Obama is calling on the U.S. to increase funds for the International Monetary Fund (IMF) due to the current situation in Ukraine. Obama has been pushing Congress to pass the 2010 IMF quota reform package for several years with no success. It’s an expensive package and most House Republicans are no fans of the IMF. Now with the crisis in Ukraine, Obama sees a perfect political opportunity to pressure Congress into voting for more IMF funding.

Treasury Secretary Jacob Lew said last week, “We are working with Congress to approve the 2010 IMF quota legislation, which would support the IMF’s capacity to lend additional resources to Ukraine.”

The U.S. government should not increase funds for the IMF for these main reasons.

1.) Let’s Focus on Our Problems Back Home

While FreedomWorks does not take any official positions on foreign affairs, we believe that it’s crucial to focus on the problems at home. We have tons of our own issues to solve: ObamaCare, unconstitutional NSA spying, high unemployment, inflation, the national debt, among others. Can we take a step back and realize that our problems should be the priority here?

There is really no other way of putting it. The federal government is over $17 trillion in debt—not counting unfunded liabilities. It simply does not have the money to be sending to other countries. Does it make any sense at all for the U.S. government to borrow money from China so that it can send it to Ukraine?

3.) The U.S. Taxpayer Shouldn’t Be Forced to Pay

The U.S. taxpayer shouldn’t be on the hook to pay for the conflicts in overseas nations. If people in the United States want to voluntarily send their money over—by all means. However, no one should be forced to pay. Plus, there’s a good chance that the money will end up in the wrong hands. The IMF merely takes money away from taxpayers in the productive private sector and puts it into the hands of international bureaucrats.

How can we be sure that our money is being used for good? The IMF is not accountable to the people. Unlike many private charities, it is nearly impossible to know how exactly the IMF is using our money overseas. The IMF has a history of bailing out foreign corporations and banks— with our taxpayer dollars.

5.) The IMF Threatens Our Sovereignty

The actions of the IMF are not directly approved by Congress. It’s an international bureaucracy that gets to decide how to spend our money. Over the past few years, the IMF has bailed out fiscally irresponsible Greece and Ireland. Their failure to cut their bloated public sector and expensive welfare programs left them bankrupt. Our money should not be used to reward reckless behavior.

U.S. taxpayers should not be forced to give more money to the IMF to bailout foreign governments. Let’s focus on our own problems.

Tell your Senators that more tax money going to the IMF is unacceptable.

Key Vote NO on More Taxpayer Funding for the IMF

As one of our over 6 million FreedomWorks members nationwide, I urge you to contact your senators and ask that they vote NO on the Support for the Sovereignty, Integrity, Democracy, and Economic Stability of Ukraine Act, S. 2124. This foreign aid bill for Ukraine contains an unnecessary and expensive new U.S. commitment to the International Monetary Fund (IMF).

The Rule of Law in Ukraine, Venezuela and the USA

Personal Freedom and Prosperity 110: The Rule of Law In drawing up the Massachusetts Constitution, John Adams described the Rule of Law as “to the end it may be a government of laws, not of men.”

Greek Bailout 2.0 Will Make Everything Worse

After receiving a $145 billion bailout in May 2010, Greece is now seeking a second larger bailout from the European Union (EU) and the International Monetary Fund (IMF). Here we go again. Of course, throwing even more money at the European welfare state won’t solve its problems.  The Greek government created their own problems by rapidly expanding the welfare state over the past couple decades. A second U.S. taxpayer-financed bailout of Greece will only make the debt situation worse in the long-run.

Tell your Senator to Cosponsor S. 1975, the No More IMF Bailouts Act

Dear FreedomWorks member, As one of our million-plus FreedomWorks members nationwide, I urge you to contact your senator and ask him or her to cosponsor S. 1975, the “No More IMF Bailouts Act.” Introduced by Jim DeMint (R-SC), the bill would stop the International Monetary Fund (IMF) from using U.S. taxpayer dollars to bailout Eurozone nations like Greece and Italy. It would rescind a $108 billion line of credit to U.S. funds given to the IMF in 2009, force Treasury Secretary Tim Geithner to veto future IMF bailouts, and stop a proposed doubling of U.S. dues to the IMF.

Dear FreedomWorks member,  As one of our million-plus FreedomWorks members nationwide, I urge you to contact your representative and ask him or her to cosponsor H.R. 2313, a bill to repeal the authority to provide certain loans to the International Monetary Fund (IMF), the increase in the United States quota in that Fund, and certain other authorities, and to rescind related appropriations. Introduced by Rep. McMorris (R-WA), the bill would rescind the additional funding for the IMF, requested by the Obama administration in 2009. H.R. 2313 would save $108 billion by repealing the $8 billion increased United States quota and the $100 billion line of credit to the IMF.

The IMF Ironically Wants a Bailout

The International Monetary Fund (IMF) is a fundamentally flawed institution that currently serves as an international bailout fund. The global bureaucracy has spent decades bailing out reckless foreign countries and banks, of which most recently are Greece, Ireland and Portugal. But now reports are circulating that the IMF needs a bailout of their own.

On this day 40 years ago, former President Richard Nixon suspended the convertibility of the U.S. dollar into gold. The decision, which radically changed the global monetary system, still holds enormous ramifications for every single American today. The money in our pockets would be worth more if Nixon hadn’t cut the link between U.S. dollars and gold.

Another French Statist Named Head of the IMF

It’s former French Finance Minister Christine Lagarde first week as the Managing Director of the International Monetary Fund (IMF). She is replacing the former IMF chief Dominique Strauss-Kahn (DSK) who recently resigned after being arrested in New York City for an alleged rape. Shortly after DSK was formally indicted, the IMF began its month-long politicized selection process behind closed doors. In choosing Christine Lagarde to fill the vacant leadership spot, the IMF is merely replacing one French socialist with another.

0
07/07/2011
My Speech on the Federal Reserve and the International Monetary Fund
"https:\/\/www.freedomworks.org\/content\/my-speech-federal-reserve-and-international-monetary-fund?social=facebook_share"
null
https://fw-d7-freedomworks-org.s3.amazonaws.com/styles/thumbnail/s3/te_social_media_share/fw_default_0.jpg?itok=35IWEBMb
Blog

My Speech on the Federal Reserve and the International Monetary Fund

Here is a video of my Federal Reserve and International Monetary speech from the FreedomWorks grassroots bootcamp over the weekend: