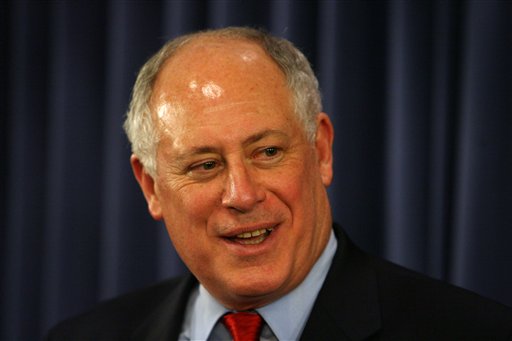 For the past year, the Supreme Court has been mulling the case of Harris v. Quinn, in which the state of Illinois was asserting its authority to collect union dues from non-union members working as home health care workers under a Medicare program. The state’s argument was that, since public sector labor unions negotiate contracts that benefit non-union members in terms of higher wages and better working conditions, it would be acceptable to expect these workers to pay union dues in return.

Opponents of this scheme pointed out that workers should not be forced to join organizations against their will, and that collecting dues from non-members was the state’s way of recruiting people into unions involuntarily. They further argued that these dues represented the forced subsidization of other people’s speech, which would violate the First Amendment to the U.S. Constitution.

With all this in mind, the ruling handed down by the Supreme Court today had the potential to dramatically affect the way public sector unions operate, specifically with reference to their ability to force the membership of unwilling participants.

Unfortunately, anyone hoping for so broad a precedent is going to be disappointed with the actual decision. While the Court did ultimately rule against the state of Illinois, finding that home health care workers could not, in this case, be forced to pay union dues, the opinion is written in such a way that it will not have the far--reaching impact on unionization practices we might have liked.

The majority opinion, authored by Justice Samuel Alito and supported by Justices Roberts, Thomas, Kennedy, and Scalia, concludes with the following:

If we accepted Illinois’ argument, we would approve an unprecedented violation of the bedrock principle that, except perhaps in the rarest of circumstances, no person in this country may be compelled to subsidize speech by a third party that he or she does not wish to support. The First Amendment prohibits the collection of an agency fee from the personal assistants in the Rehabilitation Program who do not want to join or support the union.

This is all well and good as far as it goes, but the specific language of the second sentence, and equivocation elsewhere in the document preserve a large amount of the union’s authority that would have been better stripped away by a more generalized opinion.

A key component of Justice Alito’s argument is the identity of these workers’ employers. He argues that the home health care workers in question are actually employed by their elderly clients, rather than by the state itself, although the latter is the one who pays the workers’ salaries. Apart from payment, however, the state has minimal involvement in the employment process, and merely serves as a financial intermediary between employer and employee. Since these individuals are not held to be employed by the state, Alito says, they cannot be compelled to support a public sector union.

The problem with this analysis is that it preserves public sector unions’ power to compel membership by other employees of the state. This preserves the disproportionate power of public sector unions compared to private sector ones, for while private companies compete with each other for employees, necessitating fair labor practices, the government has no such competitor.

Another interesting portion of Alito’s argument was his rejection of the claim that non-union members free ride on union contracts, by pointing out that the wages of the workers in question are set by law and thus not subject to the bargaining agreements of others. Again, this is true, but it tacitly concedes that if free riding could be proven, then forced payments would be justified.

As Hans-Hermann Hoppe points out in A Theory of Socialism and Capitalism, however, accepting the free rider problem as a justification for forced payments leads down a rabbit hole from which there can be no escape. Even something like deodorant, Hoppe argues, would be subject to the rider-problem, since its effects benefit people who don’t pay for it, and should therefore be subsidized by the government. This kind of reductio ad absurdum reveals how silly these kind of public good arguments ultimately are.

Ultimately, the Court’s ruling is a good one, but by preserving the lion’s share of public union power, the decision missed an opportunity to dive further into issues of freedom and constitutionality.