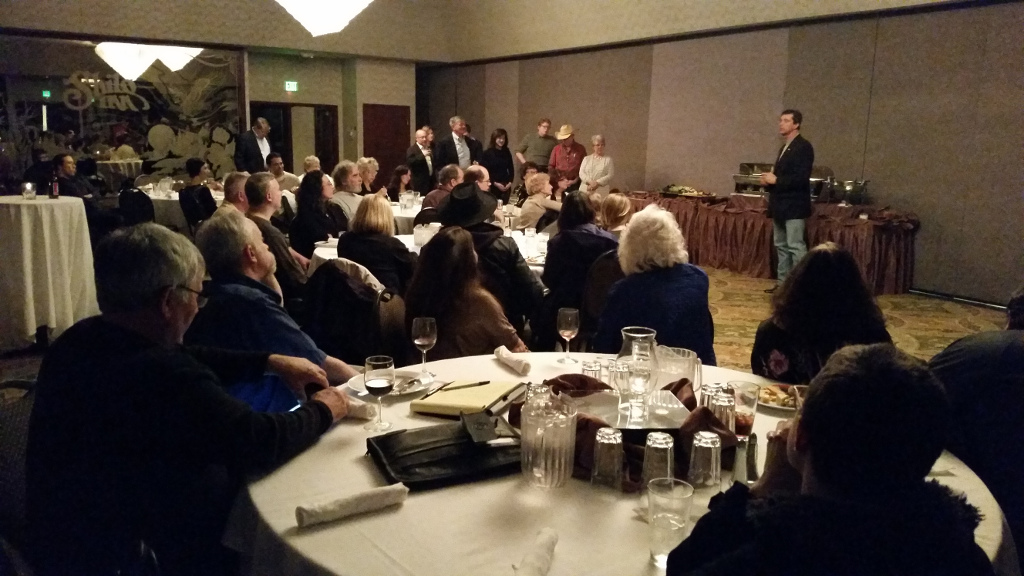 Attendance was the highest ever for any WLN conference held during a non-election year and more was offered than ever before. Featured speakers included Fox News Contributor Wayne Allyn Root, Dr. Monica Wehby (who ran for the U.S. senate in 2014), and state senator Kim Thatcher.

We found out in the days leading up to the conference that Rep. Mike Nearman, newly elected, got his start at a regional WLN conference held in Medford at the end of 2011. After 78 of the 98 candidates we trained in 2013 won election to local office, Nearman's election underscored the fact that WLN's model works.

In addition to featured speakers during the morning, lunch, and afternoon assemblies, twenty breakout sessions were held offering grassroots activists REAL training in skills that will help them:

During the day, private speech coaches Le and Ann Snelling of Revolutionary Persuation offered private public speaking training. The Snellings also held a class the night before on how to work a room called, "The Power of Engagement". This was followed by a reception featuring live music and hot appetizers.

In the gallery, you can see a few photos compiled from the event thus far. Western Liberty Network is grateful to FreedomWorks for co-sponsoring the conference and making members in Oregon and Washington aware of the conference.

Richard P. Burke is the Executive Director of WLN. He is proud to work with FreedomWorks on this and other projects which advance an educational mission.