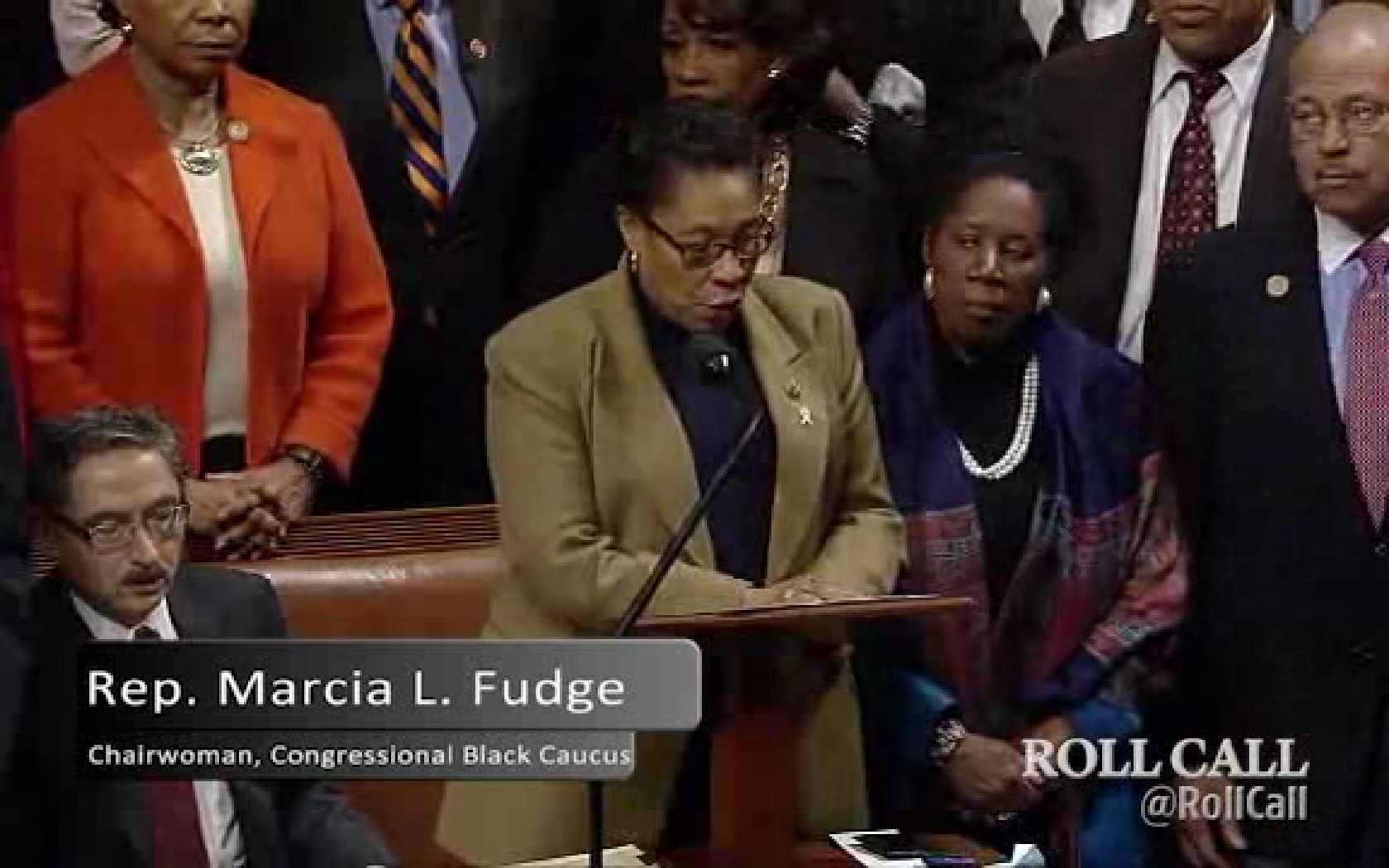 We have seen this bad race card movie before. The plot is selective outrage based on politics not race.

When a white conservative challenges a black public figure it’s considered racially motivated but when a conservative black is criticized the black advocacy groups remain silent.

This scenario was played out again this week.

Jesse Jackson tweets that Representative Darrell Issa’s (R-CA) decision to cut off Representative Elijah Cummings’ (D-MD) microphone during a Congressional hearing was “racist and mean” while he remains silent on a group of Rutgers University professors that are protesting the selection of former Secretary of State Condoleezza Rice to speak at this year’s commencement.

The Congressional Black Caucus (CBC) also jumped on the opportunity to criticize Issa. The head of the CBC, Representative Marcia Fudge (D-OH), wrote to

Speaker of the House John Boehner (R-OH) urging him to remove Issa from his committee leadership position.

In a strongly worded letter to House Speaker John A. Boehner (R-Ohio), the Congressional Black Caucus lashed out at Issa, who on Wednesday halted a hearing of the Oversight and Government Reform Committee without allowing any Democrats to speak.

“Mr. Issa is a disgrace and should not be allowed to continue in a leadership role,” wrote Rep. Marcia Fudge (D-Ohio), who leads the Congressional Black Caucus, in the letter to Boehner.”

The outrage targeting Issa is yet another desperate attempt to distract the media and the public from the IRS scandal by playing the race card. While the CBC did not explicitly say Issa’s decision was racially motivated, it is implied by it being issued by the all black group.

Meanwhile, the failure by black activists and organizations to defend Condoleezza Rice exposes their real motivation is politics.

All Americans should reject the Jackson and CBC distraction and focus on the IRS scandal, especially in light of Lois Lerner’s email where she called the Tea Party “dangerous.”

On behalf of our activist community, I urge you to contact your senators and representative and ask them to support the Fair Chance Act, H.R. 1905 and S. 842, introduced by Sens. Cory Booker (D-N.J.) and Ron Johnson (R-Wis.) and Reps. Elijah Cummings (D-Md.) and Darrell Issa (R-Calif.). This bipartisan legislation would aid prisoner reentry into society and lower crime rates, by delaying inquiries into criminal history for federal job and federally contracted applications until the conditional offer stage.

The negative impacts of federal regulations on jobs, wages and innovation was the subject this week of hearings before the House Judiciary Committee. Rep. Darrell Issa (R-CA 49) opened the hearing before the subcommittee on regulatory reform by noting that many in Washington consider the “endless expanding web of intricate [federal] rules” to be natural or desirable. “No one they know is going to lose a job because of overregulation,” he added.

Jonathan Gruber apologized for his "insulting and mean comments" about the intelligence of voters during his opening statement before the House Oversight and Government Reform Committee. The manner in which he conducted himself throughout the hearing, however, brings into question his sincerity. Even his apology came across with a strong degree of arrogance and contempt for the general public.

4
06/24/2014
"The IRS Has a Data Problem"
"https:\/\/www.freedomworks.org\/content\/irs-thinks-we\u2019re-all-idiots?social=facebook_share"
"No, actually, they just have a lying problem."
https://fw-d7-freedomworks-org.s3.amazonaws.com/styles/thumbnail/s3/field/image/404-image.jpg?itok=zcx-pZUd
Blog