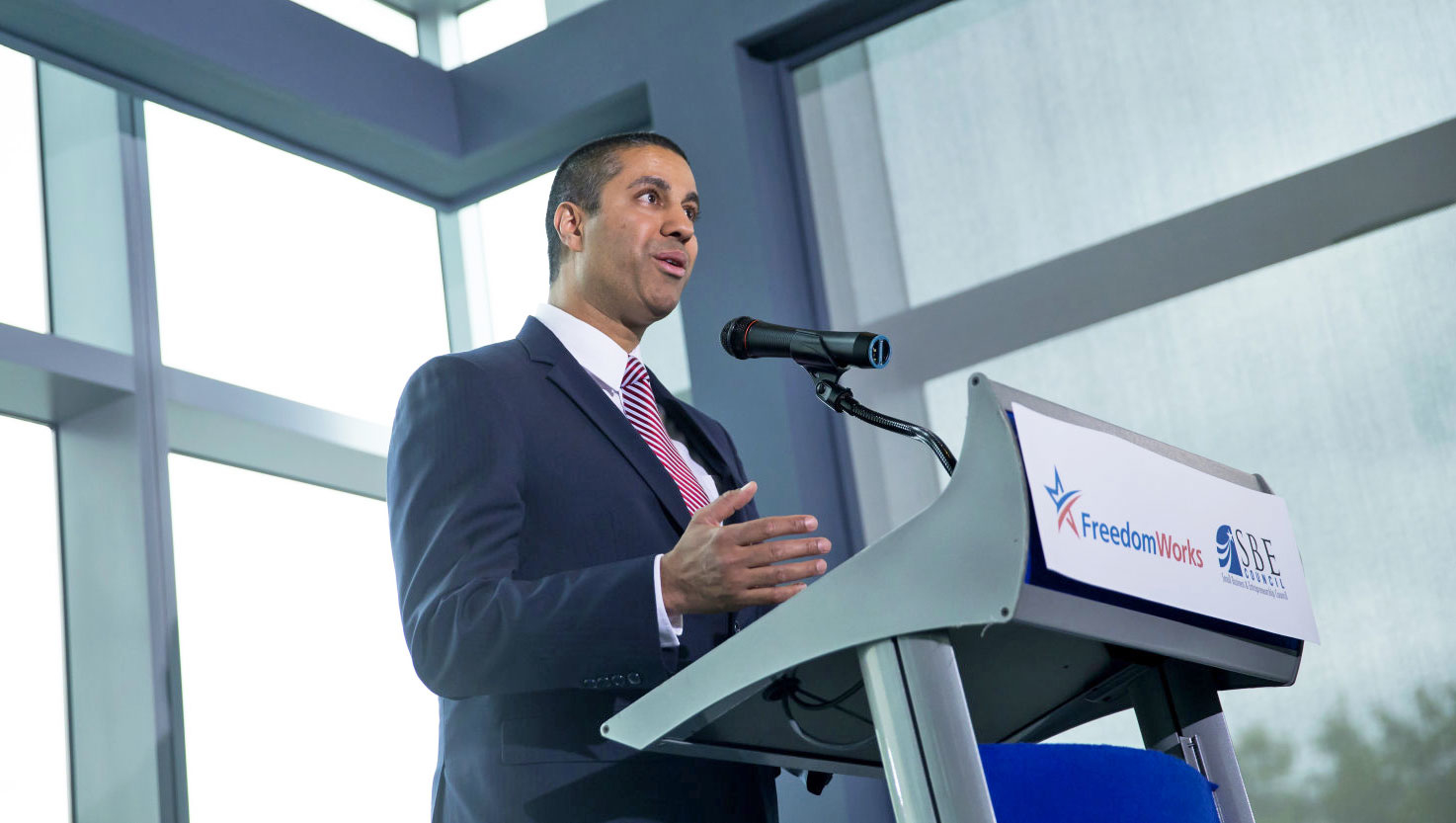 Yesterday, twelve Senators from the radical left, including Senators Bernie Sanders (I-VT) and Elizabeth Warren (D-MA), wrote a letter to Federal Communications Commission (FCC) Chairman Ajit Pai demanding he open an investigation into a news company based entirely on the content aired and viewpoints of that company. What is immediately obvious to just about everyone besides these twelve Senators, including Chairman Pai, is that such action would constitute an egregious violation of the First Amendment. Today, Chairman Pai sent a letter back to the Senators making clear just as much.

Pai wrote, “I understand that you disliked or disagreed with the content of particular broadcasts, but I can hardly think of an action more chilling of free speech than the federal government investigating a broadcast station because of disagreement with its news coverage or promotion of that coverage.”

The company the Senators sought to have the FCC censor is Sinclair Broadcasting. Recently, Sinclair, owner of several local broadcast stations affiliated with the major national networks, had local news anchors read a script proclaiming the company’s commitment to honest news reporting. Read the script for yourself:

Our greatest responsibility is to serve our [region] communities. We are extremely proud of the quality, balanced journalism that [station name] produces. But we’re concerned about the troubling trend of irresponsible, one sided news stories plaguing our country. The sharing of biased and false news has become all too common on social media. More alarming, some media outlets publish these same fake stories … stories that just aren’t true, without checking facts first. Unfortunately, some members of the media use their platforms to push their own personal bias and agenda to control ‘exactly what people think.’ This is extremely dangerous to a democracy. At [station name] it’s our responsibility to pursue and report the truth. We understand Truth is neither politically ‘left nor right.’ Our commitment to factual reporting is the foundation of our credibility, now more than ever. But we are human and sometimes our reporting might fall short. If you believe our coverage is unfair please reach out to us by going to [station’s website] and clicking on CONTENT CONCERNS. We value your comments. We will respond back to you. We work very hard to seek the truth and strive to be fair, balanced and factual. We consider it our honor, our privilege to responsibly deliver the news every day. Thank you for watching and we appreciate your feedback.

As you can read for yourself, Sinclair’s message is entirely reasonable and completely a-political. It is nothing more than a company mission statement and an advertisement for itself. None of these things should be problematic, let alone cause for an official government investigation. Even if the script was political, it would still be protected speech under the First Amendment. Sinclair’s message is essentially the same as CNN’s in this advertisement, launched by the company late last year:

Yet the same Senators who wrote to Chairman Pai demanding he investigate Sinclair did nothing of the sort when CNN’s ad came out. So why is Sinclair being targeted? The answer is simple, yet predictable. It is no secret that Sinclair’s opinion segments are more favorable to conservative positions while CNN’s opinion shows undeniably lean more liberal/progressive.

The First Amendment makes clear that the government has no business picking winners and losers in the media and thankfully Chairman Pai recognizes this fact. In addition to rejecting these Senators’ calls to investigate Sinclair, just a few months ago Chairman Pai pushed back against President Trump for suggesting he revoke the broadcast license of NBC for allegedly airing false stories. Per a Reuters story on the matter: “’Under the law, the FCC does not have the authority to revoke a license of a broadcast station based on the content,’ Pai said at a forum. ‘The FCC under my leadership will stand for the First Amendment.’”

Yet in their egregious letter sent to Chairman Pai yesterday, the twelve progressive Senators accused him of being involved in a grand conspiracy to bolster Sinclair Broadcasting ahead of their pending merger with Tribune Media. In the letter, the Senators wrote, in-part, “The FCC inspector general commenced an investigation of whether a disturbing pattern of meetings and communications between Sinclair, the Trump Administration, and you, suggests a quid pro quo that violates the public interest mission of the FCC.”

The irony here is that there is no confirmation that such an investigation actually exists.

In short, the twelve progressive Senators who demanded Chairman Pai investigate Sinclair for their commentary regarding fake news relied upon fake news themselves to make their case. Sounds like Sinclair has a point after all.

Chairman Pai should be applauded for his continued and ardent defense of the First Amendment.

When you refuse to violate the 1st Amendment to create a broadcast #SafeSpace... @AjitPaiFCC #ampFW pic.twitter.com/shzlDYmsBB