Senate socialist blames Wal-Mart, not himself, for loss of part-time workers' health insurance 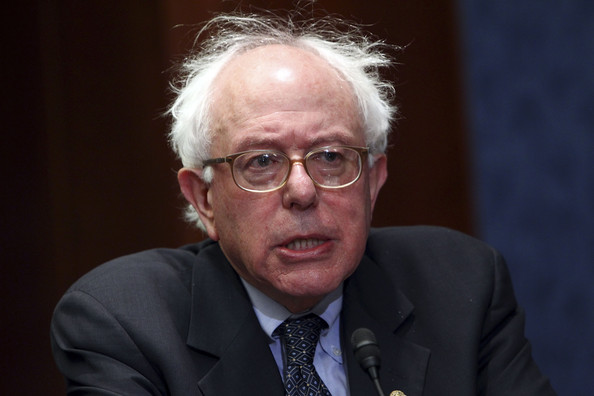 Earlier this week, Wal-Mart announced that it would no longer offer health insurance coverage to some 30,000 employees who work less than 30 hours a week. The move was necessary, the big box retailer said, due to rising healthcare costs, which have exploded this year from the February estimate of $330 million to $500 million, largely because of ObamaCare.

When will the greed end? pic.twitter.com/G9ghdOmOif

Sanders is so off the mark it's absurd. Wal-Mart is just the latest example of an employer taking extraordinary measures to deal with the costs of ObamaCare. While there's no question that health insurance costs have led firms to drop coverage over the years, ObamaCare appears to have accelerated the move. In its story on Wal-Mart's recent move, the Associated Press noted that, "[i]n 2013, 62 percent of large retail chains didn't offer health care benefits to any of its part-time workers," a figure that has jumped from 56 percent in 2009, before ObamaCare was signed into law.

This isn't a corporate "greed" problem. After all, Wal-Mart, often the target of leftist criticism, has gone above and beyond the ordinary role of a corporate citizen. Take, for instance, its mobilization of resources -- including goods, food, and water -- to Gulf Coast residents in the aftermath of Hurricane Katrina. But with slumping sales and new regulatory realities under ObamaCare, Wal-Mart was forced to make a difficult business decision to stay competitive in the marketplace.

There are some legitimate criticisms of Wal-Mart, such as its role in the abuse of eminent domain, but its recent move to end health insurance for part-time workers just isn't one of them. If Sanders wants to find the real culprit, he need only look in the mirror. After all, he voted for ObamaCare.