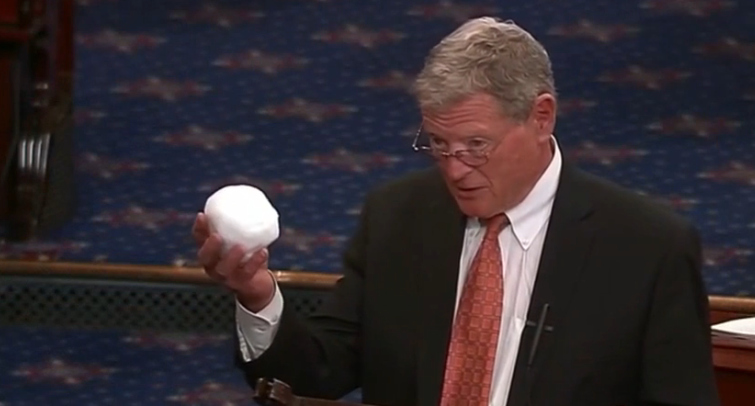 A number of senators on the committee noted the convenient fact that Inhofe had failed to call any witnesses from either Ligado or the FCC. That’s how Inhofe has navigated this issue from its very beginning until now. He is not interested in fact or reason and is intent on never having to hear or consider the counter-arguments. Doing so would ruin the baseless facade he’s constructed at behest of the Department of Defense (DoD) and military contractors.

This prickly relationship with the truth did not end there. The aforementioned letter is filled with so many blatant falsehoods, it warrants going through them one by one to flesh out just exactly how unhinged the senior senator from Oklahoma actually is.

The most high profile claim that Inhofe and his allies make is that Ligado puts global positioning systems (GPS) at risk with their operations from a military perspective. This is objectively not true. The FCC order is riddled with hoops through which Ligado must jump to protect GPS. This includes having to create a separate band to guard the integrity of the GPS spectrum, as well as being willing to repair and replace any equipment that may be damaged in the off chance their operation comes too close. This was a possibility for which both the FCC and Ligado extensively prepared.

Perhaps the most laughable claim in the letter was that the FCC “hurried” this application. Ligado’s application was filed a decade ago in 2010. Furthermore, conversations and proceedings on this matter were going on as early as 2003. If this is what Sen. Inhofe considers “hurried,” then it is little wonder why our government never seems to accomplish much good for the American people.

The letter circles back to address GPS again from a commercial perspective. It ignores the fact that Ligado has established agreements with GPS manufacturers such as Garmin, John Deere, and a number of others that represent the vast majority of manufacturers in the United States. Even so, Sen. Inhofe claims to have their best interests at heart, even when these companies have signed off on Ligado. It’s far more likely that Inhofe is acting at the behest of the military industrial complex.

The same is true of the aviation community. The FCC order requires Ligado to coordinate with them on their operations. The order even cites the submitted comments of Metro Aviation, a leading supplier of air medical services. Metro stated that Ligado’s operation might actually help them by providing services to better facilitate their operations. Once again, Inhofe and his co-signers are inventing threats left and right to obscure the real issue they have with the FCC on this matter.

For a full fact check of the claims in the letter, attorney Joel Thayer goes through it in detail and there are far more outright falsehoods and misleading insinuations than we were able to cover here. Long story short, the only vested interest that’s threatened by Ligado’s use of this spectrum is the monopoly the DoD and the military industrial complex have over broadband spectrum in America. They fear that delivering better, more innovative services to the American people might disrupt that monopoly. To that, I’d say it’s about time.

Your claims in this blog are misleading and basically untrue.

You completely ignore the civilian use of the system. You ignore the vast number of these units in the field.

You say that FCC has put in hoops which Ligado must jump through to protect GPS. What will the FCC do when problems occur? Nothing. They do not have the enforcement personnel to handle what they already have.

You say "as well as being willing to repair and replace any equipment that may be damaged in the off chance their operation comes too close". Flatout untrue. Ligado has said that they will replace U. S.government receivers, not "any" which you state. Will they replace the precision ag receivers, the municipal receivers? Will they replace the receivers embedded in weapons systems? Do you think they have the technical capability and finances to do that?

This application has been on the docket for over 10 years, true, but only within the last two weeks before approval was a draft approval document put out specifying what they were considering. This document was a modification of what had been discussed and understood in the past. And the approval was voted on a Sunday in the middle of a national emergency. Believe a reasonable person would conclude this was rushed through in view of the pace at which regulatory agencies have historically acted.

As for the position of the GPS manufacturers, Trimble does not agree. Check the "EXCLUSIVE GPS Fight Erupts As Trimble Accuses Ligado Of ‘Inaccurate’ Claims In FCC Ruling" posted on the breakingdefense website. Looks like Garmin doesn't seem to either. Check the "Opposition to Ligado Plan Remains Strong During Wait for Final Order" posting on the on the insidegnss website. Looks like industry most definitely has not signed off on the Ligado system as approved.

The letter by Mr Thayer is pretty much useless also.

Please take a look at the"ntia_letter_to_fcc_chairman_re_ligado_applications_4.10.20 pdf on the nta.doc government website.

In particular note the signature of Mr. Jonathan Williams for The National Science Foundation. The physics don't work for what Ligado is trying to do.

Maybe if Ligado had diverted some of the $130+ million they have spent on lobbying in 2020 to engineering they could come up with a workable proposal. Then the proposal could be tested and, if found satisfactory, approved.