Senator Mike Lee and the Power of Positivity 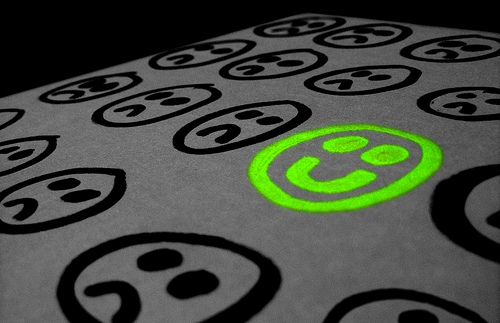 As you know if you’ve read my posts here, I usually don’t write about politics. Today, I want to make a partial exception. Mike Lee, the fine Senator from Utah, gave a speech at the Heritage Foundation that ought to command your attention for a few days. Nestled among his policy suggestions, plans for a conservative political future, and ideas for how America can move forward with strength and confidence was this thought.

“But however justified, frustration is not a platform. Anger is not an agenda. And outrage, as a habit, is not even conservative…For us, optimism is not just a message – it’s a principle. American conservatism, at its core, is about gratitude, and cooperation, and trust, and above all hope.”

I had to stop reading his speech and write this post because I believe what he said is that important. His revelation of the beating heart of conservatism is applicable not only to politics but also to your daily local activism, everything you do in social media, and even your life outside of politics. I would sum up his point in two words:

It is treacherously easy to slip into a constantly negative frame of mind. Conservatives are used to being the ones who stand athwart history, No-hammer at the ready, eager to bring an almighty beat-down on the latest new government program or cultural shift. We take so much pride in saying “no” we’ve turned “The Party of No” from a pejorative to a rallying cry. We ought to be the adults who tell the kids they can’t have candy and ice cream for breakfast. We need to be the Grumpy Cats of the political world.

But not always. (tweetable)

The magic word is not no, it is no, "but." Whether it's parenting, teaching, or leading a group of activists on a mission toward great reform, there will be some good ideas and some crazy ideas that bubble up to the leaders.  At times, you're going to have to tell people no, even if it makes people pout. However, if you use the magic word “but”, you give yourself options.

The word “no” closes off all possibilities. “No, but” creates possibilities and points people in other, better directions (as least from your point of view). “No, but” is positivity disguised as a negative, which is sneakily but immensely powerful. (tweetable)

So how do you apply that in your every day activism, especially your social media work? Here are a few ideas.

1) Follow every criticism with a proposal. No one anywhere wants to be around the person who is a constant fount of criticism. There’s a great reason for that. Criticism, by itself, is useless. “Your music is bad and you should feel bad”* doesn’t help a musician one bit. How is the music bad? What better music can they make? What other career aside from music should they pursue now that their holophoner** career has gone down the tubes? If all you do is criticize, you’re no good to anyone. Follow your criticisms with solutions. (tweetable) If you don’t have a solution of your own, find someone else’s solution to the problem that makes sense to you and promote that. We all agree around here that Obamacare stinks, but what solution to the manifold health care system problems do you like? Tell us about them.

2) Look for reasons to tell positive stories. Yes, the world stinks and countless injustices occur every day. We know that. What we know less of are the people who make the world stink less. Find an issue that’d normally get criticism and find someone doing something — anything — positive and tell us about what that person is doing.  Is homelessness a real issue in your city? Find a church doing real work with the homeless and tell us about the congregation and the difference they’ve made. If you can’t get out to the church, find an article about it in your local newspaper and link us to that. In other words, if you don't tell good stories, point us to those who do. With practice, you'll get better at telling good stories yourself. (tweetable) We all win.

3) Shun the constant critics. We all know people who never seem to have a good word about anything or anyone. Ditch them. They’re not good for you. (tweetable) I know there’s probably some kernel of good deep inside them, buried under layers of crusty cynicism and you dream of being the one who cracks through, but no. Let someone else be that brave explorer. Tell the constant critic “No, but” you have better things to do than to wallow in their Slough of Despond***.

The currency of social media is trust. Those people you want to reach need to know they can trust you to bring them the very best and most useful information you can. Build trust every day with what you choose to present on your social media platforms. (tweetable) Senator Lee laid the foundation. It’s up to you to build upon it. So let’s start building****!

*The best Zoidberg line from Futurama.
**Yep, Futurama again.
***Futurama and The Pilgrim’s Progress. Yep, folks, we do culture around here!
****Did you know there’s an #ILikeMike hashtag on Twitter? Why not find your favorite short bits of his speech and tweet them out with that hashtag. That counts as positivity!