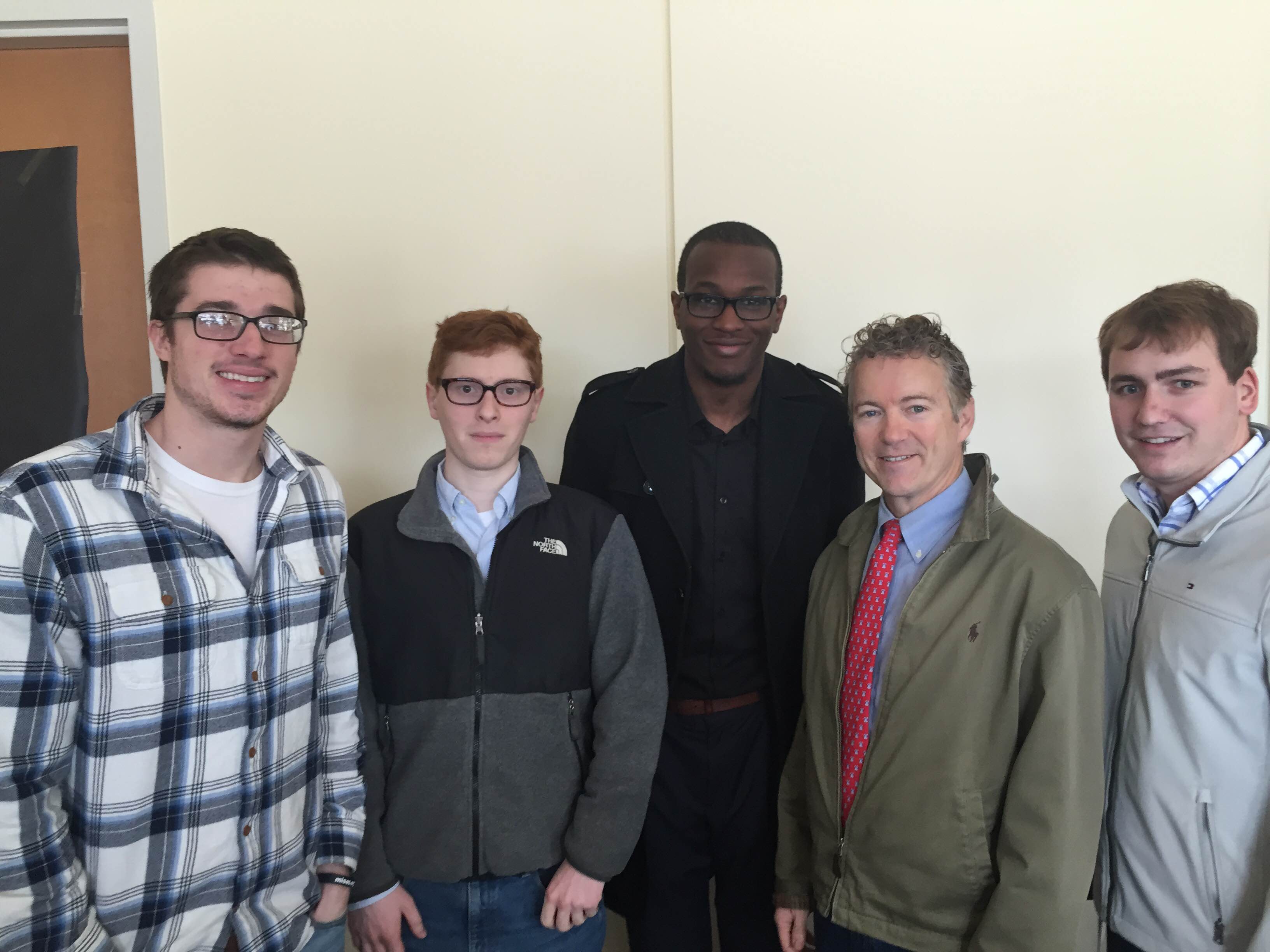 FreedomWorks Interns at the event meeting with Senator Rand Paul

Senator Paul first brought up civil asset forfeiture, an area of the law he called “out of control” and one that he most wants to change. Under civil asset forfeiture, the seizing agency can take an individual’s property, whether that property is cash, a car, or a business, without convicting them, or even charging them, of a crime. Senator Paul said this turns justice on its head and he believes people should be innocent until proven guilty. To combat this he has sponsored the FAIR Act which would require the government prove by a clear and convincing standard that the property was used in connection with a crime before it could be seized.

Senator Paul next discussed the need to reform federal mandatory minimums for nonviolent offenders. He brought up the example that a man can kill somebody in Kentucky and be eligible for parole in 12 years, but Weldon Angelos sold $300 worth of marijuana and received 55 years in prison because of mandatory minimums. He urged that other considerations, such as remorse, ability to work, other ways to punish and the specific facts of the case need to be considered when issuing sentences. To help fix this problem he has cosponsored the Smarter Sentencing Act which would decrease the length of mandatory minimums and expand the safety valve to allow for more sentencing below mandatory minimums.

Senator Paul also talked about the need to make sure that juveniles’ lives are not wasted behind bars and rather than turning them into career criminals, we allow them the opportunity to create a productive life for themselves. There are too many examples of teenagers that have been arrested for nonviolent crimes, which have led to prison sentences, which can prevent them from finding gainful employment, which can lead to a life of crime. To help fix this problem Senator Paul has sponsored the REDEEM Act, which would expunge the records of many nonviolent, juvenile offenders and make it easier for these individuals to become productive members of society.

Throughout his speech, Senator Paul spoke of two Americas, not based on race, ethnicity or gender, but based on economic stability and level of education. The first America is the America most of us think of, the one that believes in life, liberty and the pursuit of happiness. But in the second America there is an “undercurrent of unease” where there is despair rather than hope and too many face fines and prison sentences. With the bills on justice reform that Senator Paul has sponsored and cosponsored, it is clear that one of his main goals is to make these two Americas one again.