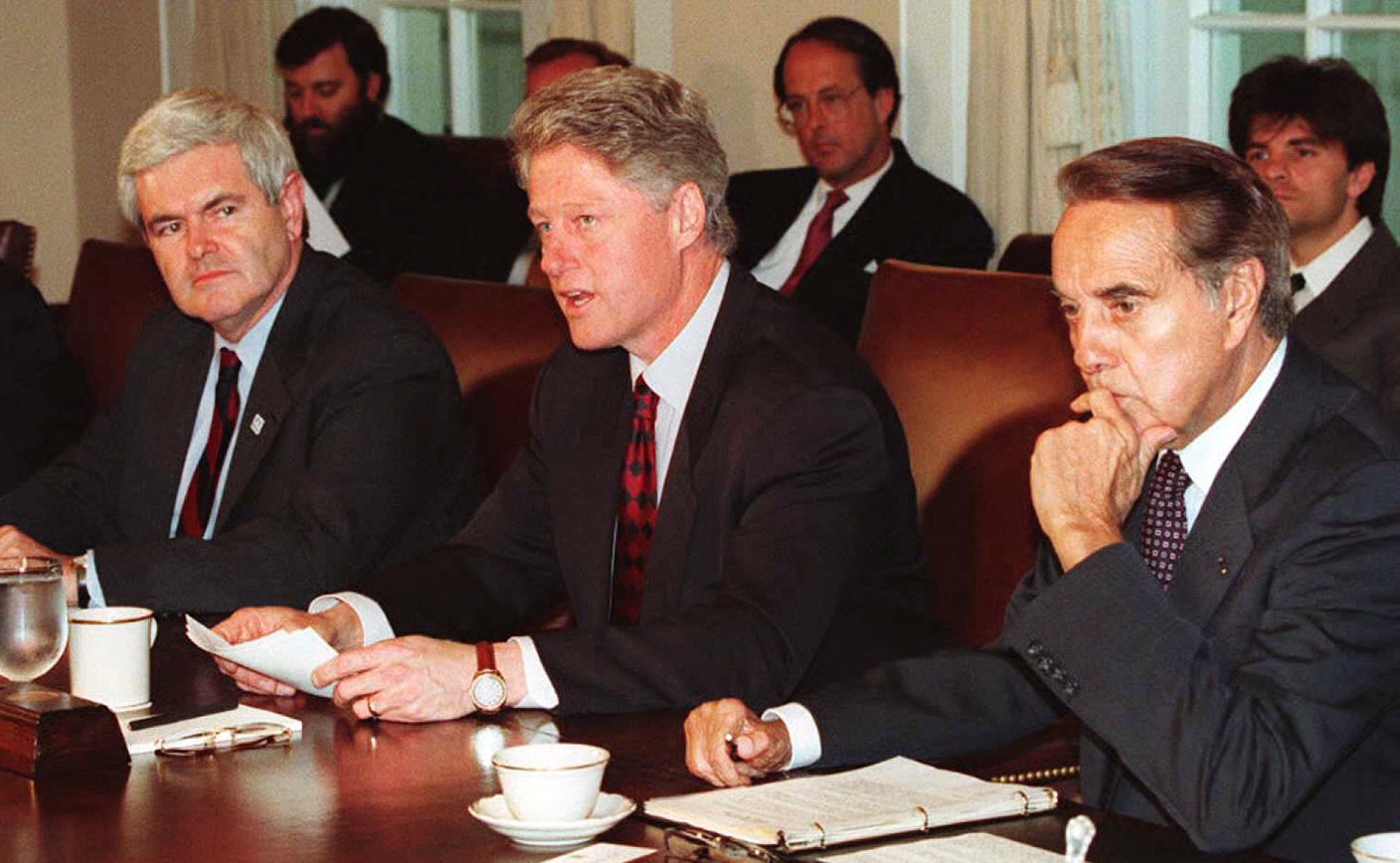 “[It] gives us a chance we haven't had before to break the cycle of dependency that has existed for millions and millions of our fellow citizens, exiling them from the world of work. It gives structure, meaning and dignity to most of our lives.”

This bill was supposed to be a triumph for every American voter who trusted Congress and President Clinton to stop that cycle by putting Americans to work and getting serious about government spending. Welfare, as it existed before 1996, had failed millions of Americans and put too many in a life that robbed them of any chance at independence.

At first glance, it seemed to work out very well. Employment and earnings went up. The number of welfare recipients went down. That seemed to be a clear cut statement that the mission of the legislation was being accomplished as planned. Both Gingrich and Clinton could go to the American people and say that they had saved the wasteful, floundering welfare state.

Despite this apparent victory, all these years later, politicians on both sides of the aisle still campaign on the need to overhaul our welfare system. Republicans and conservatives use largely the same talking points now that Gingrich used over 20 years ago. Too many people who are able to work remain on government assistance; the system disincentivizes upward mobility, and robs people of the dignity of work.

This begs the question: what happened? While, on the surface, the 1996 welfare reform package appeared to be one of the greatest legislative accomplishments of our time, the bill was not crafted for long-term success. While the negotiations between both parties to come to an agreement on such a hot-button issue should be praised, the final substance lacked any safeguards against future abuse, and included loopholes that eroded the possibility of meaningful results down the road. To pass meaningful welfare reform in today’s world, lawmakers should look at the successes of the 1996 effort, but should, more importantly, scrutinize its shortcomings.

The Shadow of Yesterday’s Triumph: Why Kicking the Can Down the Road on Welfare Reform Is Not a Solution