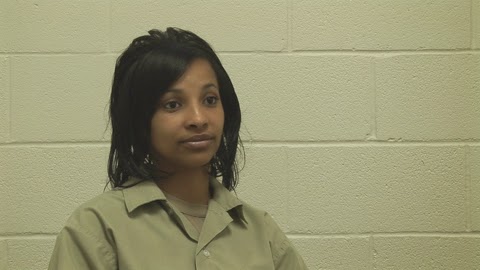 Jones is a nonviolent, first-time offender who received life in federal prison for the small role she played in a drug ring

Sharanda Jones made a poor decision. She was connected to a drug ring in Kaufman County, Texas and, in November 1997, was arrested along with dozens of others. This was her first arrest, and she was a nonviolent offender. She was charged by the federal prosecutors with six counts of possession with intent to distribute and conspiracy. In August 1999, Jones was acquitted of the six possession charges, but she was convicted on the conspiracy charge.

Certainly, Jones deserves punishment for her role in the drug ring, but the sentence she received was incredibly excessive. Because prosecutors sought enhancements to make her punishment more severe, US District Court Jorge Solis had no choice but to give her a life sentence. She was hit with enhancements for simply having a concealed weapons permit, allegedly giving false testimony, and for supposedly being a leader of the drug ring.

Testimony provided against Jones came from others who were able to work out deals with prosecutors in exchange for less harsh sentences. The Washington Post, which detailed Jones' story, contacted jurors who convicted her on the federal conspiracy charge. They could not believe the sentence she received.

"Life in prison? My God, that is too harsh," one juror told the Post. "That is too severe. There’s people killing people and getting less time than that. She wasn’t an angel. But enough is enough already."

To explain how excessive of a sentence Jones is currently serving in federal prison, the Post noted that "[t]he Justice Department announced last month that one of Colombia’s most notorious drug traffickers and a senior paramilitary leader will serve about 15 years in prison for leading an international drug trafficking conspiracy that imported more than 100,000 kilograms of cocaine into the United States." Jones was very loosely connected to 46 kilograms of cocaine.

Writing at RedState, a conservative blog, Leon Wolf expressed outrage at the sentence Jones received. "The fact that Sharanda Jones received this sentence for what amounts to being a drug mule is indicative of the unthinking and senseless drug sentencing policy that infected this country for far too long and which has resulted in a gradually worsening over-incarceration problem in the United States," Wolf wrote, "which costs American taxpayers billions of dollars a year."

"There was no allegation that Sharanda had ever committed a violent act, and she was not ever caught with any amount of crack in her possession," he noted. "By the uncontested testimony at trial, Sharanda did not supply the crack herself or distribute it, but rather acted as a conduit to transfer it from Houston to Terrell." The Fifth Circuit Court of Appeals, which issued a ruling upholding the conviction in February 2001, conceded that the "[e]vidence of Sharanda Jones’s involvement in a conspiracy to distribute cocaine...is sufficient, though only barely so."

Still, Jones is an example of a larger problem with the pervasiveness of big government in the courtroom. During his 11-hour filibuster on the Senate floor in May, Sen. Rand Paul (Ky.) noted talked about Mandy Martinson, a nonviolent offender who was sentenced to 15 years in federal prison for her role in a drug ring. "You can kill somebody in Kentucky," said Paul, "and be out on parole in 12 years." There are many other similar stories that could be shared.

Federal sentencing policies are a contributing factor in the rise of the federal prison population, which has skyrocketed by nearly 800 percent since 1980. Likewise, federal corrections spending has grown at a similar pace. Though some errantly argue that these policies are necessary to deter crime, they do come with a real fiscal cost and actually threaten public safety because offenders are ostensibly warehoused, rather than rehabilitated to deter their risks of recidivism. Additionally, bed space that could be reserved for violent offenders who deserve lengthy prison sentences is being taken up by nonviolent offenders.

"Sharanda’s case represents a small drop in an increasingly large bucket that threatens all of society with its increasing weight. Per the Bureau of Prisons, their budget has steadily grown since 1980 at an inflation-adjusted average of over $130 million per year. Even after adjusting for inflation, the Federal Bureau of Prison’s budget has grown by almost 700% since 1980, which does not even account for the fact that, by their own admission, they are dangerously overcrowded and unable to properly serve the current prison population, much less its expected growth in future years," Wolf explains. "Each year that the government keeps Sharanda Jones – who has already spent 18 years behind bars – locked up costs taxpayers about $28,000."

"[T]oo many are like Sharanda, languishing behind bars for ludicrous amounts of time under the weight of sentences passed during the middle of the crackdown on crack frenzy. Something is desperately wrong when our prisons cannot hold repeat violent offenders because it is too full of nonviolent drug offenders who are there on mandatory sentences," he adds.

That last point is the real key. Nearly half of all federal prisoners are nonviolent drug offenders. Yes, they have broken the law and deserve some form of punishment, but, for many of them, rehabilitation and drug treatment may be better alternatives than incarceration. Conservative states have proven these methods to be a better and more cost-effective approach to corrections. Jones' story is a text book example of why Congress needs to address sentencing policy in a meaningful way, allowing more nonviolent offenders an opportunity to rehabilitate themselves, while, if judges deem necessary, serving sentences that appropriately fit the crime they committed.

Two words - jury nullification. Jurors should realize the outrageous sentences that are going to be levied upon people when they find them guilty of comparatively minor offenses and simply refuse to convict them. That's what juries historically are for, going back to the days of John Peter Zenger. "We The People" need to assert ourselves again.