The Sharks Are Circling on Internet Freedom 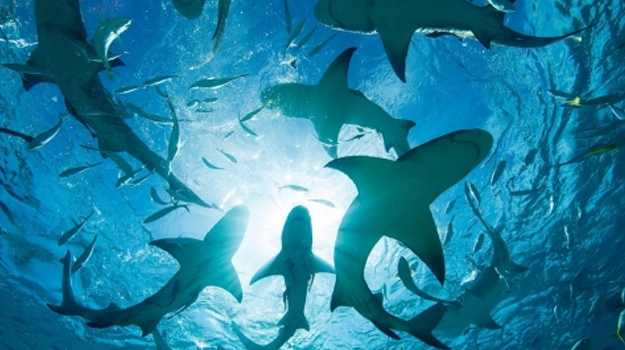 Behold the fearsome Censorship Shark. eager to swallow your freedoms like so many minnows.

It’s a well known fact: the internet is filled with idiots spewing vile, obnoxious, offensive, frequently violent bilge water from the safety of their parents’ basements. Most of these people are harmless blowhards, reveling in their anonymity to say things online that they would never say in person. A few of them are legitimate criminals who mean to harm others, and it’s not always easy to tell the difference.

In the current climate of global terrorism and mass shootings, there has been increasing concern over the internet’s potential to allow extremists of any stripe to organize and coordinate. This has led to some frankly alarming calls for internet censorship from people who really ought to know better.

Hillary Clinton has said she wants to enlist social media sites like Youtube and Twitter to police themselves and delete content that may be used by extremists. On the Republican side, Donald Trump has said he wants to talk to Bill Gates about shutting down sections of the internet… whatever that means.

The remarks of Trump are Clinton might be dismissed as campaign bloviating - although it’s worth remembering that both of these people have a real shot at being the next Commander in Chief - but there’s plenty of equally concerning talk going on back in Reality Land.

This week Congress is voting on a bill authored by Texas Republican Ted Poe, the Combat Terrorism Use of Social Media Act of 2015. The bill appears innocuous enough; it merely requires the president to submit a series of reports to Congress on his strategy for constraining terrorists ability to use social media to organize. There are no mandates or actual restrictions included, merely recommendation, and so the bill is likely to receive broad support from both parties. After all, who can vote against fighting terrorism in this day and age?

The problem is that these sorts of measures are always the thin end of the wedge in government overreach. It begins with recommendations, followed by reports, then hearings, then draft proposals, and finally real laws with real teeth. The problem is, no one wants to fight on the early stages, and by the time the final stages are reached, the cake has already been baked. We will be told “we’ve been working on this for years, why didn’t you say something earlier? It’s too late now.” And the nation suddenly realizes as one that we’ve surrendered our online freedom of expression without even knowing it.

There are a couple of reasons why these proposals are both unnecessary and unwise. First of all, there already exists a mechanism to report illegal activity online. If groups are organizing violent attacks on Youtube or Facebook, that’s already illegal, and it’s a simple matter to report the activity to the FBI. New laws will do nothing to change that.

Second, the self-policing Clinton wants social media sites to do is simply not feasible in a free internet. Nobody can centrally monitor every single piece of content on these sites, much less distinguish reliably between the trolls and those who pose a genuine threat. Any attempt to do this would necessarily have to greatly restrict internet speech with widespread and indiscriminate censorship. As long as the internet remains an open forum of free expression, exercising the kind of control Clinton wants is impossible. If, on the other hand, the United States decides to go the way of China (as Trump apparently wants us to), erecting serious restrictions on online activity, the entire point of the internet as a communication tool is defeated.

Internet freedom is one policy area where the long arm of big government has mostly been kept at bay. It’s one area where the advocates of limited government have a real chance to stop bad policy before it happens. We just have to remain vigilant against the attempts of fear-mongering politicians to enact censorship behind our backs.