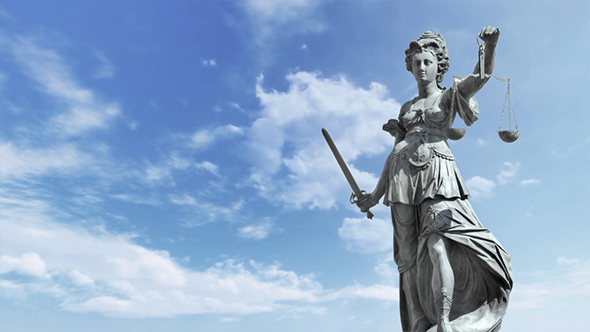 It is crucial now more than ever, therefore, to understand the current state of the justice system, and how our country would be even safer and more prosperous with common-sense criminal justice reforms. The 115th Congress has taken huge initiative on justice reform and reinvestment that FreedomWorks fully supports. We are pushing back against the overwhelmingly false narrative of rising crime rates and a need to incarcerate even more people, and doing so with facts.

A new FreedomWorks issue brief, Simple Justice: An Overview of Justice Reform in the 115th Congress, offers a comprehensive review of criminal justice legislation back to the 1960s, including crime rates, sentencing and corrections laws, and state initiatives to make change. It is our great hope that providing insight to lawmakers, congressional staff, and our activist community about the realities of justice in America will light the fire already being built in Congress to effect real change on this issue.

Central to the pushback on instituting justice reform at the national level is the narrative driven by individuals like Attorney General Jeff Sessions. This narrative plays on a false fear of rising crime rates and an unfounded motivation to bring back and enhance the tough-on-crime policies of the late 1900s. However, with such low crime rates today, these policies that have resulted in the United States having the highest incarceration rate in the developed world are not only unnecessary but also a drain on the average taxpayer.

Since its historic high in 1980, crime has returned to early 1970s rates. Rates in certain areas of crime have even dropped below those lows of the 1960s. The notion that our nation is in the midst of a public safety-threatening crime crisis is simply, factually untrue.

Quite to the contrary, the federal prison population has seen a shift in its makeup to almost a majority of inmates serving sentences for drug offenses. There are certainly violent drug offenders among those who are rightfully serving lengthy sentences. However, outdated tough-on-crime policies that forced judges to rule against their better judgment in low-level, minor drug offense cases has resulted in taxpayer money being wasted on non-violent individuals in jail, and not on individuals who are truly a threat to society.

Justice reinvestment efforts in the 115th Congress include the Sentencing Reform and Corrections Act, the RESET Act, the Mens Rea Reform Act, and a multitude of others. These commonsense measures ensure that limited resources available are used on individuals who need to be off the streets, and not on exposing non-threatening individuals to a prison system that often results in reoffense after release.

Reforms implemented in states such as Texas, Georgia, and South Carolina have proven that these measures are effective in reducing crime rates and reducing recidivism rates, while, at the same time, saving taxpayer money. Investing in the justice system in ways that will keep our streets safe instead of ineffective over-incarceration will return more money to taxpayers, and offer a safer America.

Through laying out these facts, and more, we offer “Justice Reform and Reinvestment in the 115th Congress” as a resource to educate on, analyze, and ultimately implement these much-needed reforms to our federal justice system. Allies in Congress are prepared to go to bat for this issue. We are as well, and with this new resource, we hope you are too.