The Outer Continental Shelf Lands Act (OCSLA) requires a five-year plan for the production and sale of oil and gas needed to meet American energy needs. The Obama lease plan for the next five years will close 85 percent of the American offshore drilling areas from production. The “new” five-year plan essentially reinstates the 30-year moratorium for offshore energy production. Obama under his “all-the-above” energy plan has been working to restrict offshore drilling access. The uncertainty of the oil and gas drilling industry is causing companies to look to other countries to allow them to do offshore drilling. President Obama is causing unnecessary increases in energy costs and hampering  job creation in various parts of the country, which have millions or even billions of barrels of untouched oil and natural gas. I thought the president said he was going to create jobs and help restore our economy? He has the perfect opportunity to do just that by opening up our Continental Shelf, but he’d rather push unaffordable, unattainable, andunreliable ‘green’ energy companies.

President Obama can’t run from the facts of the situation. His energy policy record is anything but promising for our future. In the last three years of President Obama’s term, offshore lease sale revenue is down over 250 times of what it was prior to him taking office, we went from collecting $9.48 billion to only $36 million in revenue. Even land oil production is down13 percent from last year.  The new plan Obama is supporting will only exacerbate the problem. The whole Atlantic and Pacific coasts, along with a majority of the Alaskan OCS areas off limits as well. Leases will become shorter, fewer in number, and increasingly costly. Yet Obama continues to stick by his statement that he’s increasing production and reducing oil imports.

“Millions of Americans are still looking for jobs. The Gulf Coast economy has yet to recover from President Obama’s moratorium on offshore drilling. President Obama has signaled today that he has no regard for our energy future, nor the jobs that a sensible, long-term plan for offshore development would create.”

House Energy Committee Chairman, Fred Upton had this comment to make on the issue:

“While we have seen some respite from rising gasoline prices, Americans are still paying almost double at the pump what they were when President Obama was inaugurated, and we are still just one natural disaster or foreign crisis away from a major supply disruption that could send prices soaring. To stabilize prices, we need a visionary, long-term supply solution. Earlier this month, the House passed a proposal with bipartisan support to remove the president’s barriers to American energy production and job creation. Today’s announcement underscores the urgent need for these commonsense reforms.” 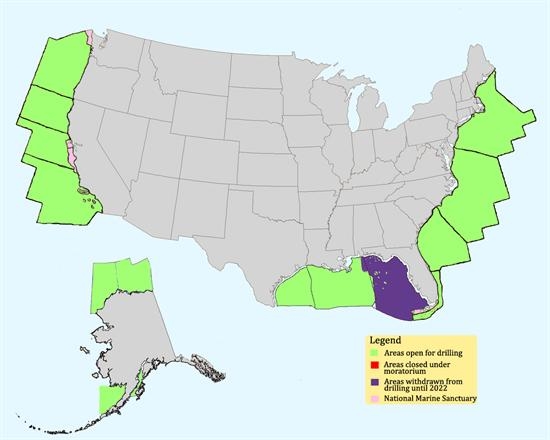 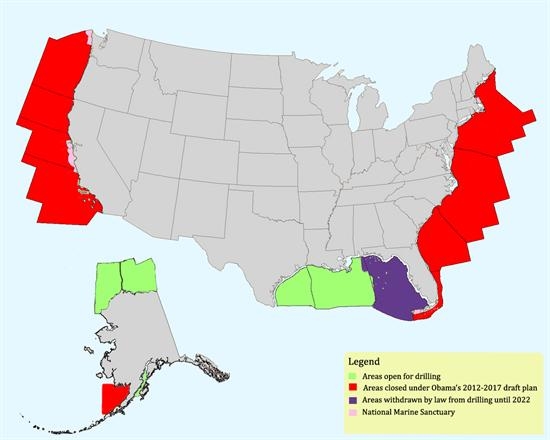 The House Committee on Natural Resources has come up with a replacement plan to Obama administration. This congressional plan would allow for additional oil and natural gas leases, create jobs, encourage offshore energy development, and increase domestic energy production to give America more energy security.

A lot of this will be moot if the Senate passes the Law Of the Sea Treaty (LOST). Call your senators and tell them to vote "no" on this treaty. Senator Kerry is pushing this bill into the lame duck session so it is important to get 34 or more senators to commit NOW to a "no" vote.

The current vote count is 32 "no" votes.....we are two vote shorts of defeating this treaty.

By next year, we'll have more GOP senators and this treaty will be moot for the considerable future.