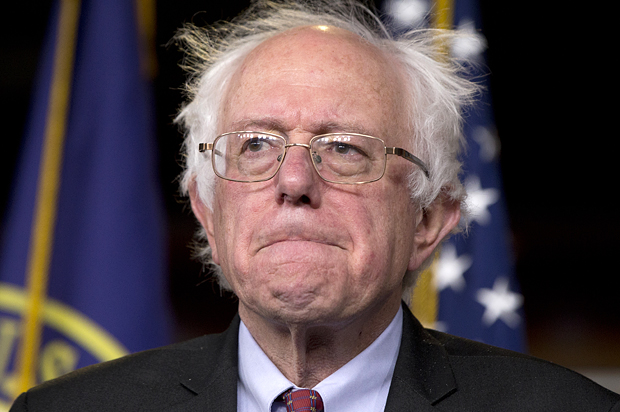 While Sanders' comments were limited to Uber, what he said is reminiscent of Hillary Clinton's negative remarks in July about the sharing economy, which includes popular ridesharing services. The Democratic frontrunner pledged to crack down on the sharing economy. "This 'on-demand' or so-called 'gig economy' is creating exciting opportunities and unleashing innovation," said Clinton, "but it’s also raising hard questions about workplace protections and what a good job will look like in the future.”

Sanders' notion that Uber is unregulated is utterly absurd. The Hill recently noted that "54 jurisdictions" have regulations in place to govern ridesharing services. Many cities have already passed regulations, sometimes very restrictive, at the behest of taxicab cartels, the very same ones that Sanders spurns on the campaign trail, which see Uber as a very real threat to their business models. The R Street Institute offers a look at which states have passed regulations aimed at ridesharing services and has graded major cities on their local ordinances.

In addition to state and local governments, Congress is another ever-lurking danger that could threaten the sharing economy, including ridesharing services. To this point, it appears the only serious scrutiny of ridesharing was a letter sent by eight House Democrats to Uber, Lyft, and Sidecar. Though these companies already conduct extensive background checks on potential hires, the eight Democrats urged the companies to fingerprint new and existing drivers.

Ridesharing services have, accordingly, hired firms to lobby on their behalf when -- it is not a matter of "if" -- legislative and regulatory battles begin. On a positive note, Rep. David Schweikert (R-Ariz.) has introduced legislation, H.R. 3592, that seeks to reduce the number of vehicles owned by three federal agencies by 10 percent and increase their use of ridesharing services.

As for Sanders? Well, what else do you expect from a socialist? He enjoys the benefits of a popular disruptive technology and, then, criticizes it because of his belief that government must have its hands involved in, literally, everything. His comments are laughably hypocritical and show how out of touch he is with evolving markets, especially one that is so popular with young people he is trying to court.