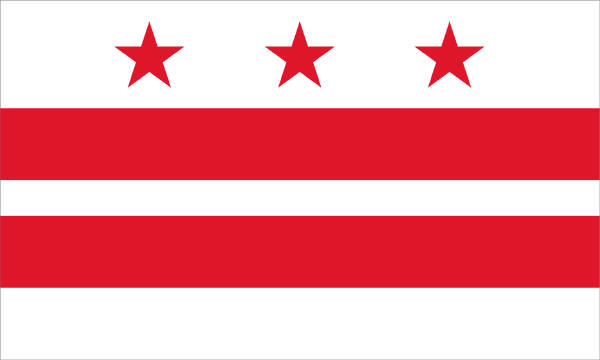 Congress zeroed out the federal individual mandate for health insurance, known as the “shared responsibility payment,” in Section 11081 of the Tax Cuts the Jobs Act, H.R. 1. The individual mandate was passed as part of the so-called “Affordable Care Act.” In 2017, an individual who didn’t purchase a government-approved health insurance plan would have to pay a penalty equal to 2.5 percent of his or her annual household income or $695, whichever was greater.

In June, the D.C. Council passed the Budget Support Act. Buried in the 297-page was a provision requiring residents of the District of Columbia to have a qualified health insurance plan or face a penalty. The provision states: “A taxpayer who fails to pay the District of Columbia shared responsibility payment imposed by § 47-5003 shall be subject to all collection, enforcement, and administrative provisions applicable to unpaid taxes or fees, as provided in Chapter 18, Chapter 41, Chapter 42, Chapter 43, and Chapter 44 of this title.”

Over at The Federalist, Chris Jacobs cited language in § 47–4471(a) of the Code of the District of Columbia that is rather concerning. The code states, “If a person determined to be liable to the District of Columbia for a tax neglects or refuses to pay the tax within 10 days after notice and demand, the Mayor may collect the tax, with interest and penalties thereon (and an amount sufficient to cover the expenses of the levy), by levy upon all property (including rights to property) of the person or on which there is a lien provided in this chapter for the payment of the tax.”

Subsection (b) of the statute explains that a levy “includes the exercise of the power of distraint and seizure by any means...If the Mayor levies upon property, the Mayor may seize and sell the property.” Basically, if you don’t buy the health insurance plan that D.C. councilmembers require you to have, you could lose your property.

Although states can implement their own versions of the individual mandate, D.C. falls under the jurisdiction of Congress. Article I, Section 8, Clause 17 of the Constitution states that “Congress shall have power…[t]o exercise exclusive legislation in all cases whatsoever, over such District (not exceeding ten miles square) as may...become the seat of the government of the United States.”

In July, the House approved an amendment to H.R. 6147, a minibus appropriations bill, offered by Reps. Gary Palmer (R-Ala.), Mark Meadows (R-N.C.), and Mark Walker (R-N.C.). The amendment prohibited funds from the bill from being used to carry out the D.C. Council’s version of the individual mandate.

Unfortunately, this amendment was stripped from the text of H.R. 6147 in the Senate. Sen. Cruz offered an amendment to add the language back in the bill. A motion was made to table the amendment, a motion which, if successful, would effectively kill the amendment and allow the D.C. Council’s individual mandate to remain in effect. This is precisely what happened.

“The individual mandate is one of the cruelest and most unfair aspects of ObamaCare. Every year, the IRS fined about 6.5 million Americans because they couldn’t afford health insurance,” Sen. Cruz said from the floor on Wednesday. “Sadly, the reaction of Democratic politicians in the District of Columbia is to reimpose those fines on the poorest residents in DC.”

Sen. Patrick Leahy (D-Vt.) blasted Sen. Cruz’s amendment, complaining that Congress would be interfering in D.C.’s business. Of course, D.C. is not a state, nor should it be, and Congress has explicit constitutional authority over its affairs.

But Sen. Leahy got some help from Senate Appropriations Committee Chairman Richard Shelby (R-Ala.), who claimed the amendment would “poison” the “path back to regular order.” Although Sen. Shelby said he agreed with Sen. Cruz’s amendment, he voted to table because he “want[ed] to maintain the progress we are making in the appropriations process to go to regular order.”

Unfortunately, D.C. residents who can’t afford health insurance coverage are now at risk of their property being seized because Senate Democrats, as well as some Senate Republicans, opposed the Cruz amendment.

Thanks for sharing me this informative article here on our website http://controlpanelwindows10.com you will get the important article that helps you to learn about where do i find control panel windows 10 operating system.