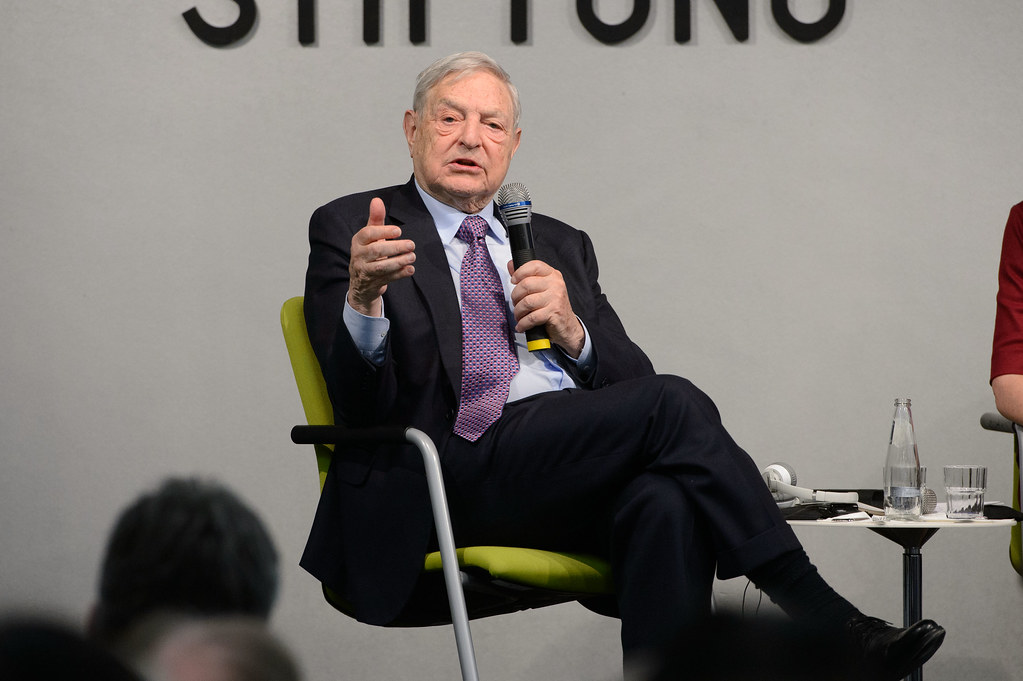 “The prosecutor exercises the greatest discretion and power in the system. It is so important,” said Andrea Dew Steele, president of Emerge America, a candidate-training organization for Democratic women. “There’s been a confluence of events in the past couple years and all of a sudden, the progressive community is waking up to this.” https://www.politico.com/story/2016/08/george-soros-criminal-justice-reform-227519

The “waking up” was George Soros’ scheme of bypassing the lawful process of convincing city and state governments to amend their laws to achieve his version of social justice. Instead, Soros selected, financed and helped elect DAs that could unilaterally exercise their unique and expansive discretionary powers.

“Well, there’s been this recent development where George Soros has been coming in, largely in, democratic primaries where there not going to be much voter turnout and putting in a lot of money to elect people who are not very supportive of law enforcement.”

Barr reiterates not supporting the police and predicts more crimes:

“[They] don’t view the office as bringing to trial and prosecuting criminals but pursuing other social agendas. And they have started to win in a number of cities, and they have, in my view, not given the proper support to the police. They’re following policies that are ultimately going to lead to an increase in violent crime and victims.”

Law Enforcement Today has exposed a couple of recent abuses of power by DAs.

In Suffolk County, Massachusetts District Attorney Rachael Rollins has a policy of reducing the charges of illegal aliens, so they are not arrested and deported by ICE.

Recently San Francisco’s new DA announced: “We will not prosecute cases involving quality-of-life crimes.” DA Chesa Boudin said, “Crimes such as public camping, offering or soliciting sex, public urination, blocking a sidewalk, etc., should not and will not be prosecuted. Many of these crimes are still being prosecuted; we have a long way to go to decriminalize poverty and homelessness.” https://www.lawenforcementtoday.com/attorney-general-barr-calls-out-soros-funded-district-attorneys-for-not-supporting-police/

“Billionaire George Soros is a social engineer in an age where America is susceptible to 'progressivism,' a cancer that has always been heavily funded by billionaires like Soros to fundamentally change the justice systems and school systems of our nation, thus fundamentally changing America.

"This change must take root at the local levels with local pawns put in key elected or appointed offices. What does this mean to the local voter? It means the will of your community at the ballot box can be stymied to the point that local courts and educational boards will not reflect your vote or the character of your community but the will of social engineers like George Soros.”

Reverend Bryant correctly analyzed the attacks by Soros, which has been copied by Bloomberg and are transforming many American communities. Granted, some districts have serious problems that must be addressed. These issues should be attended to by local citizens through democratic processes and not the will of two wealthy authoritarians and their overzealous District Attorneys.