S&P Warns That Congress May Have to Increase Insurer Bailouts 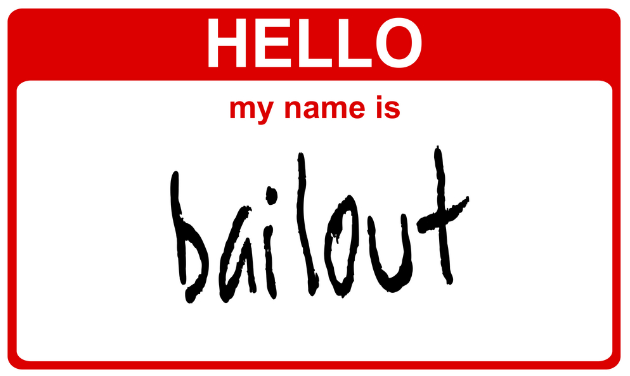 Insurance companies will soon be begging for more.

Last week, I wrote about how insurance companies are receiving only a fraction of the money they asked for to compensate them for losses under the Affordable Care Act, and how this was a consequence of structural weaknesses in the design of the law. Now, analysts from ratings firm Standard and Poor's are saying that the risk corridor fund charged with providing this money is nearly exhausted, and that congressional action will likely be required to refill it sometime next year.

Part of the reason the fund ran dry so quickly was that insurance companies, in an effort to attract as many people to their policies as possible, set their premiums lower than they otherwise would have, counting on the risk corridors to bail them out. The fact that the money won't now be there for them means that they will have to raise their premiums significantly next year to avoid taking huge losses. This in turn will hurt enrollment numbers, which are already fell hugely below the administration's initial expectations.

The White House has not yet indicated how it expects to deal with the bankrupt risk corridor fund next year, but Standard and Poor's believes that some sort of appropriations will be necessary to keep the fund solvent. Congress would have to vote to authorize such spending, and depending on how the intervening elections go, it could turn out to be a pretty tough sell. It's not easy for a congressman to go back to his or her District and explain to the voters why they want to authorize billions of dollars in spending to bail out insurance companies who are already charging consumers an arm and a leg for plans they are forced by law to purchase.

A health care system that requires continual taxpayer-funded bailouts to insurance companies is not one that can possibly function in the long term. What we are now seeing is the rapid deterioration of the political legacy of Barack Obama, a mess of a law about which Nancy Pelosi famously said "we have to pass [it] so that you can see what is in it." Well, now we see what is in it: corporate cronyism, crumbling exchanges, and bad math. Well, when the White House starts asking for still more money for insurance companies, we hope that Congress will be a little more circumspect in its response.