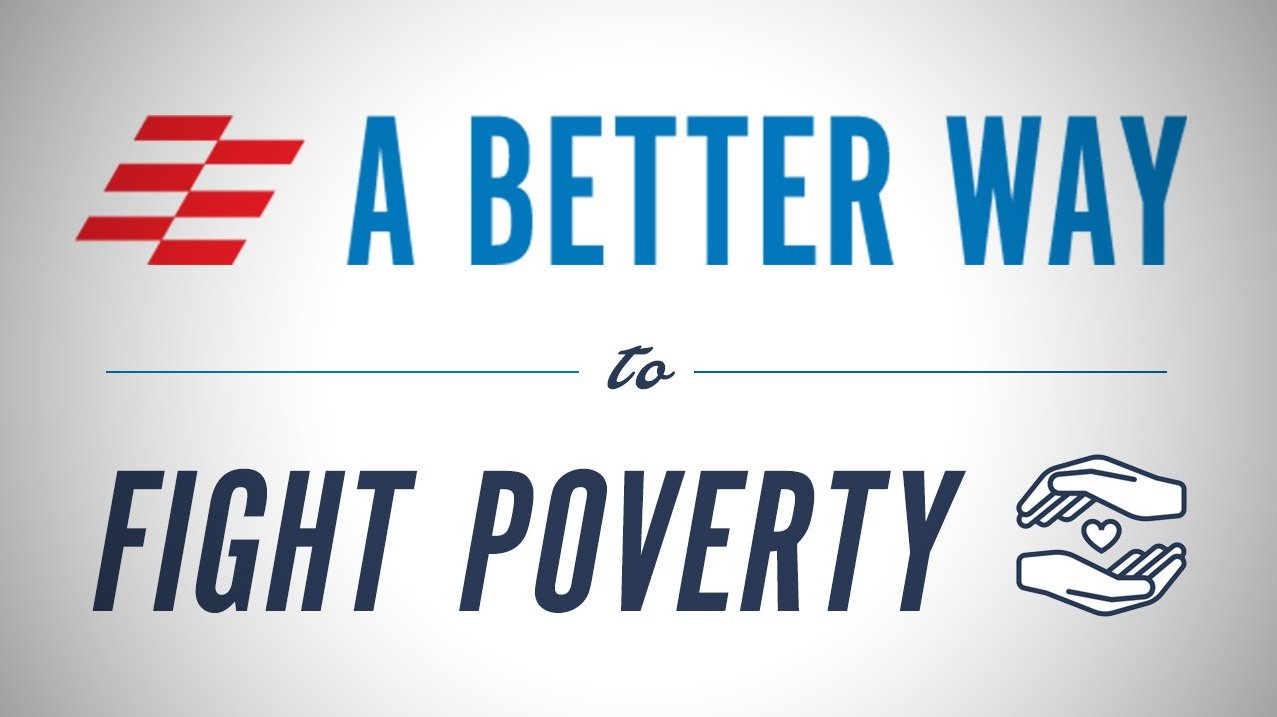 Developed by the Task Force on Poverty, Opportunity, and Upward Mobility as part one of a six-point initiative by House Republicans titled ‘A Better Way,’ this plan aims to transition government policy from treating the symptoms of poverty to those that perpetuate it.

According to Ryan, “instead of trapping people in poverty, we can get them on the ladder of opportunity, reward work, and open our economy so everyone can make the most of their lives.”

First, hard work must be rewarded by incentivizing and requiring participation back into the labor force.

Second, benefits and programs must be particularized and tailored to fit the diverse economic and social challenges of those living in poverty today.

Third, improving skills and schooling will ensure young Americans in poverty will have a better pathway to success while also creating a more productive labor force, thus assuring an economically stable future for all Americans.

Fourth, transitioning from “dependence to independence” will be facilitated through long-term based preparedness for the future and retirement. Fifth, relinquishing power back localities aims to increase accountability by empowering communities to reach the poverty stricken on a one-to-one level.

As noted by the speaker at his press event, success has long been measured in Washington by inputs in both time and money, resulting in a failure to achieve Americans desired outcomes.

Instead, Ryan believes his policy approach’s rejection of failed, top-down federal edicts of the past in favor of bottom-up solution making of the future will assure not only that American tax dollars are properly at work, but also finally make progress in eradicating poverty in America for once and for all.

According to others in attendance such as Rep. Andy Barr (R-Ken.), the poverty stricken in our nation are not a burden on society, but rather “untapped, dormant assets.” This initiative will not only supercharge our economy by saving money and providing increased labor, but also bring integrity back to these individuals as well as their communities.

Fully implemented with its six planks including poverty, jobs, taxes, security, healthcare, and government itself,” ‘A Better Way’ aims to restore what Ryan describes as America’s “timeless principles—liberty, free markets, consent of the governed” and apply them to the challenges facing our nation today.

According to Speaker Ryan, “all of us—not government—should have the biggest role to play in our lives. That’s what this is about.”

FreedomWorks knows that freedom works, and the government does not. The most effective solutions to combat poverty effectively will come from local communities, the states, and the free market. The federal government should get out of the way and let the American people succeed.

Speaker Ryan’s initiative is a step in this direction. It is important that it does not become a way to manage federal programs more efficiently than Democrats. The measure of success of the speaker’s plan will be the extent to which it returns responsibility to the people, and relevance to the Constitution.