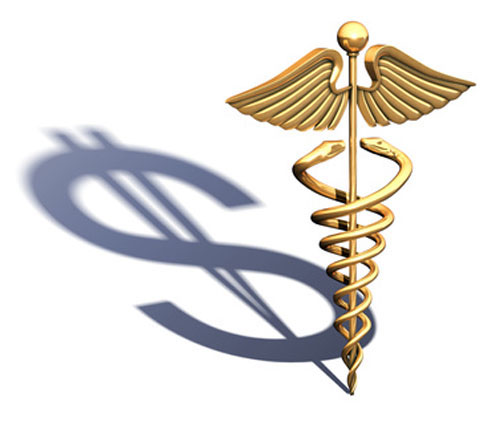 Health care is expensive. Who knew?

One of the key features of Obama’s health insurance law was the blanket expansion of Medicaid eligibility across the states. Not only would this advance the law’s stated goal of universal coverage, but it would also fulfill the secondary objectives of increasing dependence on government and expanding federal spending.

However, most of the individual states initially supporting the law are now in for a rude awakening, having reckoned without the immense strain that would be imposed on their own budgets as a consequence of the expansion. As data from enrollments starts to come in, the states are getting a little nervous as they realize the full import of what they have wrought. While signups for the health insurance exchanges were pathetically low, the Medicaid expansion suffers from exactly the opposite problem.

It turns out, when you aggressively market free health care for the masses, lots and lots of people show up to get in line. And while Medicaid is supposed to be for the poor, but the new expansion allows individuals well above the poverty line to sign up as well. Who could resist such government goodies when told that there will be no consequence?

Once more revealing their complete inability to understand how incentives influence human behavior, the regulators seem to have been taken completely off guard by the sheer number of people now showing up to collect their promised handout. Even given the fact that the law explicitly requires them to collect said handout or else pay a penalty... I mean a tax... no wait, I do mean a penalty... I think, if they fail to do so.

In California, enrollments are exceeding previous expectations by 300,000, running up an additional, off-budget tab of $1.2 billion. And that’s just the 50 percent of the costs being picked up by the state. The federal government is on the hook for the other half. In the tiny state of Rhode Island, Medicaid enrollments have exceeded expectations by 5,000 to 6,000 individuals, and in Washington state, the new eligibility guidelines have caused enrollments to triple.

But this is what Democrats wanted, right? More coverage for all? That’s certainly the way they’re trying to spin it, even when the desperation behind their words is palpable. When confronted with these alarming budget numbers, California State Legislator Richard Pan referred to the law as a success before making the following, telling observation:

“We are going to have to deal with how to support this success.”

Traditionally, success is thought of as the overcoming of problems, not the creation of them. It’s generally a pretty good clue that something has gone wrong when the fact that a plan is working as you intended results in making people worse off than before.

Given the reality of the math, these states that were once so enthusiastically in favor of ObamaCare will soon be facing an unpleasant choice. Either they will have to find a way to make up these budget shortfalls - no mean feat for a state like California already so far in the red it might as well be Greece - or they will have to reject the Medicaid expansion, as about half the states have already done.

The first option means either cuts to government services or tax hikes. In a state like California, I think we can all guess which it’s more likely to be. There is also a third option, for the state to simply descend deeper into debt, but sooner or later the number of people willing to lend to an insolvent government will dwindle and interest rates will rise, resulting in economic catastrophe.

The other option, rejecting the Medicaid expansion outright, is better in that it helps undo some of the damage of ObamaCare, but from a budgetary standpoint it is still problematic. The “Affordable” Care Act has already resulted in steep premium hikes in the states for which we have data. Even states rejecting the Medicaid expansion will still have to pay for the increased cost of health care under ObamaCare, since prices for those already eligible under old rules will rise as well.

It has long been obvious that Democrats’ partisan pus for ObamaCare was predicated on a bed of lies, from the idea that you could keep your existing plan to the claim that the law would actually create jobs. The staggering increase in costs now faced by state governments should have been easily foreseeable. The reason we are only finding out about it now is that Americans never would have agreed to so monstrous a law if they had known the truth about it beforehand. We had to pass it to see what was in it, and now we’re seeing all too clearly.