The State of State Income Taxes 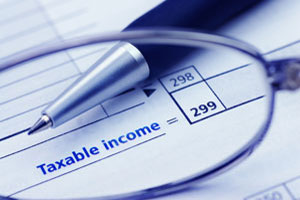 Perhaps in response to the Obama administration’s promise of raising taxes to burdensome levels on American taxpayers, some Republican-led states are now considering doing away with their states’ income taxes.  Instead, the states will bring in revenue with increased sales tax and/or by reducing business exemptions to the sales tax.  While the debate is sure to be heated, with Democrats already on the defense, the evidence for ending state income taxes is clearly on the Republicans’ side.

Currently, nine states have no state individual income tax - Texas, Tennessee, Florida, Washington, New Hampshire, Nevada, South Dakota, Wyoming and Alaska; however, New Hampshire and Tennessee tax dividends and interest income.  Nevada, South Dakota and Wyoming also have no corporate income taxes.  The Republican-led states weighing whether they should abolish their state personal and corporate income taxes are Louisiana, Nebraska and North Carolina.  Oklahoma and Kansas are also working to gradually phase out their states' income taxes.  According to Forbes, the move to no state income taxes would be a wise one considering the economic histories of the states that have gone without:

And what of the 11 states that are relatively new to having state income taxes?  Forbes continues:

All 11 states grew more slowly than the rest of the country after adoption of the income tax...

Moreover, per capita income relative to the U.S. average declined substantially after adoption of state income taxes in all 11 states...

What this means is that in these states all they got for paying state income taxes was a lower standard of living.

Democrats are already resisting the idea of removing state income taxes, yet offering no plans to spur their states’ economic growth.  Instead they claim the tax burden would be shifted from the wealthy to the poor.  In Massachusetts, Democratic Gov. Deval Patrick is hoping to raise the state’s income tax and lower the sales tax.

However, relying on the sales tax, or consumption tax, would be more in line with the Democrat’s desire for everyone to pay their fair share.  Citizens only pay for the goods they use and, in Nebraska’s case, sales tax exemptions for food would remain.  As laid out by Bonnie Lee, at FOXBusiness, “a consumption tax would be a true progressive tax if properly constructed. For example, groceries and other necessities may be exempt or taxable at a low rate. Larger-ticket items for those who can afford the finer things would be levied at a higher rate.”  Unlike income taxes, sales taxes provide additional revenue by those who ordinarily avoid paying taxes by working under the table or illegally; visitors to the state would also increase revenue.

It’s clear that something must be done to shore up the states’ budgets and create solvency in the long-term.  Ending state income taxes would not only provide the working class with more of their own paycheck, it would allow them to spend it or save it in ways that governments have shown they are incapable of doing.

Luckily, there appears to be leadership that is willing to make these changes and catch up with states that have already dropped the income tax.  To quote Kansas Gov. Sam Brownback, "Look out Texas, here comes Kansas."

In the 80's and 90's when boomers were at their peak earning years, talk about lowering income taxes and flat taxes and such were all the rage. I remember thinking then that with so many people earning so much, that government would NEVER cut the lifeblood of their existance. I figured that once the big earning years of boomers passed then that would be the time to cut income taxes and probably start concentrating on increasing PROPERTY taxes that older, post big-earnings people start being more vulnerable to. Sure enough - it's happening just like clockwork. I really don't care about income taxes anymore. It's the wicked, and constantly increasing property taxes that are starting to really hurt people. Most people have the whole thing backwards. They work their prime years in the highest income tax states like New York, New Jersey and the Northeast and then once they retire with much less income coming in, they move to high property tax states like New Hampshire and Florida and even Texas. I think it's high time we all start focusing less on income taxes and start focusing our thoughts, efforts and future plans on LOW PROPERTY tax states. The differences among them can be incredible and totally worth the effort.

Rule of Law should Trump Good Policy for Supreme Court

Sometimes a court reaches a decision that is great on the policy side, but appears to lack a basis in the law. Last week, in Comptroller v. Wynne, the Supreme Court made such a decision, continuing its practice of reading a negative Commerce Clause into our Constitution.