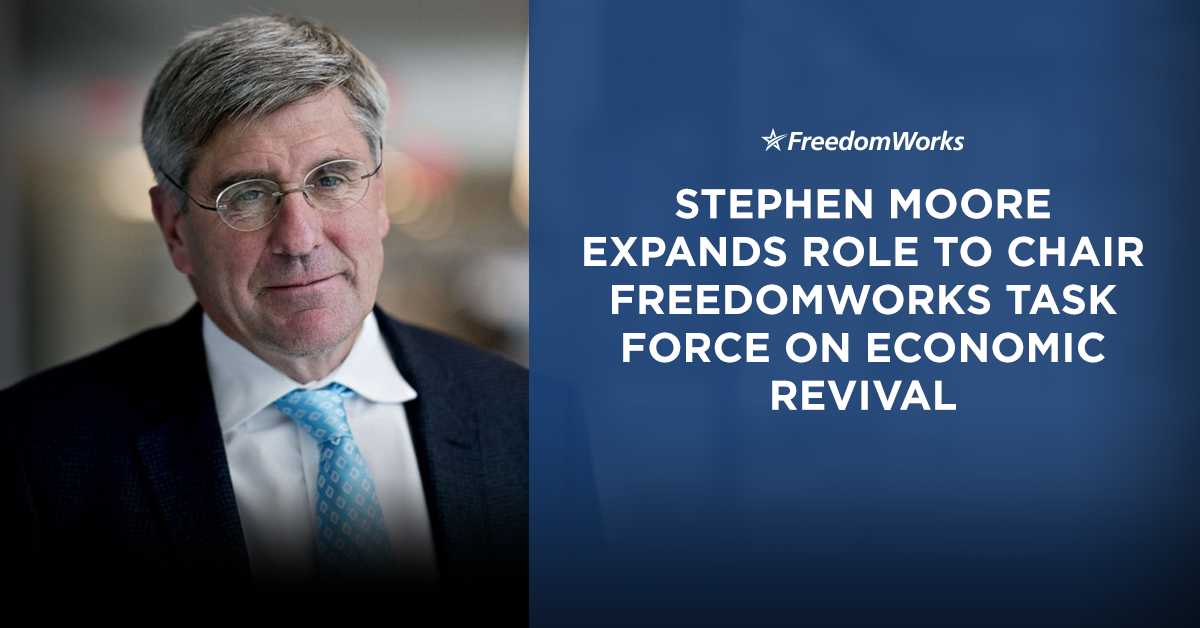 “We stand at a critical juncture in restoring our nation's prosperity and putting 30 million newly unemployed Americans from the lockdown back on the job.

“FreedomWorks is all about results. I’m expanding my role with FreedomWorks to put in place the economic policies that will guide America back to the record economic growth we had prior to this outbreak.

“Like many Americans, FreedomWorks’ community is eager to return to the workplace. When surveyed, 87 percent of FreedomWorks activists said America must begin to safely and responsibly reopen. We owe it to the American people to get the economy up and running again, or risk catastrophic long term damage worse than the coronavirus itself.”

“Steve Moore is the right man at the right time to head up our Task Force on Economic Revival. By partnering Steve Moore with FreedomWorks grassroots army - we’re going to change the national conversation about reopening the economy and putting America back on track to economic prosperity. Together we’re going to be able to make the change America needs right now.”