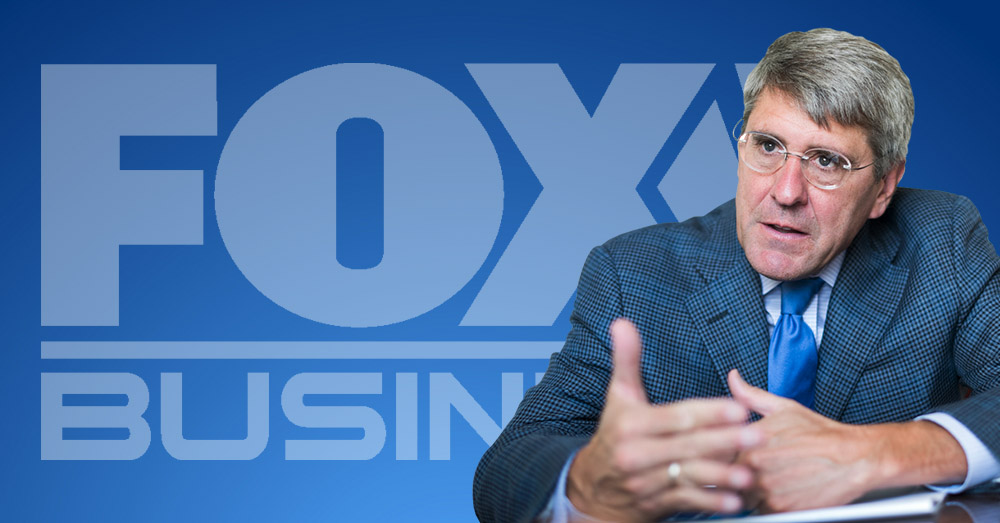 Similar to President Trump Opens a New Window. , Stephen Moore is an anti-establishment voice and critic of the D.C. swamp. It should come as no surprise that economists who never stray from mainstream, “acceptable” positions on the role of the Federal Reserve Opens a New Window. are also vehemently opposed to Moore’s nomination to the Federal Reserve Board of Governors. After all, to challenge the Fed’s orthodoxy is to challenge the Washington establishment.

President Trump won in 2016 by going against the established order. His victory showed the nation that what the “experts” want is not always what is best for the American people. His victory was a wake-up call to the nation that establishment experts are no longer unassailable. Having made a career of challenging the established order in much the same way, Stephen Moore is the dissenting voice so desperately needed on the Federal Reserve board today.

Respected economists warned that under President Trump, the U.S. would enter a recession almost immediately upon assuming office. Under Trump’s pro-growth economic policies, though, the United States has entered an era of prosperity it hasn’t seen in years. Tax cuts that many warned would severely damage the economy have instead resulted in the largest wage increases in years, record decreases in unemployment, and widespread investment that has benefited main street America and corporations alike.

Stephen Moore was one of the architects behind the crafting of President Trump’s tax cut and deregulatory agenda. These weren’t new ideas, though. They were simply the laissez-faire economic principles that had been discarded years ago in favor of the false consensus of big government, Keynesian ideas that slowed the growth of our economy. Moore has been a well known supply-sider throughout his entire career.

Moore, like President Trump, understands that prosperity comes not through government intervention, but through hands-off economic policies that provide for a pro-growth business climate. Challenging the orthodoxy of so many establishment economists, the same ones who oppose Moore’s confirmation, have instead benefitted millions of Americans.

Moore has written extensively about the dangers of politicians becoming too involved in the economy. He cites the administration of Herbert Hoover as an example of how things can go drastically wrong when America moves from laissez-faire economic policy to a command and control approach. Instead of buying into the faux orthodoxy of big government economists and pundits, he wants to unleash the American economic potential made possible when the government steps back.

Moore’s career demonstrates a willingness to challenge this economic orthodoxy revered as sacred by the Washington establishment. He has remained an ardent believer in small government, pro-growth economic policies that empower consumers and businesses alike. This is reason enough to trust him as Trump’s pick for the Federal Reserve Board of Governors.

Among the many reasons to confirm Stephen Moore is that he believes in sound money. The Federal Reserve Board thinks it better instead to aggressively expand money supply. The quantitative easing that the Fed implemented following the 2008 financial crisis has initiated the slow-motion destabilization of the American Dollar.

Sound money is the basis for economic prosperity. Sound money is only possible with a return to the gold standard or a system where the value of our dollar is tied to a real commodity, something for which Moore has advocated. Without an anchor for the American dollar, inflation caused by the Fed’s tinkering with the money supply will lead to economic uncertainty, as it has for decades

Moore couldn’t disagree more with a central tenet of the Fed’s doctrine, quantitative easing. The Washington establishment puts far too much emphasis on the necessity for the central bank to tinker with our money supply, thus undermining the American dollar. Therefore, Moore’s voice of reason is much needed on the Federal Reserve Board to ensure a stable currency, the building block for free markets and economic prosperity.

By going against the D.C. status quo, Stephen Moore has shown he’s not afraid to embrace the anti-establishment background that has made him a breath of fresh air when it comes to American economics. As we’ve seen in the past few years, the Washington establishment has a poor record of getting it right. Stephen Moore’s confirmation to the Federal Reserve Board would bring another round of much-needed change to Washington.