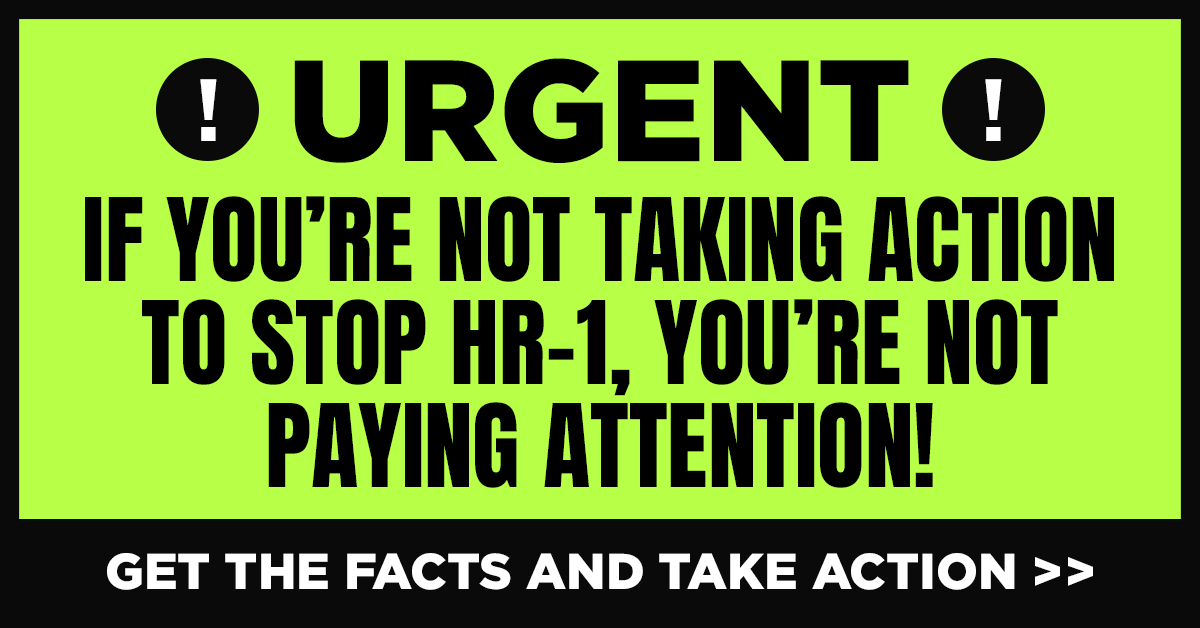 According to the bill’s text, the “For the People" Act aims to "expand Americans’ access to the ballot box, reduce the influence of big money in politics, strengthen ethics rules for public servants, and implement other anti-corruption measures for the purpose of fortifying our democracy, and for other purposes.”

Don’t let the titles and feel good words of the text fool you -- they only serve to mask the harmful reality of what we are instead calling the "For the Politicians" Act and the damage it would cause to our electoral system as it now exists.

HOW THIS CAN CHANGE ELECTIONS

H.R. 1 threatens to federalize elections and trample on the authority of states to run their elections in the ways that work for them. It would create a three judge panel to redraw congressional districts, prevent states from determining the qualifications of their voters, require states to allow same-day voter registration, and prohibit states from imposing restrictions on who can vote by mail. This is a violation of the Constitution (Article I, Section 4), which explicitly vests states with the power to determine their own election laws.

HOW THIS CAN CHANGE POLITICAL ACTIVITY

One of the most concerning aspects of this bill is the provision that would force all organizations involved in political activity, like FreedomWorks, to disclose their donors. This will open a door for the left to intimidate, threaten, and dox private citizens who choose to participate in the political process -- all under the guise of “transparency.”

Furthermore, due to its broad definition of “coordination,” the bill would effectively ban nonprofits from contacting a member of Congress about ANY policy issue. This is a direct assault on the people’s right to petition their government and would cripple many organizations' ability to represent their members.

There is also a provision in the bill for effectively taxpayer-funded campaigns with a 6-to-1 subsidy for certain candidates for small dollar donations. This means that Americans -- Republicans and Democrats alike -- will be forced to subsidize campaigns they don’t agree with, like conservatives paying for ads on socialized healthcare.

HOW THIS CAN CHANGE D.C.

While it does not make D.C. a state, the bill expresses support for D.C. statehood, falsely declaring that "there are no constitutional, historical, fiscal, or economic reasons why the Americans who live in the District of Columbia should not be granted statehood" and making numerous arguments in favor of D.C. statehood.

WHAT CAN I DO?

Contact your Members of Congress and tell them to stop H.R. 1 right now!