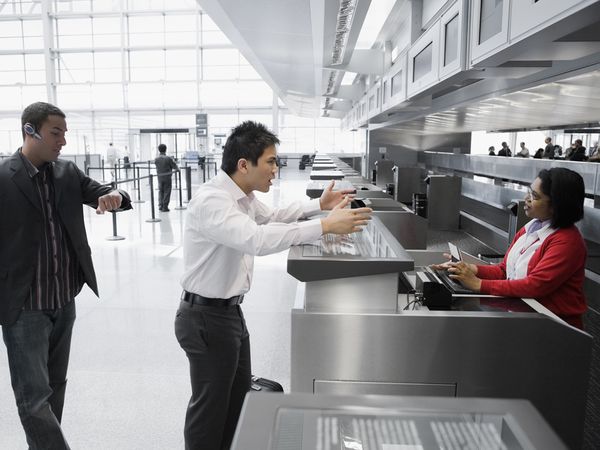 To add to the situation, recent events like the Brussels Airport terrorist attack on March 22, grant politicians a certain level of justification to input additional, overbearing regulations to an already burdensome bill in the eyes of a public presently alarmed by the ever-looming threat of ISIS. Sure, numerous attempts at safeguarding the American public seem undoubtedly necessary at first glance. However, what good does it do the American citizen to push forward amendments, such as Sen. Chuck Schumer’s (D-N.Y.), requiring the FAA to set a minimum seat size to prevent airlines from “chopping down seat size and legroom until consumers are packed in like sardines in a can on every flight”?

Our ability to comfortably sit on an airplane aside, let’s instead take particular focus on Sen. Cantwell’s attempt this week to pass Amendment No. 3490. Her aim was to protect against the physical assault to air carrier customer service representatives. Of course air carrier employees deserve every bit of respect afforded them in their capacity as representatives charged with the carrying out of daily airline affairs and assisting customers rushing to catch flights, but what implications did this amendment actually make?

For starters, the proposal confirmed the constant overreach practice employed by our government. Airline employees are agents of private entities and are not federal employees. Moreover, airports are not federal property. These instances differ from the authority the federal government has on misconduct committed aboard a plan in flight or directed toward air marshals or TSA agents. States and local agencies already provide avenues for citizens, including airline employees, to take legal action against assailants, so why would federal intervention be necessary at all?

Even more troubling, Sen. Cantwell’s proposed amendment aimed to make assault on air carrier customer service representatives a potential 10-year felony. Assault, by its legal definition, is threat of bodily harm combined with an apparent, present ability to cause the harm. In other words, so long as the victim has a reasonable level of apprehension of immediate harmful or offensive contact, the actual ability to carry out the feared contact is NOT necessary.

Imagine getting into a heated conversation with an airline employee who is possibly having a bad day and drops any form of customary nicety. What if you are equally having a bad day, rushing to catch your flight? You’ve already had to remove your shoes, belt, and watch, listen to a baby’s incessant crying, and fumble through your pockets to present the appropriate identification at different points in the process. Suddenly, you and the airline employee squabble over an issue; only, the airline employee is so perturbed with your smart comments that he or she decides that you have caused him or her a reasonable level of apprehension of immediate harmful or offensive contact. You’re whisked away by airport security faced with the threat of an automatic, maximum 10-year sentence.

Oh, and by the way, you’re definitely missing that flight.

Overcriminalization in any form is unacceptable. Limiting unnecessary government regulations and overreach seems a never-ending struggle despite successful moments of bipartisan agreement like efforts behind criminal justice reform. Keeping an ever-mindful eye over bills and amendments in Congress is especially important because politicians relentlessly believe that creating more rules and regulations is the solution to our country’s everyday issues. That, however, couldn’t be further from the truth.

On behalf of our activist community, I urge you to contact your representative and ask him or her to co-sponsor the Safe, Accountable, Fair, Effective (SAFE) Justice Act, H.R. 4261, introduced by Reps. Bobby Scott (D-Va.) and Jason Lewis (R-Minn.). The bill would focus resources on violent and career offenders, implement evidence-based programs to reduce recidivism, restore congressional intent to certain mandatory minimum sentences, and address over-criminalization in federal criminal statutes and regulations and over-federalization of criminal law.

Hot dogs are becoming the unlikely symbol for overcriminalization in the United States of America. More specifically, the heavily codified permit system which profits the state and harms small business owners. On September 9th of this year a man was selling hot dogs on the street in Berkeley without a permit when campus authorities approached him and took money straight from the vendor’s wallet. While law enforcement said that the money was evidence, the action is representative of the larger issue at hand.