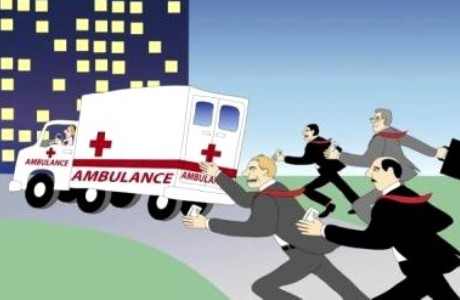 Last month, the Consumer Financial Protection Bureau (CFPB) announced a new proposed rule designed to line the pockets of trial lawyers. The seemingly innocuous rule would effectively outlaw certain contractual provisions related to consumer financial products. But rather than protecting consumers, this proposed rule was about helping trial lawyers, a special interest that overwhelmingly supports Democrats like President Obama. Now, you have the opportunity to comment on this rule and tell the CFPB to stay out of your financial decisions.

This rule is not about protecting consumers; it is about making it easier for trial lawyers to file class action lawsuits. Currently, consumers and financial product providers can choose to waive class actions as a part of normal business, setting up a process for consumers to settle disputes through arbitration, a much cheaper and faster process. However, arbitration is not profitable for trial lawyers. Trial lawyers make money by collecting massive groups of people in class actions. Using the threat of long, expensive litigation, trial lawyers then extort settlements from companies, taking a large cut for themselves before passing out whatever is left to their class action members.

This leads to a second major objection to this rule: the CFPB’s own study shows that for individual consumers, arbitration recovers more money, and in a shorter period of time, than class actions. The CFPB’s study, which this rule is supposed to be based on, shows that individuals recover several thousand dollars on average from arbitration in on average 2-5 months, while the average class action settlement individual payment is a mere $32.35 while taking 2-5 years.

Finally, this rule is not cost free, the money that trial lawyers will make from class actions does not come from thin air. Those increased costs are passed on to you, the consumer, in the form of higher fees and higher rates of interest. All the financial products covered by this regulation will become more expensive. All this to line the pockets of special interest trial lawyers.

Does this sound like the current administration is taking money from the pockets of average Americans in order to pay off its trial lawyer donors? You have until August 22 to tell the administration to stop this rule. Comment now at this link, make your voice heard.