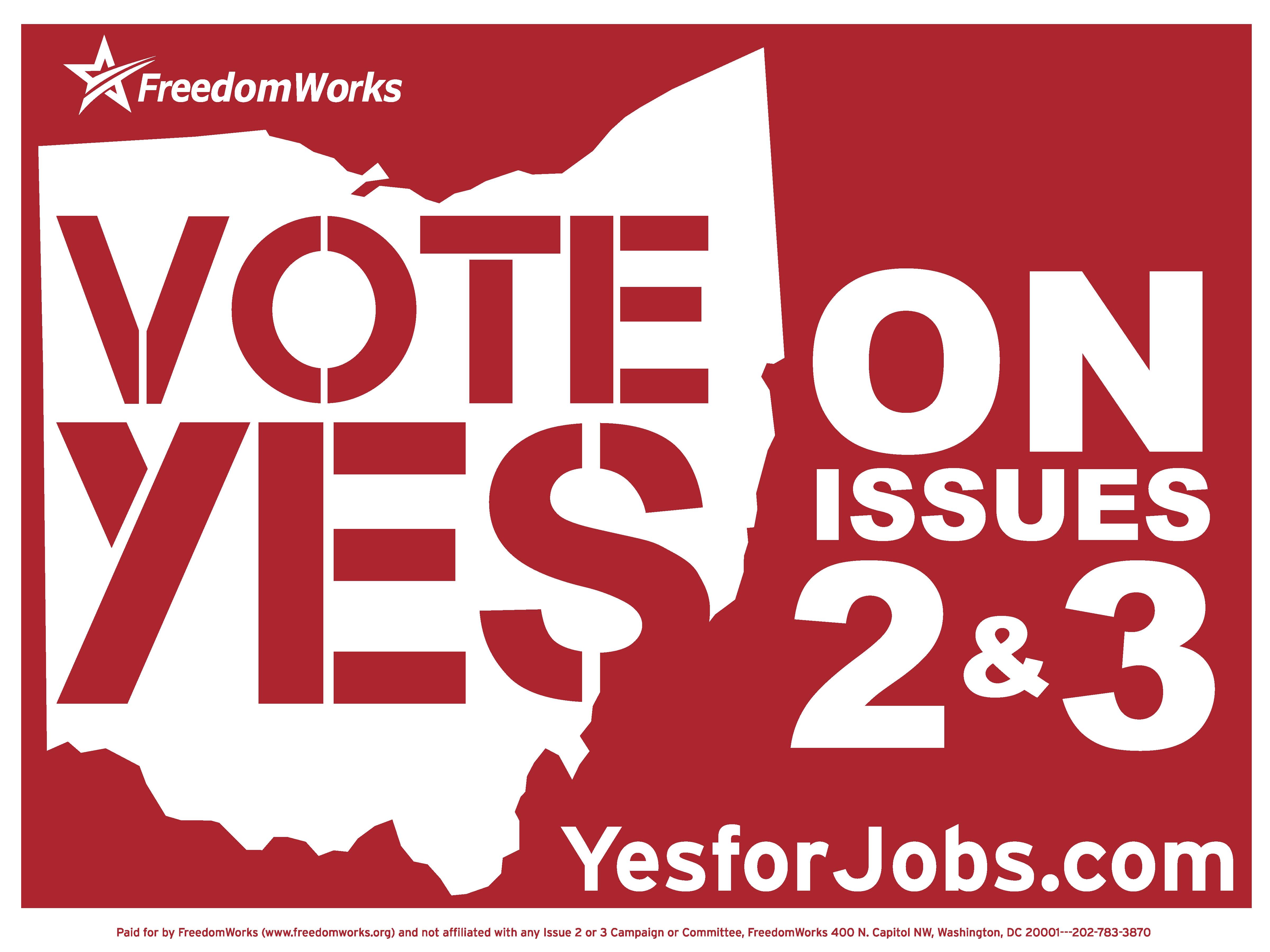 On November 8th, Ohio voters will decide on two critical ballot initiatives, Issues 2 & 3, that have national implications for the Tea Party movement. If both measures pass it will be a huge victory in our efforts to stop ObamaCare and the corrupt influence of Big Labor.

Unsurprisingly, President Obama’s liberal and Big Labor allies are spending millions to kill Issues 2 & 3.  Even though they failed in Wisconsin earlier this year, union bosses are hoping they can shutdown these much-needed reforms in Ohio.

But FreedomWorks is on the ground in Ohio fighting back. 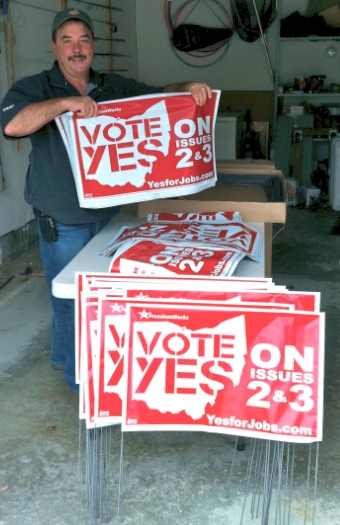 We’ve been in Ohio leading the fight with our Yes for Jobs campaign by distributing yard signs, handing out educational materials and doing voter drives in support of Issues 2 & 3.

Issue 2 asks voters whether they want to keep reforms signed into law by Ohio Governor John Kasich that have reined in bloated state budgets and curtailed the lavish privileges given to public sector unions. Voting YES on Issue 2 restores fairness for Ohio’s taxpayers, promotes economic growth and creates jobs.

Issue 3 asks voters whether they want to maintain health care freedom in Ohio by stopping ObamaCare’s government takeover in the Buckeye state.

Issue 3 ensures that no bureaucrat can take away Ohioans’ freedom to choose their health care or health insurance. Even more importantly, voting YES on Issue 3 reiterates that President Obama’s health care mandate is unconstitutional.

Winning this battle would not only provide a huge momentum swing for the Tea Party but would serve as a clear rejection of the Obama agenda.

That’s why we are eager to nationalize this important vote on November 8th.

If you’d like to contribute to support our efforts to stop ObamaCare and Big Labor in Ohio, please do so now.

Kasich & the Boys are going down

You can put yard signs in my yard, it's on State Route 43, three miles north of Carrollton.

In the more Southwestern Ohio & Northern Dayton part of Ohio you may contact us on our website for signs. We have lots of them. -Miami County Liberty

How do I get a yard sign? I live within 1/4 mile from Green H.S. There is a lot of school traffic (union teaches) and undecided public.