Strings Attached: The One-Sided Relationship Between the FDA and the Media 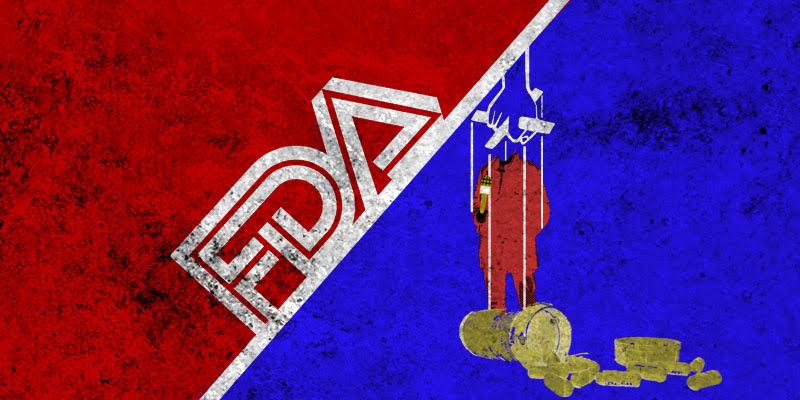 To the modern American, the word propaganda may conjure up images of World War II, Soviets, or even an Orwellian police state. It just does not sound like something that is encountered in America today. But the truth is that propaganda is still alive and kicking and, as covered by a recent Scientific American article, the FDA utilizes journalists to disseminate propaganda.

Sometimes when there’s a new story coming out of an institution, that institution will invite reporters to a meeting where select journalists will get the story early, but it’s all done under the agreement that the story will not be published until a specified time on a specified date. It’s an old journalistic tool known as an embargo, and before the embargo is lifted, reporters typically seek outside comment on the stories to get the perspective of an expert or some interested party. This is done so that a story is published with a variety of viewpoints in an effort to keep readers informed and to help readers reach their own conclusions.

What the FDA has been doing is holding something known as a close-hold embargo. In this set-up, reporters get the story early but under the condition that they can’t seek outside comment until after the embargo has been lifted. In practice, this means that if a reporter wants to be the first one to break a story and to do so as soon as the embargo is lifted, then they will have to publish the story with the only perspective they have on it--that is, the FDA’s.

Journalists are free to seek outside comment after the embargo has lifted and even to edit those perspectives into their articles, but by that point the damage is done. At the time of publication, the FDA’s spin has been presented as authoritative, and the media has been used as the propaganda arm of the FDA.

Break the embargo, and you don’t get invited back for the next story. Reveal that there was a close-hold embargo on the story, and you may not get invited back, as Sabrina Tavernise of the New York Times discovered. Sometimes, just being affiliated with a certain news agency (like Fox) means that you don’t get invited to the FDA’s press briefings. As can be expected, the FDA plays favorites with journalists, which makes the next point all the more important.

The FDA is not the only one to blame here. Reporters who are so desperate for a story and agree to be used as propaganda mouthpieces for the federal government in exchange for an early scoop should be called out.

But the focus remains on the FDA: Their regulations stifle competition, their slower-than-molasses bureaucracy results in many Americans never getting access to potentially life-saving medication, and, as if that’s not enough, they use the media as a propaganda arm.

Don’t trust the FDA. Don’t trust stories about new developments at the FDA. The FDA already has command over people’s lives and the choices they make. When given this much power, is anyone surprised that the FDA wants to control the press?

Once you’ve started playing our free Spider Solitaire games you’ll find it’s hard to stop. https://onlinespidersolitaire.page.tl/ You’ll learn to appreciate good cards and learn to strategically work your way around the more difficult ones. We hope you’ll enjoy our games.