Student Loans Are Another Bubble Ready to Burst 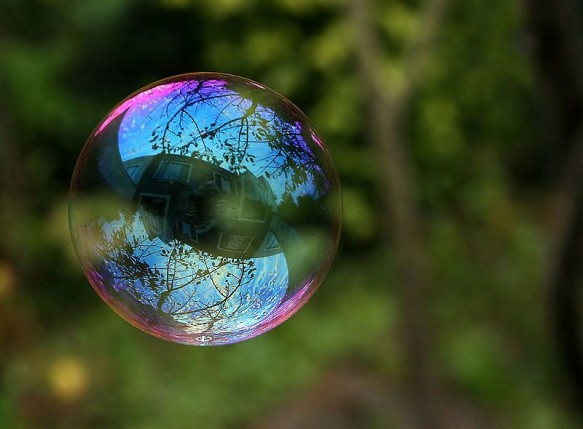 Sure, it looks pretty now. But what about when it bursts? Then nobody's happy.

If there’s one group of people who are getting a raw deal these days, it’s the young. The unemployment rate among 16- to 19-year-olds is a whopping 19.1 percent, ObamaCare is raising the costs of health insurance for young people by compelling them to subsidize their parents and grandparents, and the current generation of politicians continues to rack up debt that will one day have to be paid for at future generations’ expense.

Many of these millennials are pinning their hopes for the future on getting a good college education, having been told by the “Powers That Be” that college is essential to a happy, healthy and prosperous life. This may be true for some, but America’s youth are not being given the full story, and the president’s push for higher education for all is doing a disservice both to individuals and to the economy as a whole.

The push for universal college enrollment has resulted in a massive pile-up of student loan debt, a bubble that threatens to burst at any moment. More than 40 percent of all 25-year-olds carry student debt, and the total balance of debt is more than a trillion dollars. The average loan holding graduate of today will have to pay back a whopping $33,000, up from $31,000 last year and under $10,000 in 1993. Clearly, students are increasingly being priced out of the market for education.

The reason the price of loans, as well as education itself, has risen so much, so quickly, is that the government, in its typically misguided fashion, has taken over the market and eliminated private competition. When loan companies compete, they each have an incentive to keep prices low in order to attract customers from their competitors. The government faces no such incentives, and so loan rates skyrocket. Colleges and universities are quick to take advantage of this easy money by raising tuition rates as well, resulting in a vicious circle of unaffordable education.

Price is not the only area where government has failed students. Despite ever increasing government subsidies, college enrollments have been slipping, dropping by 1.5 percent in the fall of 2013 alone, and some institutions, such as JPMorgan Chase and Lehman Brothers, have already announced that they will slow or even stop their issuance of student loans, as the risk of default becomes unacceptably high.

This is the same pattern we saw in 2007 when the housing bubble began to burst. Once investors begin to realize that debt has become excessive, their flight from the market causes interest rates to spike, more defaults, and a downward spiral that leads to a painful crash. Sooner or later, we can expect a bailout at taxpayers’ expense, another wrongheaded effort to correct problem using the same methods that caused it.

All this is the result of trying to impose a one-size-fits-all solution on a nation of diverse individuals with a wide variety of temperaments, needs, goals and desires. College is indeed a great opportunity for many, but it is not right for everyone, and pretending otherwise results in market distortions that harm us all.

The wage premium from college is not what it once was, and there are a wide variety of options for those who either can’t afford to attend a university or are otherwise ill-suited to a liberal arts education. Trade and vocational schools, internships, apprenticeships and simply getting a head start on working experience in lieu of investing several years and thousands of dollars on a diploma can all be worthwhile alternatives. Overall, college is simply not as attractive an option as it used to be, but that hasn’t stopped officials in the federal government from trying to push more and more people in that direction.

The decline in American manufacturing is often lamented as a tragedy, yet some companies have complained that they are unable to find qualified workers for many of the technical jobs that are essential to the manufacturing process, despite offering high wages and good benefits. A four year degree from an Ivy League school is not of very much use to a professional welder.

Right now, colleges are enjoying easy money courtesy of the federal government. The predictable result is that tuitions have become inflated, pricing many worthy students out of the market for education. The president thinks the solution is still more spending, more easy money, more student debt, failing to recognize that these are the very policies that created many of the problems with our higher education system to begin with. This further emphasizes the importance of voting in candidates who support education freedom in the midterms this November.

When the state meddles in private markets, trying to artificially set prices or create demand where it is lacking, the inevitable result is the creation of bubbles which then burst, causing untold economic pain and hardship for ordinary people. What we need is a genuine free market for education, not more big government programs.

Why Can't We See We're Being Scammed?

If someone called you, and told you that they wanted to give you $10,000 in loans, with extremely low interest rates, that you could use to spend on whatever you wanted, and in ten years, if you haven’t paid them back, the loan would be forgiven, what would you say? You don’t have a credit history, you don’t know this person, and you’re only 18 years old. You wrack your brain, but you can think of exactly zero reasons why this person would want to give you money.

As one of our over 6 million FreedomWorks members nationwide, I urge you to contact your senators and ask that they vote NO on the Bank on Students Emergency Loan Refinancing Act, S. 2432. This bill would continue the total federal takeover of student loans, funded on the back of further tax increases.

Capitol Hill Update, 7-29-2013House& Senate/Schedule: Both chambers are in session this week, after which both will leave town for five weeks for the annual August recess. The session will resume on September 9th.