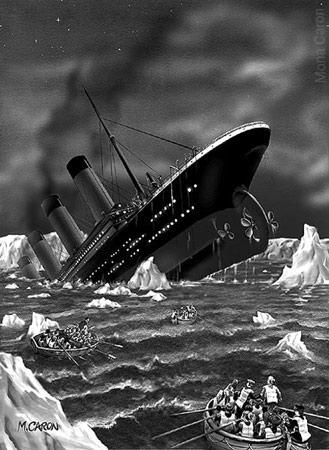 With policies like this, sometimes the only thing left to do is abandon ship.

It is fairly common knowledge by now that most people aren’t happy with the Common Core education standards that state and federal governments are trying to ram down their throats. From needlessly convoluted math problems to anti-American history curricula, Common Core makes education a maddening chore for students, parents, and teachers alike.

But what can parents do? Schooling is compulsory, and most people don’t have the money to pay the expensive tuition at private schools. Even if they did, more private schools are choosing to align with the standards, fearing a lack of preparation for standardized tests will hurt their bottom line. Thus, it would seem that there is no escape for those who want their children to actually learn how to think rather than be subjected to the mindless and rote methodology encouraged by Common Core.

But looks can be deceiving. In fact, parents do have an escape hatch, and one that they are increasingly eager to use: the option to homeschool their children.

In North Carolina, homeschoolers now outnumber children enrolled in private school. Today, more than 150,000 North Carolinians are being educated at home. Compare this to a private school enrollment of about 96,000 and the fact that the largest public school district in the state has 143,000 students, and this is a pretty impressive statistic. It’s also shown significant growth of 14 percent over last year.

Dissatisfaction with Common Core and the state of public education in general is only one of the factors driving increases in homeschooling in North Carolina. The state has relatively relaxed laws about homeschooling, making home education a relatively more attractive option than in states that more actively regulate the process. The interesting point is that when parents are given a choice, without the government throwing barriers in their way, more and more are choosing to opt out of the traditional school system, surely an indication of how broken public schools have become.

The American people have spoken, and are continuing to speak about their distaste for government controls on education. From No Child Left Behind, to Head Start, and now Common Core, federal meddling has never resulted in improved education outcomes, regardless of how many tax dollars are thrown at the problem. As in all other markets, choice and competition yield the best results.

The fact that North Carolinian parents are in open rebellion against the education bureaucracy proves the abject failure of a top-down, one size fits all government program in a field so diverse as the molding of young, individual minds.