Successful conservative reforms could be coming to the federal prison system 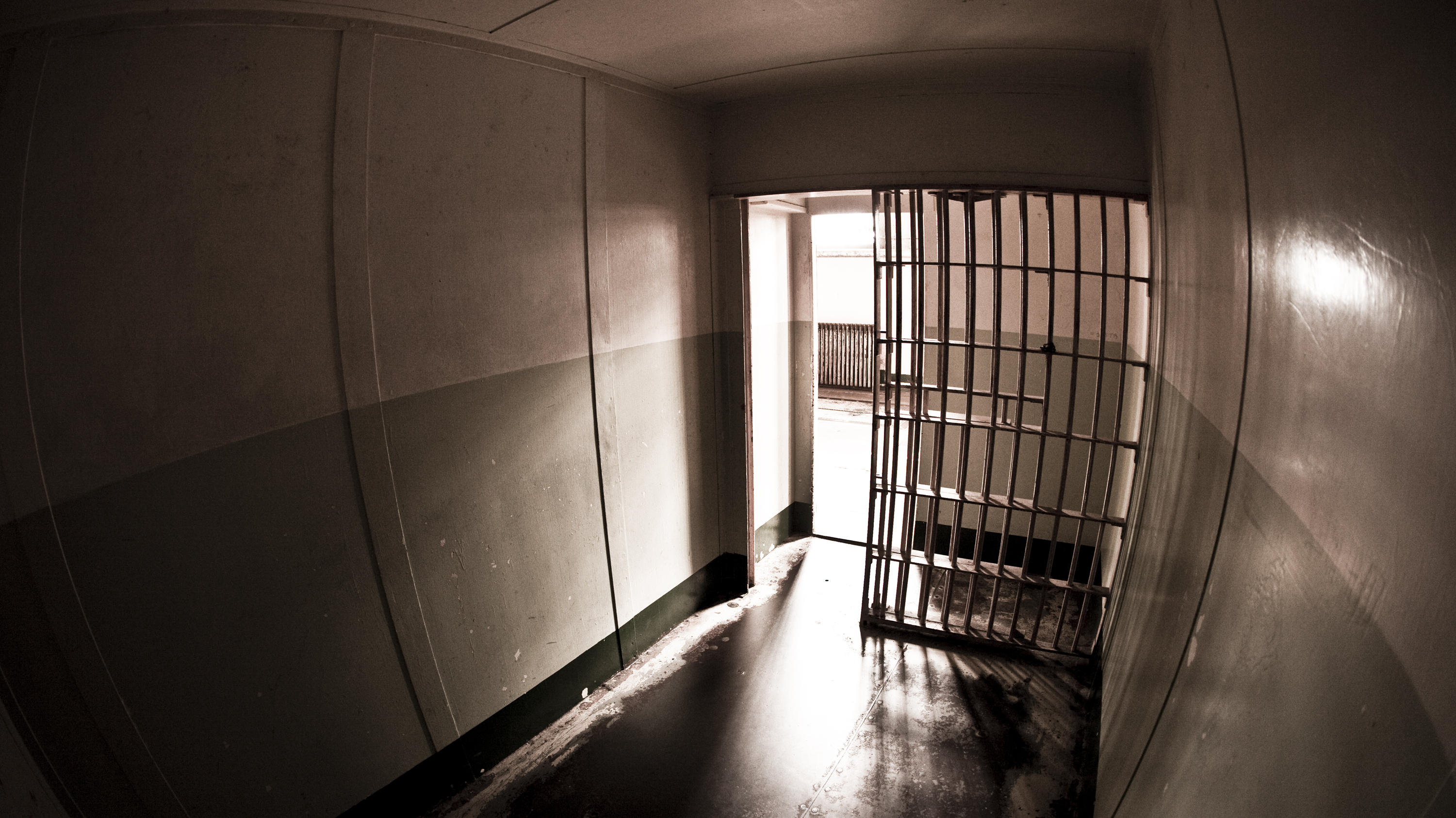 Political pundits and the media like to tell Americans that there's no hope of President Barack Obama and Republican-controlled Congress getting anything done. They're too far apart on almost everything, the talking heads say. This is certainly true on some big issues, but there are other areas emerging for which there is broad support on Capitol Hill and in the White House. Among these is criminal justice reform.

Republicans and Democrats in both chambers have already come together to introduce legislation that would address the growing costs of incarceration as well as front-end reforms to give judges more discretion as they consider sentences for nonviolent offenders. Another unlikely duo, John Cornyn (R-TX) and Sheldon Whitehouse (D-RI), have teamed up on prison reform.

Prisons in the United States, which has the highest incarceration rate in the world, are severely overcrowded and prison costs have rapidly grown. As noted on Tuesday, the federal Bureau of Prisons' budget nearly doubled between FY 2000 and FY 2013, from $3.668 billion to $6.445 billion, and the annual cost of incarcerating a prisoner has jumped from $21,603 to $29,291 over the same time period.

These costs leave little room to in the budget to spend on increasing capacity or modernizing prison facilities. The Bureau of Prisons, for example, has a backlog of major modernization and repair projects at a cost of $348 million, according to a March 2014 report from the Justice Department. This backlog, per the report, doesn't include the "universe of unfunded repair and improvement minor projects."

Cornyn and Whitehouse see this as a problem that has to be address sooner rather than later, and they are renewing a partnership that was formed last year.

In March 2014, The Senate Judiciary Committee, led by then-Chairman Patrick Leahy (D-VT), overwhelmingly passed Whitehouse's Recidivism Reduction and Public Safety Act (S. 1675), which was amended to include elements of Cornyn's Federal Prison Reform Act (S. 1783). Unfortunately, the resulting bill was never brought to the floor for a vote.

But with calls for criminal justice reform growing, Cornyn and Whitehouse, on Tuesday, introduced the Corrections Oversight, Recidivism Reduction, and Eliminating Costs for Taxpayers in Our National System (CORRECTIONS) Act.

The CORRECTIONS Act addresses the skyrocketing costs of incarceration by bringing successful prison reforms that have been enacted at the state level to the federal prison system. The measure seeks to reduce the federal prison population by creating a recidivism reduction program that would subject eligible nonviolent offenders to recurring assessments to determine whether they are at a low-, medium- or high-risk of becoming a repeat offender.

Nonviolent offenders who are deemed low-risk can earn up time credits of up to ten days for every 30 days they successfully participate in or complete recidivism reduction programs, such as work-training and drug counseling, sponsored by faith-based and nonprofit organizations. Medium-risk prisoners can earn up to five days, though they'll also have to have to prove that the chances of reoffending have reduced. High-risk prisoners aren't eligible for time credits until they've advanced to a lower risk level.

Eligible prisoners can earn enough time to spend 25 percent of their sentences outside of the federal prison system under community supervision. Certain classes of prisoners -- including those convicted of sex offenses, violent offenses, repeat offenses, and terrorism -- aren't eligible to participate in the program.

The CORRECTIONS Act is, as noted, based on similar reforms enacted by states across the country. Though Texas has an earned reputation for being extraordinarily tough on violent crime, the Lone Star State, in 2007, passed major criminal justice reforms that focused reducing the number of nonviolent offenders in its prison system.

These reforms not only led to the closure of three prisons and saved taxpayers $2 billion in planned construction costs, but have also led to a substantial reduction in crime and recidivism even as the state's prison population declined. Seeing this success, governors and lawmakers in other states -- including red states like Georgia and Mississippi -- have passed and successfully implemented similar criminal justice reforms.

From a fiscal perspective, as budget deficits begin to grow out of control once again and national debt soars to unprecedented levels, Congress, absent any significant movement on entitlements, will have to look for areas where they can reduce spending. Prison reform alone may be a small a relatively small step, but it's an important one because it acknowledges that the status quo is too costly.