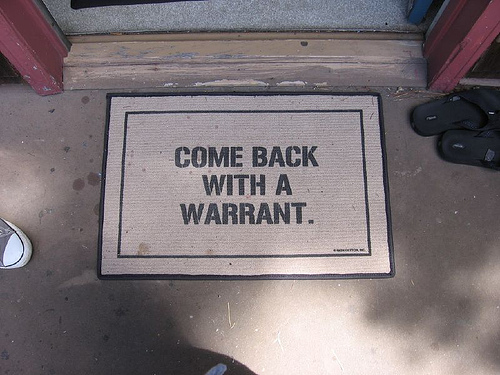 As technology advances, and we face innovations not previously dreamed of, many times poorly written legislation is taken advantage of to infringe on constitutional rights. As Chief Justice John Roberts said in his opinion:

“As technology has enhanced the Government’s capacity to encroach upon areas normally guarded from inquisitive eyes, this Court has sought to “assure[ ] preservation of that degree of privacy against government that existed when the Fourth Amendment was adopted.”

The government abused their power to obtain over 12,800 location points of Timothy Carpenter, a man who was eventually convicted after his cell phone was tracked near four robberies in the area. The Court ruled that positioning someone via tracking their cell site information is against their Fourth Amendment rights. They concluded that just because a citizen is stepping out into public does not mean that they give up their right to privacy.

The Supreme Court ruling means that now the vague and easily manipulated standard of “probable cause” and the previously established “third party doctrine” will no longer be the standard for law enforcement to acquire a justified warrant. The New York Times summarizes the new standard as demonstrating “specific and articulable facts showing that there are reasonable grounds to believe” that desired documents “are relevant and material to an ongoing criminal investigation.”

Now civilians do not have to be concerned about being tracked merely because they leave their home and know that their Fourth Amendment rights are still being protected. Justice Roberts continued:

“A person does not surrender all Fourth Amendment protection by venturing into the public sphere. To the contrary, ‘what [one] seeks to preserve as private, even in an area accessible to the public, may be constitutionally protected.’”

This decision is a victory for the American people because it makes it more difficult for the government to spy on them and their personal records while acting as a safeguard for digital privacy. The U.S. federal government has a long history of spying on its citizens with little regard for the Fourth Amendment. The Carpenter decision is an important step in reversing that trend.

Our laws must keep evolving as technology does to ensure privacy rights continue to be protected, even over newer, advanced technological mediums. The precision and accuracy of these citizen’s whereabouts being taken is neither right nor just. Our rights do not disappear merely because society becomes more advanced.

The Supreme Court should be commended for its decision to limit the ability of the government to surveil its citizens in public.. Cellphones and other technologies are used daily to make life easier and should not be subject to government abuse. This decision is another step in the right direction in securing and updating the Constitution with the safety of the American people remaining a priority. Hopefully, other lawmakers will take note of this decision and work to build a better framework for safeguarding the privacy of all Americans.

The judgement was in line with the rights of the people. We applaud the judgement