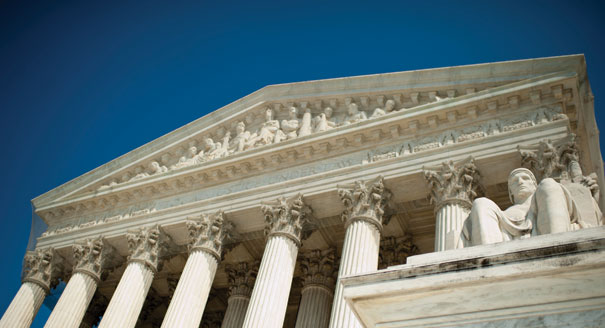 A critical case was argued before the U.S. Supreme Court late February that has major implications for the electric utility industry and future efforts by the Environmental Protection Agency (EPA) to curb greenhouse gas emissions. The case is called Utility Air Regulatory Group v. EPA and it will determine whether or not the EPA acted legally when it granted itself the authority to regulate greenhouse gas (GHG) emissions from stationary emitters such as power plants.

Background: In 2007, the Supreme Court ruled in Massachusetts v. EPA that the EPA was required to determine whether or not GHGs from vehicles posed a danger to public health. Prior to the ruling, the EPA contended that it had no authority to make such a determination or begin regulating GHGs under the Clean Air Act (CAA).

However, in 2009 and under the new Obama regime, the EPA issued an endangerment finding related to GHG emissions from vehicles. The EPA determined that these emissions posed a significant risk to public health and welfare because of, in-part, their contribution to “climate change” and the speculated impacts of such a phenomenon. The agency issued its endangerment finding for 6 GHGs: Carbon Dioxide, Methane, Nitrous Oxide, Hydroflourocarbons, Perflourocarbons, and Sulfur Hexafluoride.

Using this new endangerment finding, the EPA was able to promulgate and finalize national emissions standards for new light duty vehicles in 2010 and heavy duty vehicles in 2011. This was focused action in response the Supreme Court’s ruling in 2007. However, the EPA, using a very liberal interpretation of its governing rules, claimed that national regulation of a pollutant, or in this case pollutants, from mobile sources triggered what they referred to as the “Timing Rule”. The Timing Rule, the EPA claims, allowed for comprehensive regulation of a pollutant under the CAA, including emissions from stationary sources like factories and power plants, as soon as any other regulation of that pollutant under the CAA went into effect. In this case, the light duty vehicle GHG rule went into effect on January 2, 2011 meaning that all stationary emitters of GHGs regulated under the vehicle rule would now be subject to permit requirements set out under the CAA.

These permits for new, modified, and existing emissions sources establish strict guidelines regarding acceptable quantities of permissible emissions of the given pollutant. The CAA sets 100 to 250 ton per year limits on regulated pollutants. The problem is that 250 tons of CO2 emissions is equivalent to the emissions of about 50 passenger cars, meaning that under such standards literally millions of buildings across the country, including schools and churches with heating units, would be subject to the permitting process. This was bureaucratic legwork that even the EPA and its state-level counterparts were unprepared to undertake.

Using another questionable tactic at their disposal, EPA sidestepped the inevitable uproar of requiring churches and schools to obtain emissions permits. In 2010 the EPA issued what is called the “Tailoring Rule”. The EPA raised thresholds for emissions of GHGs from 100 and 250 tons per year to 75,000 and 100,000 tons per year for existing and new emissions sources respectively. This was meant to narrow the effected structures. However major emitters, such as large factories and coal-fired power plants, would still be subject to GHG regulations for the first time in U.S. history. As a result of this and several other restrictive EPA rules and regulations, coal-fired power plants, which exploit America’s most abundant fuel resource, have been closing at a record pace; a major threat to the sustainability of America’s power grids given significant share of the nation’s energy portfolio provided by coal.

What the Case Will Decide: The Supreme Court has decided to take a narrow look in Utility Air Regulatory Group v. EPA. Unfortunately, the Court will not revisit its 2007 decision in Massachusetts v. EPA. The EPA’s ability to regulate GHGs from vehicles will therefore remain intact, no matter the outcome. However, the Court will be deciding whether or not the EPA overstepped its bounds when it issued both the Timing and Tailoring rules.

The decision is expected sometime this summer.

What’s at Stake and Potential Outcomes: The ability to set specific GHG standards for stationary sources poses an immediate and a long term threat. First, the authority the EPA granted itself with the Timing Rule serves as the foundation for the proposed New Source Performance Standards (NSPS) rule. This rule, mothballed by the EPA a few years ago, was ordered to be resurrected by President Obama in the summer of 2013 during his climate policy push. The rule specifically enumerates Carbon emission limits over a certain time period for fossil fuel-fired electric utilities. The proposed standards have been met with near universal rejection from the coal industry as the standards are virtually impossible for coal plants to meet with existing technology. In essence, the NSPS, should the rule become final, would be an outright ban on new coal power plants. If the Court rules with the EPA, then the NSPS will proceed ahead toward finalization sometime this summer. If the Court rules against the EPA, finalization of NSPS will at the very least be significantly delayed if not completely halted.

Additionally, the EPA has been very clear that they are open to tightening CAA permitting thresholds to levels below those set out in the Tailoring Rule. The EPA has suggested that for 2016 and beyond it will be able to handle increasing amounts of permit applications, meaning that it will be able to increase the amount of facilities that are required to apply. Should the Timing Rule be upheld, the EPA could potentially be in a position to regulate every single stationary emitter of GHGs, including churches, schools, and even homes, within a few years. Finally, a scenario exists where the Timing Rule is upheld yet the Tailoring Rule is struck down. What this would mean is that the EPA acted legally in applying universal regulation of GHGs, however acted illegally when it arbitrarily raised the thresholds for permitting so that only the largest emitters would be covered while sparing smaller facilities and structures. While both the Timing and Tailoring Rule should be struck down by the Court, this scenario would put the EPA in a serious bind as it would require the agency to immediately regulate millions of new facilities now covered by the newly lowered thresholds. This could create a massive bureaucratic headache for millions of Americans and therefore drive enough political pressure to force a comprehensive reevaluation of the power that has been delegated to EPA by Congress via the CAA and the courts through Massachusetts v. EPA.