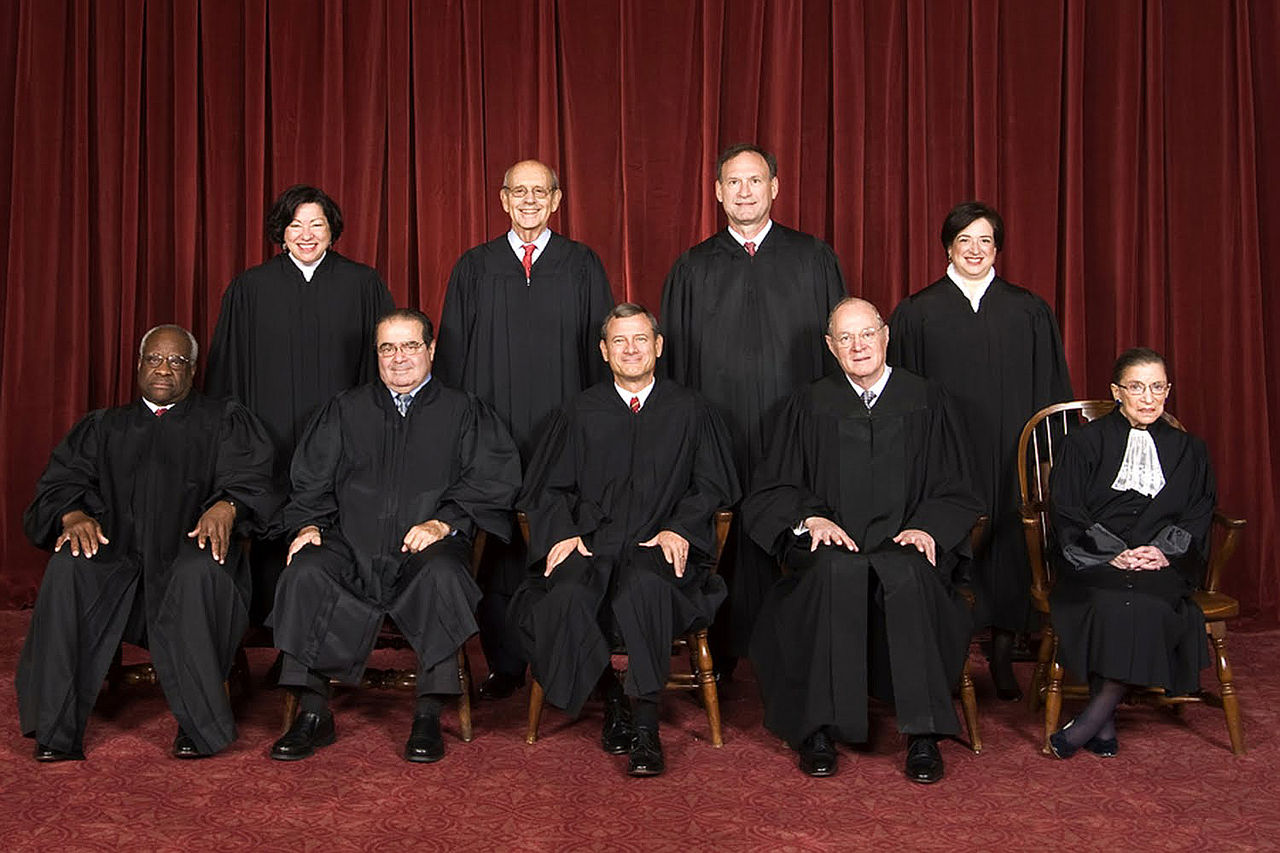 The Roberts Court readies itself for another term of important cases

Holt v. Hobbs: (8th Circuit) Holt, a prisoner serving a life sentence in Arkansas wishes to keep a half-inch beard in compliance with his faith. Under Arkansas grooming policy, only those with dermatological problems may have a quarter-inch beard. Holt is challenging the policy under the Religious Land Use and Institutionalized Persons Act which prohibits the government from restricting an inmate’s ability to practice religion, unless the restriction has a compelling interest and follows the least restrictive means.

Elonis v. United States: (3rd Circuit) Elonis made threatening posts on Facebook after his ex-wife filed a restraining order against him. The district court held the government did not have to prove Elonis subjectively intended to issue a threat in order to convict him of making criminal threats. Supreme Court precedent in Black v. Virginia shows a speaker’s intent matters for threats. The Court will decide whether criminal threat convictions require proof of subjective intent to threaten, or if it is enough for a “reasonable person” to perceive the speech as threatening for a conviction.

Yates v. United States: (11th Circuit) Yates captured fish smaller than the legal limit. Upon inspection, Yates was issued a citation; after, Yates ordered the crew dispose of the fish. Yates was charged with destroying evidence of his crime. The statute Yates was charged under makes it illegal to knowingly “destroy or conceal” any “record, document or tangible object” to influence an investigation; this statute was created in light of the ENRON scandal to protect documents involved. Yates argues “tangible objects” must include some information or storage device. The Court will decide whether the destruction of fish qualifies as a “tangible object.”

Heien v. North Carolina: (NC Supreme Court) An officer executed a traffic stop on Heien for a broken taillight. The officer ended up searching Heien’s car and found cocaine. Heien moves to suppress the evidence because the officer misinterpreted the law; North Carolina law allows for drivers to operate with one functioning taillight. According to Heien, the officer’s misunderstanding of the law led to an unreasonable search, thus violating his 4th Amendment rights. The Court will rule if a mistaking of the law supports “individualized suspicion” needed to justify a traffic stop under the 4th Amendment.

Arizona State Legislature v. Arizona Independent Redistricting Commission: (AZ District Court) Arizona Republicans believe the redistricted boundaries drawn by the Independent Commission were favorable to Democrats. The Court will review whether the Elections Clause of the Constitution permits Arizona to use an independent commission to draw up districts; this decision could impact other states that use commissions for districting.

Comptroller v. Wynne: (MD Court of Appeals) Maryland taxes at both the state and county level. For those who earn multiple incomes in different states and pay taxes in those states, Maryland issues credits for those taxes on the state level, but not the county level. Wynne argues failing to provide a setoff to the county income tax violates the dormant Commerce Clause and discriminates against interstate commerce. The Court will decide whether the constitution requires a state provide taxpayers a credit for taxes paid on incomes generated from other states.

Zivotofsky v. Kerry: (D.C. Circuit) The Executive Branch has long standing policy of not recognizing any country’s sovereignty over Jerusalem. Zivotofsky’s parents requested his passport show Israel as his birthplace. The State Department refused. Now the Court will rule whether Congress has constitutional authority to compel the Secretary of State to list “Israel” on a passport as the birthplace of someone born in Jerusalem.

Reed v. Town of Gilbert: (9th Circuit) Good News Community Church puts up signs around Gilbert to advertise its services. Town policy dictates the signs may not be bigger than six square feet and can only stay up 14 hours. Regulations on signs differ from type to type of sign. The church challenged the sign code as a content-based restriction of First Amendment rights. The Court will weigh in on how to determine whether a town’s sign code is content-neutral.

Young v. UPS: (4th Circuit) UPS offers light duty work to those injured on the job, disabled under the Americans with Disabilities Act, or lost Department of Transportation certification; they do not offer light duty to pregnant employees unless she falls under one of those three categories. The Court will review whether this policy violates the Pregnancy Discrimination Act.

What to watch for

With various ruling across the country over the legality of IRS-issued subsidies under federal health insurance exchanges, there is a growing possibility the Court will take up the issue. If so, there will be another impactful, primetime battle in the high court over the Affordable Care Act.