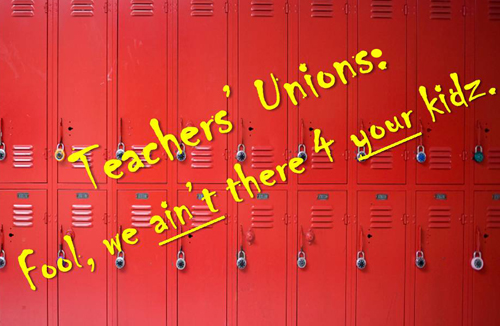 The case is seen as an avenue to allow the Court to overturn its Abood decision. While the Court does not often overturn its previous decisions, the Abood decision is seen as ripe for review. Just last year, in Harris v. Quinn, the Court ruled that the First Amendment prohibited the collection of agency fees from the plaintiffs and hinted that they would be willing to go further if the right case came before them.

The Friedrichs case brings the legality of agency shop arrangements to the forefront. Under agency shop, all employees in a workplace pay union fees, even if they are not members of the union. The first time agency shop was extended to government workers was in 1977 with the Abood decision. The theory behind allowing unions to collect these fees is to prevent a free rider problem of workers gaining union benefits without paying fees.

However, in California, agency fees can also include lobbying specifically on public education policy. Further, making non-union members contribute to union workplace costs allows more of the union members’ dues to be shifted to lobbying activities and political contributions.

Since agency fees generally cannot be used in attempts to influence public policy, the plaintiffs in Friedrichs claim government employees cannot be forced to pay any agency fees. Their argument is that all the activities of public unions are attempts to influence public policy since even contract negotiations are made between the unions and the government. Because of this, any fees paid to the unions are compelled political speech in violation of the First Amendment.

Even if the Court does not go all the way and overturn Abood, the plaintiffs have a second argument that would invalidate the specific agency shop arrangement in the case. They argue that it is a violation of the First Amendment to make employees affirmatively object to subsidizing the union’s political speech rather than require employees to affirmatively consent.

This case will be one of the larger cases decided by the Supreme Court in their next term, which begins in October. It could have huge effects beyond the case if the Court does overturn Abood. If unions can no longer force government employees to pay agency fees, much of their financial support would diminish. With unions increasingly reliant on public employees for support as private union membership diminishes, a favorable ruling for the plaintiffs could greatly diminish the political clout of unions across the nation.