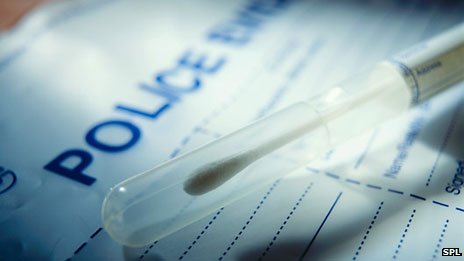 Monday was a bad day for the Fourth Amendment. The Supreme Court ruled in Maryland v. King, by a vote of 5-4, that it is constitutional for police to take DNA swabs of felony arrestees--who have not yet been convicted of anything--without a warrant. Yikes. All freedom lovers should be disappointed in the SCOTUS’ wrong decision: it’s a violation of our individual liberty and just downright creepy.

The issue, at hand, is not whether the government can take DNA from people convicted of a crime. All states require DNA collection from individuals convicted of a felony. Instead, the issue is whether it’s constitutional to take DNA samples from people prior to their trial. The Supreme Court ruled: yes.

What ever happened to innocent until proven guilty? That is supposed to be a foundation of the American judicial system. Innocent people are sometimes arrested and then later acquitted. Is it constitutional for the government to take an innocent people's DNA without their permission and hold it indefinitely? Absolutely not, that is a clear violation of the Fourth Amendment’s ban against unreasonable search and seizure.

As Justice Scalia said from the bench, “Make no mistake about it: because of today’s decision, your DNA can be taken and entered into a national database if you are ever arrested, rightly or wrongly, and for whatever reason.”

The majority opinion, unfortunately, makes the false claim that DNA swabbing is necessary to identify the suspect. But as Justice Scalia notes in his dissent, “These DNA searches have nothing to do with identification.” By law, DNA testing only starts after arraignment and bail decisions are already made. At that time, the suspect has long been identified.

So what’s the difference between taking DNA and fingerprints? One is actually used for identification and one is not. Scalia says that DNA analysis can take months, while the “average response time for an electronic criminal fingerprint submission is about 27 minutes.” Clearly, it is unreasonable to wait several months before a suspect is identified.

What if DNA evidence is needed to help solve the case? As Senator Ted Cruz who opposes the ruling writes, “If the government has good cause for needing the DNA sample—such as trying to match DNA at a crime scene to a particular person where there is other corroborating evidence—then the government can ask a judge for a search warrant. That’s what our Framers intended—judicial checks on extensive government power to invade our personal lives.”

The government seems to think that it can search people without warrants, but the Fourth Amendment says otherwise. This is just one more horrendous example of the government trampling on our civil liberties. The Supreme Court made the wrong call and did not uphold the true intent of the Constitution.

From the court that brought us the healthcare plan that was sold on the idea that it's not a tax...defended as legal in front of these very justices because it was a tax.....declaired legal by a bare majority of said justices on the basis that it's a tax. Is anyone that cares enough to follow these events REALLY suprised....??

And we still don't hear serious talk of impeaching justices and judges. People seem eager enough to talk of the more superficial and temporary solution of impeaching people like Obama.

It will take a group of US to make this happen - not writing in to, or lobbying, congress members and preparing NOW for the next elections. By US, I mean people like whoever is reading this comment - because no one else is doing it. It starts with preparing cases, getting legal input and formatting, and creating an ongoing specific demands. Without specific goals, there is nothing to aim for and nothing will be changed.

Of course the Supreme Court made the wrong call. They were placed in their positions to make the wrong call in order to justify actions their clout has taken or intends to take. But, I have also heard that DNA samples were and are being taken from every live, hospital birth in this country and stored in a central data bank. I could be wrong on that, but it sounds like something our government would do.