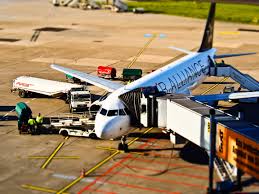 Allocating more than $760 billion over five years to various projects and agencies, the Moving Forward Framework amounts to an omnibus bill that covers everything from brownfields to broadband. Rather than looking at each issue separately and holistically, House Democrats chose to lump everything they possibly could into this legislation. The resulting bill is a jumbled mess of changes to every conceivable program even remotely related in infrastructure, including poisoned provisions on healthcare, drinking water, carbon emissions, and labor law. In addition, the bill also includes nearly $3.4 billion in pork barrel projects disguised under the misnomer of “Transformative Regional Investments.”

Once again, House Democrats have fallen into the political trap of trying to fix everything all at once. History has demonstrated that incremental change is more effective than omnibus legislation; just ask President Obama.

Taken as whole, the proposed legislation is a disaster. But, beneath the chaff lays a single gem.

Current industry estimates state that American airport infrastructure will require $128 billion by 2023 just to keep up with market growth. Furthermore, in our current fiscal situation, the federal government making such significant investment would require cuts elsewhere, making direct investment at such levels untenable. The solution to this conundrum comes from Section 109 of the Aviation Safety Capacity Expansion Act of 1990 in which Congress created a carve-out exception to the Anti-Head Tax Act of 1973 for airports. This law effectively allowed airports to impose Passenger Facility Charges (PFCs) in ticket prices to be used to fund airport infrastructure projects, capped at $3.00 per flight segment.

Since their inception, PFCs have become a crucial revenue stream for both regional and international airports. These user-based charges are added onto the cost of a flight for the express purpose of maintaining and improving that specific airport. Most importantly, PFCs allow airports to invest in themselves without being hamstrung by and beholden to large air-carriers that have traditionally wielded immense control

Large airlines wield this immense control over the distribution of federal grants, but also over the decision making of airports themselves, which drives down competition -- and drives up ticket prices. Many airports heavily rely on infrastructure funding from large airlines that in exchange demand control over gate usage that would otherwise be used by competitor airlines. Many large airline-funded airport infrastructure projects also themselves end up benefiting the large airline, further quashing competition.

To avoid a continuing cycle of this anti-competitive behavior, legislators should recognize the good that can be done by instead using PFCs. Were the PFC cap to be increased, or better yet to be uncapped, consumers would see lower overall ticket prices, despite a marginally higher PFC per segment. This is because airports would no longer have to rely on self-interested large airlines to fund their infrastructure needs and would instead use PFCs, eliminating the dominance of gates by large airlines that frequently go unused. Increasing access to airport gates for smaller airlines significantly reduces the barriers to entry for cost-saving carriers, granting consumers greater freedom of choice and driving down average air fares overall.

PFCs are currently capped at $4.50 per flight segment, having last been updated in 2000. As we highlighted in a previous piece, PFCs are the only “pro-market way to address the funding needs of America’s airports,” that don’t rely on federal subsidies or on anti-competitive deals between large airlines and airports that ultimately drive up ticket prices for consumers by driving away competition.

Fortunately, House Democrats seem to agree with classic liberals that PFCs are the best way forward to solve the funding pitfalls plaguing our airports. Unfortunately, House Democrats haven’t gone far enough in their effort to improve PFCs. Even worse, the proposal included in the Moving Forward Framework is simply a watered-down version of a superior bipartisan bill from Rep. Thomas Massie (R-Ky.) and Rep. Earl Blumenauer (D-Ore.).

The Moving Forward Framework would increase the PFC cap by an unspecified amount and index it to inflation. While this would be beneficial to a program that hasn’t been updated in two decades, leaving the cap in place prevents market forces from optimizing PFCs and is likely to result in lower revenue for airports -- and higher ticket prices for consumers -- than Rep. Massie’s plan.

The Investing in America: Rebuilding America’s Airport Infrastructure Act, H.R. 3791, goes one important step farther than the Democrats’ Moving Forward Framework. Instead of simply raising the cap only to then need to raise it again in twenty years, H.R. 3791 would totally eliminate the cap on the PFC. More importantly, H.R. 3791 would also reduce the total statutory subsidy under the Airport Improvement Program (AIP) and disqualify airports whose PFCs exceed $4.50 from receiving federal subsidies. This would have the effect of allowing airports to become more self-reliant and less dependent on taxpayer funds.

By contrast, the Moving Forward Framework continues the long and factitious policy of federal subsidization. Whereas uncapping PFCs could create a situation where federal subsidization is unnecessary, House Democrats have dedicated to increasing AIP subsidies and even go so far as to create an entirely new program -- the Airport and Airway Investment Program -- that would further subsidize our airports through block grants.

Addressing our infrastructure shortfalls is an essential and laudable goal for the 116th Congress, but House Democrats’ vehicle to achieve this goal is fundamentally flawed. Even the one good line item is just an inferior version of a similar proposal. Congress should cease legislating through giant, unamendable omnibus bills and approach these issues in an nuanced and holistic manner rather than through blunt force.