TARP 2.0? ObamaCare bailout payments have to be authorized by Congress, says GAO 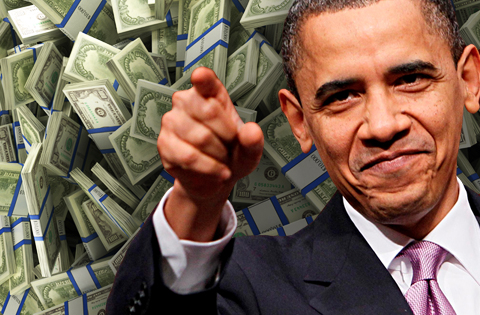 If the Obama administration officials want to bailout insurers that lose money on the ObamaCare exchanges, they'll have to go through Congress.

In a memo to Sen. Jeff Sessions (R-AL) and Rep. Fred Upton (R-MI), the Government Accountability Office determined that the Centers for Medicare and Medicaid Services doesn't have any legal authority to disperse funds from the "risk corridors" program until Congress authorizes the payments.

The risk corridors program is meant to transition insurers into ObamaCare, redistributing money from health plans that make money to those in the red. The Congressional Budget Office originally scored as budget-neutral, meaning no net-cost to taxpayers, but that assumed the risk pools would be properly balanced with young and healthy customers who would offset the losses insurers would incur with older and sicker people. That was a rather rosy scenario, however, because the demographics of ObamaCare enrollees were worse than expected.

The House Oversight and Government Reform Committee released a report in July finding that all but two of the traditional insurers participating in ObamaCare would receive payments from the risk corridors program. This bailout, according to the report, will cost taxpayers at least $725 million.

The GAO memo notes that, in order for these payments to be issued, Congress will have act. Here's the relevant section of the memo, (emphasis added):

Crony insurers were already worried that congressional Republicans were setting the stage for repeal of the risk corridors provision and began lobbying against proposed legislation to accomplish that end. There is, of course, the very real possibility that the Obama administration will, once again, ignore the law, circumvent Congress, and issue the payments, anyway.

But insurers may still try to pressure Congress to authorize the payments -- possibly in the upcoming lame-duck session, setting up the stage for another TARP-like showdown -- in which the grassroots will be watching to see if Republicans leaders go along with the rentseeking insurance lobby or take a real stand against ObamaCare.