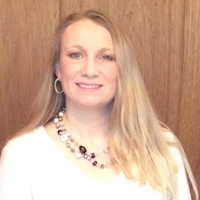 I am currently a teacher in a smaller school district in Wyoming. I attended a Wyoming Department of Education training for the ELA Common Core Standards in July, prior to starting the 2012/2013 school year. I came to this training knowing only that Wyoming, along with 45 others states were choosing to adopt the standards fully by 2015. The Wyoming Department of Education presenters were suggesting we use some of the methods I had been trained to use in Utah, and had previously used when I taught there. Since our state and district benchmarks would not be fully aligned with textbooks, curriculum, and testing until 2015, I wanted to get a head start.

I looked into what my former colleagues were doing in Utah. This is when I discovered the movement that two moms from Utah and Christel Swasey have been a HUGE part of. I was FLOORED! I had no idea that there was a different train of thought, let a lone a movement against the implementation of Common Core.

This peaked my curiosity and caused me to do some researching. I quickly realized how ignorant I was about our country’s education system and how the U.S. Department of Education affects what happens in our schools. It was truly ignorance on my part, as I only saw how things happened on a local level and never really thought about the effects of national legislation on a small town in Wyoming.

The more I researched, the more I become aware of how much I didn’t know! I also began forming my own opinions about how this could potentially limit local voices from parents, teachers, and administrators. I chose to share my research and opinions with my administrator and a few close colleagues privately. I emailed links to the research I’d done, along with my views on what is happening, and how it could potentially affect us as parents and teachers. After the email was sent I met one-on-one with my administrator, where we discussed Common Core and the research I had done and continue to do. Basically, I left that meeting knowing that he disagreed with my opinion. However, I left with the feeling that we would agree to disagree. He also pointed out the fact that our state and district would be moving forward with Common Core and I would need to be on board with it.

The next day I was approached by a fellow teacher who I’d shared my concerns with. They asked if I would be comfortable sharing my concerns at a grade-level meeting, as others were curious. I agreed to do so. During the meeting I spoke of several movements in various states that are pushing to repeal the adoption of Common Core, or at lease give more time to consider it. I spoke of being shocked that I was ignorant of any controversy surrounding Common Core. I shared my feelings, concerns and opinions. I suggested they become aware that there are two sides to this and to be prepared to have an opinion. I pointed out that questions could come from concerned parents or others in the community. I also shared that my main concern was with the changes to data privacy and losing local control. When I was finished, my administrator said that there would be no more emailing or talking about Common Core amongst the staff. There was a finality to his tone and the meeting was quickly over. I then received an email from my administrator reminding me of our district policy of not using school resources to push political concerns or agendas. He also stated that there was to be no more discussion about Common Core unless it was on an “educational” basis between staff members.

Ironically, I had several teachers contact me outside of school that same day, to say they were shocked at my administrators tone. They feel I was being genuine in sharing information that was previously unknown and could potentially affect educators. Several staff member have also approached me saying that they are grateful for this information and are now researching it on their own.

The question being asked in my school now is… Why can’t educators do what they do best? Isn’t it better to question and discuss things, even if we don’t agree on them as to find what is best for the children we have been entrusted with? Should we turn a blind eye, and be lead like sheep off the cliff?

What is wrong with forming an opinion and discussing it, whether we agree with each other or not? Why stifle this? I don’t think he realized that he just gave fuel to what was once a single voice!

A couple of weeks later I met one-on-one with my district’s superintendent and curriculum director. She listened to my concerns and took information and documents from me that included research I had done on the history of Common Core, including data mining, and how the Bill Gates’ Foundation is involved. My curriculum director only spoke of how we need to prepare our students for the 21st Century, jobs that have not yet been created, and how the world needs to come to them. They need to see beyond Green River, Wyoming. (We have already been doing this… at least all good teachers do this and have LONG before Common Core!) My superintendent was open to my concerns, yet said she has seen things come and go in education, and that is just how it is. If it is something that is harmful, we will take action to change or remove it… after the fact! I again explained that is the main thing I’m concerned with! We WON’T be able to change it! My superintendent also kept bringing up what she called the “fact,” the standards are more rigorous and will cause students to dig deeper and more in depth into subjects. I told her that I wasn’t there to discuss the quality of the standards (though there is a LOT of research out there against it) but was concerned mostly that we have given away our local voice for parents, teachers, and local school boards when it comes to our children’s education.

A couple of weeks later, I decided to resign from my teaching position. This was a VERY difficult choice for me! I LOVE teaching and was blessed to be teaching with some wonderful colleagues. There is a chance my husband’s job will move us, so I told my administrator that was part of my decision to resign. My decision was made easier knowing I will do more for education fighting Common Core! I will speak for those teachers that are too afraid to speak out! I had several come to me wishing me luck, and giving me support, but feared doing it openly would jeopardize their jobs!

I recently created a blog at http://wyomingagainstcommoncore.wordpress.com.

It is there that I explain my story and how it lead me to join the fight for freedom in education. Through that blog I have also been blessed to have met up with a wonderful group of moms from Wyoming that are also fighting: http://www.facebook.com/groups/stopccinwy.