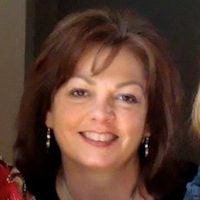 My name is Mary Kass, married and a full time working mother of three. I was concerned about the direction of our country and wondered if my children will ever know the meaning of true freedom? Or even what kind of government they will inherit? I spent the last 4 years studying history from the Founding Fathers to the Progressive Movement, networking with other conservative groups and Tea Party leaders. I am the Co-Founder and President of The Greater New Orleans Tea Party. As of today, I have presided over the Tea Party with 330 meetings that include seminars, workshops, freedom picnics and my favorite—RALLIES. My number one issue today is the Common Core State Standards. I believe this is the fundamental transformation of our Education system. It will dismantle our form of government, eliminate parental rights and destroy our state sovereignty. I have no intention of retiring from the Tea Party, for I believe to be free one must be vigilant. The Tea Party mindset is here to stay. My Common Core journey began with this posting on my Tea Party Meetup site May 12, 2009:

On Wednesday, April 29, the U.S. House of Representative’s Education and Labor Committee held the 111th Congress’s first hearing on the potential reauthorization of the Elementary and Secondary Education Act (also known as the No Child Left Behind Act). Entitled “Strengthening America’s Competitiveness through Common Academic Standards,” the hearing could foreshadow a serious threat to the freedom of homeschoolers nationwide and America’s constitutional tradition of limited government.

While not connected with any bill yet proposed in Congress, the U.S. representatives on the committee dedicated the hearing to the discussion of a plan to potentially eliminate virtually all state control over the education system, and centralize education in Washington, D.C. through nationalized standards, which would lead to nationalized curriculum tests, and textbooks. Read on…

After reading the letter above and doing research on my “off times,” a nagging voice in my head was telling me “not good, Mary!!” and I thought—we have been warned by Obama—“I am five days away from fundamentally transforming this country!” and along with the warning of Joseph Califano, Secretary of Health, Education and Welfare in the Carter administration, who noted that “in its most extreme form, national control of curriculum is a form of national control of ideas.” I knew we were being lulled into accepting the dismantling of our Republic.

Although our Tea Party group focused on many issues throughout the years, I kept my members involved in the Common Core issue. The School Choice debate in Louisiana brought out some strong opinions and viewpoints. The Greater New Orleans Tea Party did stand against the CHOICE debate at the time because we understood “CHOICE” was the same rhetoric as “Hope and Change”—another feel good term that meant whatever the recipient wanted it to mean. What is choice? When you as a parent can send your child to any school, but because all schools would be at the same academic standards defined as COMMON, it is a FALSE CHOICE.

Yelling in the wind—that was me for a long time. I would scream at GBTV and say I AM DOING SOMETHING but people just don’t “GET IT.” When it came to education issues and standards, all people, regardless of political party wanted better standards. Parents did not rise up because they liked their school, or principals and teachers. Their kids were happy. They didn’t want to rock the boat. I felt it was so complicated to explain and most parents did not have the time—this issue was heading to the waste basket under “a lost cause,” but my inner voice kept saying: “Don’t stop.”

I could not understand why FreedomWorks was so against ObamaCare but they were letting ObamaEd take hold. Naysayers would tell me, “FreedomWorks was just a group vying for donations and control of the grassroots groups.” I kept hearing “the fix is in,” “don’t trust,” “Glenn Beck and FreedomWorks are in for whatever money they can get”—I was beginning to believe the naysayers rhetoric. But I did continue to read, research, make flyers, talk to people, and have Tea Party meetings focused on Common Core. When I had the opportunity to speak with a Representative or Senator, I would ask them about Common Core.

I didn’t want any member in my Tea Party thinking I was giving up or feeling defeated. I kept a positive outward appearance that things were happening. I always spoke out “Hey! we can do this, keep the faith.” My inner voice, “I’m dying here folks… we need the big guns!”

I would get on Glenn Beck’s, Stu’s and Pat’s Facebook pages and plug information: STOP COMMON CORE. I emailed Michelle Malkin, Laura Ingraham, Mark Levin, Rush Limbaugh, several times: TIP—FEDERAL TAKEOVER OF EDUCATION COMMON CORE. I used a friend and contact at The Blaze. I would email her: “You have to tell Glenn he is missing this huge issue.” She could not help me at the time. Again my inner voice telling me “its over,” but outwardly “Come on let’s do it!” I’m thinking I am bipolar at this time.

I was one of the first 10 people to like “Truth in American Education.” I spoke personally to them back in January 2012. I wanted them to come to Louisiana to help wake people up. I could not get enough financial backing to make it happen. After all, it wasn’t on anyone’s radar.

Restoring Love in Dallas, TX on July 2012. I decided to do one last push in getting the word out “Stop Common Core.” I had 5,000 business cards printed that said “STOP THE NATIONALIZATION OF OUR EDUCATION – Contact FreedomWorks and ask them to HELP.” Thinking if FreedomWorks kept hearing from the grassroots about Common Core, they would look into the problem. A guiding hand was with me those two days and I was in the right place at the right time. I happen to sit in the same section as Monica Crowley, Deneen Borelli, Matt Kibbe and his wife, Sen. Mike Lee, Pastor CL Bryant (who knows me) and many other movers and shakers. I had those cards and I gave them out. I received no feedback but in my heart I knew I planted the seed. I watered that seed with prayer.

With many personal family issues and gaining NO traction, “I’m done,” I said to myself. I did all I could and I was ok with that decision. God was calling me to care for my elderly parents and they moved in with me. Tea Party issues had to take a back seat.

Until one day I received oodles of emails—“MARY – DID YOU HEAR Michelle Malkin – she spoke out against Common Core,” “Mary – Did you hear Glenn Beck is doing a show on Common Core!” Finally prayers are answered.

I met Bridget Wagner (Heritage Foundation) at the first Tea Party convention I attended. She called to invite me to the 2013 Heritage Resource Bank in Orlando, FL on April 23 and 24 because she knew I was fighting Common Core. I spoke with Lindsey Burke (Heritage) several times during the year about her exit plan on Common Core. Heritage was having a Common Core panel discussion with experts including Michelle Malkin. Well! How could I bypass that opportunity? I went, I learned, and I was pushed further to act in my state. My network of contacts was growing. Ted Rebarber (AccountabilityWorks), Jim Stergios (Pioneer Institute) , Neal McClusky (Cato), Lindsey Burke (Heritage), Heather Crossin (Indiana Moms Against Common Core), Christel Swasey (Utah Moms Against Common Core), Emmett McGroarty (American Principles Project). WOW! Now, I can take this knowledge, energy and network and bring it to Louisiana.

I pulled together some key people and groups who could and ARE willing to help. The Stop Common Core Coalition has formed and we convinced Senator A G Crowe to file SCR 68. SCR 68 Requests BESE and the Department of Education to withdraw from the Common Core State Standards Initiative and cease all activities related to implementation of such standards. Emmett McGroarty and Jane Robbins from American Principles Project are coming to Louisiana to help the Stop Common Core Coalition fight back on Common Core.

May 16, 2013 is an important day at the Legislature for Louisianians—a beginning in restoring parental rights and state sovereignty. If we can bring focus to the Common Core debacle through this resolution we are on the path to right this sinking ship. I intend to keep the faith by attending workshops, leader meetings and networking to continue in the fight to restore education to its proper place. Local control.

UPDATE: SCR 68 did not pass—Can you say “disappointed?” But rest assure, our battle is just beginning.