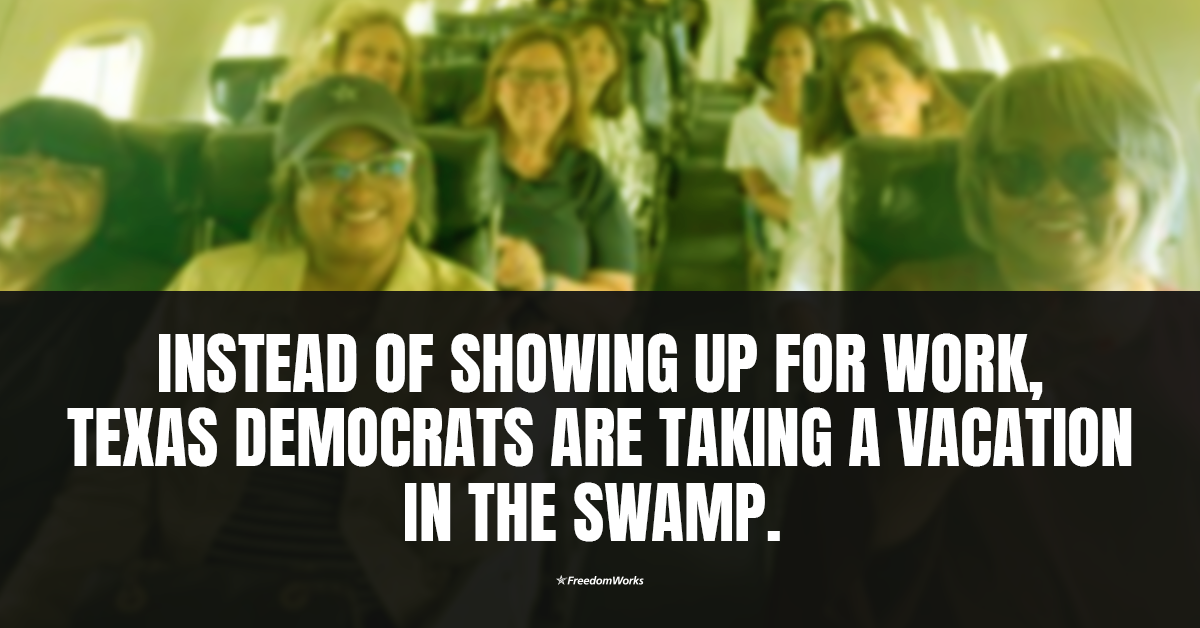 Earlier this year, Texas Democrats walked out of the State Capitol to deny a quorum and prevent a vote on election integrity legislation. In response, Gov. Greg Abbott called a special session of the state legislature, with a clear agenda that ranges from stopping the spread of Critical Race Theory to protecting the integrity of Texans’ votes.

Unsurprisingly, Texas Democrats again abandoned their voters for a trip to Washington D.C. to delay the passage of SB 1 and put a halt to the special session. Introduced by Senator Bryan Hughes, SB 1 is a comprehensive election integrity bill that protects both the security and transparency of the electoral process.

The contempt that these left-wing politicians show to their voters and the electoral process is startling.

What is a quorum, and how does it work?

What recourse do Texas Republicans have?

Election integrity remains a priority for state legislatures across the country. Unfortunately, despite the overwhelming support for measures such as voter ID, Democrats continue to refuse common-sense election reform. The political stunt pulled by Texas Democrats undermines the will of Texans, as well as the sanctity of their vote.

Texas Democrats are not alone in their willingness to stymie legislation that protects election integrity and the right to vote. Politicians in Washington are actively trying to undermine state legislatures and fundamentally transform the electoral process.

Currently, Democrats in Washington are relentlessly pursuing a federal takeover of our elections. H.R. 1, “The Corrupt Politicians Act,” is an unprecedented expansion of federal authority in American elections. This disastrous bill would make elections less secure, send millions of dollars in welfare to politicians, and trample the First Amendment. Thankfully, the Senate’s 60-vote threshold of the legislative filibuster keeps “The Corrupt Politicians Act” at bay for the time being.

Despite the Democrat’s convenient newfound appreciation for the rights of the legislative minority, left-wing radicals are still calling for the abolition of the filibuster. Not only would this move breathe life into “The Corrupt Politicians Act,” but it would also aid in the passage of H.R. 4, The John Lewis Voting Rights Act.

H.R. 4 would create a pre-clearance requirement for state election laws, effectively granting President Biden’s Department of Justice (DOJ) veto power over any change in election law. Under Attorney General Merrick Garland, the DOJ has already put its animus for election security on full display with a lawsuit against Georgia’s election integrity reforms.

While Democrats claim to be “protecting democracy,” their actions tell a far different story. In Washington, Democrats are looking to consolidate power and undermine the authority of duly elected state legislatures--while in Austin, Texas, Democrats pack their bags and run to the swamp rather than represent their constituents.

On behalf of FreedomWorks’ activist community, I urge you to contact your representative and ask him or her to vote NO on the NASA Enhanced Use Leasing Extension Act, H.R. 5746. This bill is nothing more than a vehicle for Leader Chuck Schumer to fast-track legislation to federalize our elections and eventually dismantle the legislative filibuster.