Thad Cochran and the Ex-Im Connection 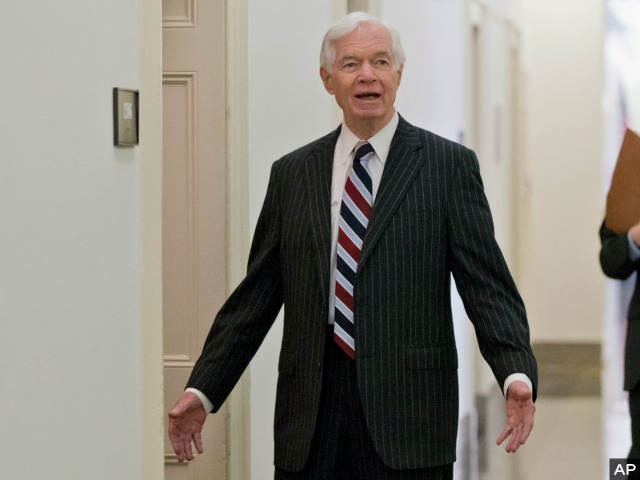 In just over a month, September 30th, the Export-Import Bank of the United States will expire, if Congress would just let it.

“The Export-Import Bank has played an important role in keeping American businesses globally competitive against foreign companies whose governments aggressively attempt to undercut U.S. products,” Cochran said. “The bank has an important role to play in both protecting American jobs and fostering an environment that helps create new jobs.”

The fact is that the Ex-Im Bank’s official purpose in existence is to subsidize and guarantee loans for U.S. companies’ export contracts, when they supposedly cannot obtain those loans elsewhere. Of course, the problem with this line of reasoning is that if these companies cannot secure these loans on the open market, it means that they are too high-risk for private lender – meaning that taxpayers are getting stuck backing second-rate loans.

Further, the foreign companies which purchase the subsidized U.S. goods can use the savings from the cheaper goods to turn around and undercut their U.S. competitors. Thus, Ex-Im subsidizes American jobs at the cost of… other American jobs (and American taxpayers pay the bill).

But while conservative Members of Congress and outside groups alike have seized upon the opportunity to just let Ex-Im expire at the end of September, Senator Cochran continues to push for its renewal.

Why? Perhaps the answer lies in the financial reports from his recent primary race. Of the top ten companies to receive Ex-Im loan guarantees, four of them donated large quantities of money to Cochran’s reelection (Boeing, General Electric, Caterpillar, and Sikorsky). Boeing, which in particular has been the single largest beneficiary of Ex-Im loans in recent years, donated $16,300. In addition, the U.S. Chamber of Commerce, which has been one of the biggest supporters of reauthorizing Ex-Im, spent $1.2 million in ads on behalf of Cochran and against his opponent Chris McDaniel. The Chamber also dumped an extra $100,000 into Cochran’s Super PAC.

Cochran’s support for Ex-Im seems like just another blatant example of the “I’ll scratch your back if you scratch mine” cycle of lobbying and corporate welfare that sadly defines much of how business is done in Washington. Senator Cochran gets lots of donations, his wealthy backers get more handouts, and the taxpayers lose.