Thanks to Democrats China Poised to Cut $15.1 Billion Oil Deal With Canada

Thanks to Barack Obama and Democrats the Canadian government is finalizing $15.1 billion oil deal with China.

The Keystone Pipeline project was expected to create tens of thousands of high paying jobs in the oil industry. The project itself would create 20,000 construction jobs. And the pipeline would bring oil from Canada and North Dakota to refineries in the United States.

But it was just a big pipe dream. Obama rejected the plan. 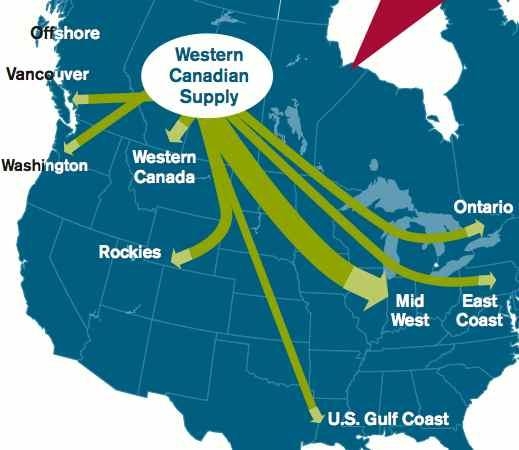 When President Barack Obama blocked the Keystone Pipeline, Republicans said the move would encourage Canada to pursue oil deals with China instead of the United States and cede a massive chunk of North American oil assets to the communist nation.

In a draft letter to the Committee on Foreign Investment in the United States (CFIUS), Sen. Schumer writes:

I respectfully urge you, in your capacity as chairman of the Committee on Foreign Investment in the United States (CFIUS), to withhold approval of this transaction to ensure U.S. companies reciprocal treatment.

This deal prompts great concern about the Chinese government's continued attempts to use its state-owned enterprises to acquire global energy resources.

Once again, thanks to Democrats, America is getting the shaft.
But at least they kept their donors happy.